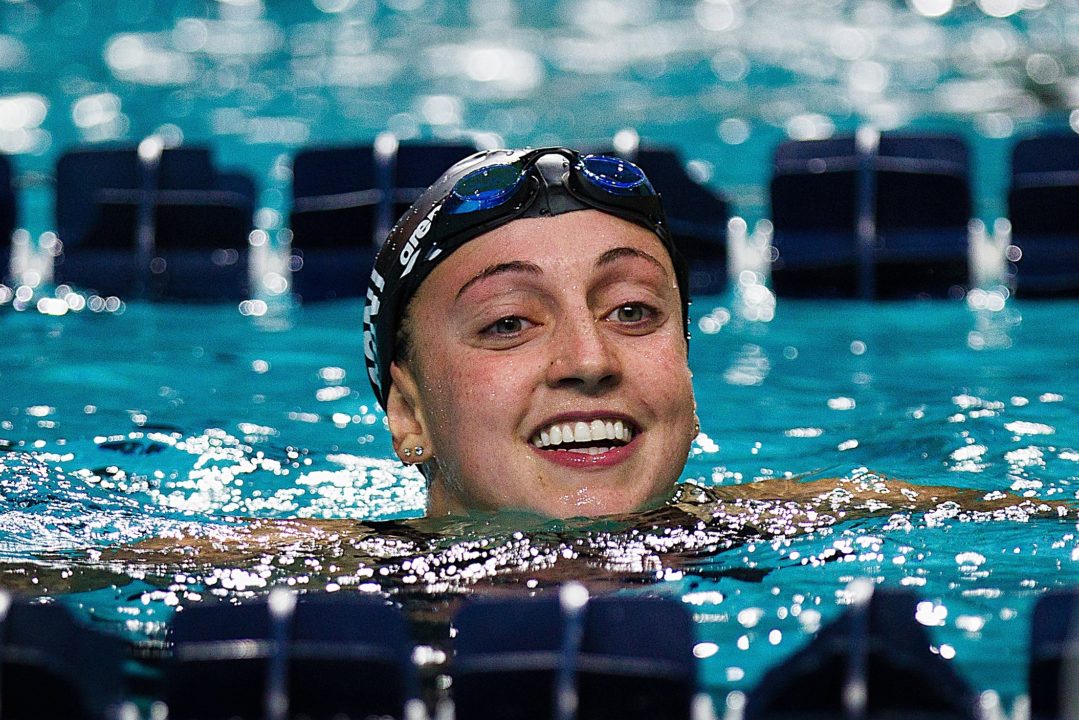 Olympians Kim Vandenberg and Rebecca Soni have launched a campaign to support their efforts to build a home for a family in need in Mexico via Hope Sports. Current photo via Tim Binning/TheSwimPictures.com

Just as swimmers can grow and develop their skills, so can their coaches. Enter the Summer League Coach Certification Course.

The Atlanta Swim Association is the latest, and largest, summer swim league to provide SwimTopia’s swim team and meet software platforms to all its teams.

Olympians Kim Vandenberg and Rebecca Soni have launched a Dreamfuel campaign to support their efforts to build a home for a family in need in Mexico via Hope Sports.

You can support the campaign here and get some pretty awesome things in return.

Hope Sports is a nonprofit organization founded by Guy East with the purpose of uniting athletes to bring hope to the world. Guy is a professional track cyclist who has competed on the US National Team and other professional cycling teams since 2005. In 2009, at the peak of his career, Guy saw extreme poverty while racing in Mexico City. As a result, Guy began to question his purpose in life and decided to stop racing. He sold all of his possessions and traveled the world serving the poor. After two years of serving the poor, Guy decided to return to professional racing, but this time combining his desire to compete and his passion to serve. Hope Sports has grown out of Guy’s vision to see professional athletes live with greater purpose and a heart of service. Hope Sports partners with Homes of Hope in Mexico, Costa Rica and The Dominican Republic to build homes for the poor. Homes of Hope has built 5000 homes in 16 countries over the past 25 years.

U.S. Olympic swimmers and medalists Kim Vandenberg and Rebecca Soni are traveling to Mexico this month to build a home for a family in need. They are fundraising on Dreamfuel to cover the expenses of building the home. Excess funds will go to Hope Sports to fund future Olympian-built homes for the poor.

Kim and Rebecca will be building this particular home for the Diaz Gomez family. They have five children (4 boys and 1 girl) and currently live in a small house with no windows or ventilation. The seven family members sleep on two separate beds, four in one bed and three in the other. Juana, the mother, is 34 years old and makes piñatas in her house while caring for her children. Growing up, she was abused by her father and kicked out the house when she was 16. She wanted to be a nurse but her father didn’t want her to study because he didn’t believe women should go to school. She made $20/month, working all day, everyday in southern Mexico. When she was 20 she moved to Tijuana for a better job and more opportunity when she met her husband Emilio. Like Juana, Emilio experienced hardship as a child. Emilio was kicked out the house when he was just 10 years old, while his older brother was sold so that his father could buy alcohol. Emilio is currently a mason and barely makes enough to survive.

For the past several weeks, their kids have been stuck at home with little to do because their teachers have been on an extended strike. Between the two of them, Juana and Emilio don’t make enough to support their family. They eat tortillas and beans for breakfast, lunch, and dinner. Despite these hardships, their children have a positive and hopeful outlook on their future. The oldest, Miguel, wants to to university and Jonathan, 12, wants to be a doctor when he grows up. Juana’s dream is for her kids to get an education and accomplish their dreams.

Swimming News is courtesy of Dreamfuel.

Pretty cool give back!