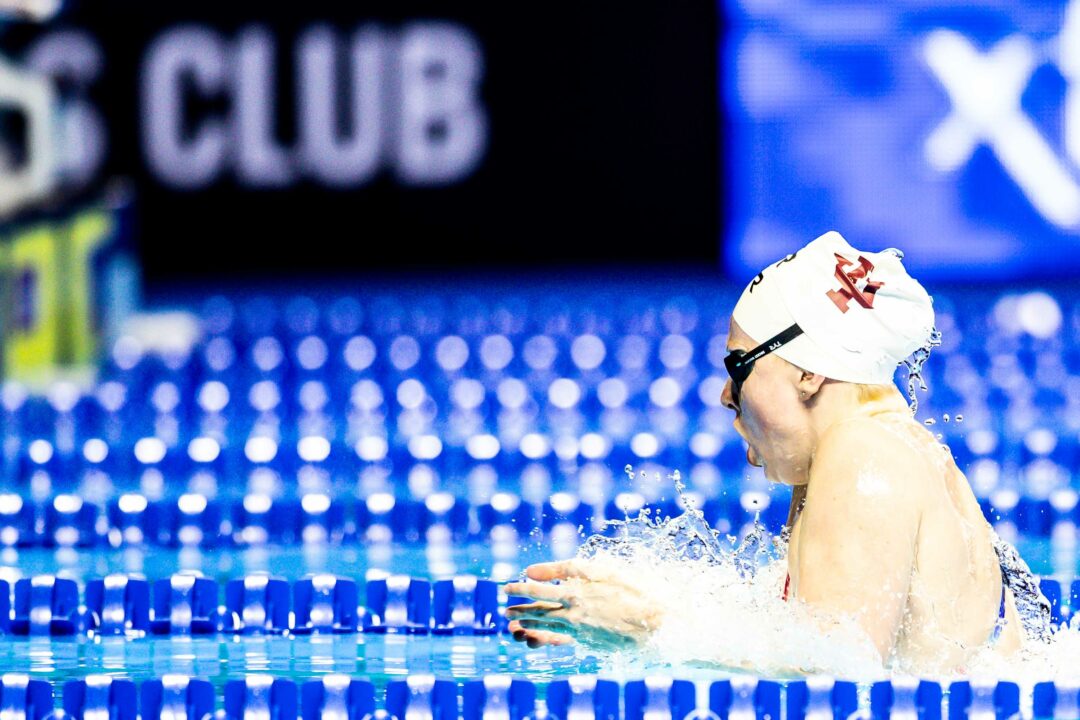 Indiana University held a press conference with some of their 2020 Olympians, as well as head swim coach Ray Looze and head diving coach Drew Johansen. IU has earned a whopping 12 swimming & diving Olympians for Tokyo, 8 of whom represent the USA. Due to these efforts, IU head swim coach Ray Looze has been named to the U.S. swimming coaching staff, and head diving coach Drew Johansen has been named U.S. diving coach.

Here is the complete list of IU swimmers and divers to qualify for the Tokyo Olympics:

Below, you’ll find Olympic Media Day interviews with Looze and Johansen, along with all of the Olympic qualifiers except Vini Lanza, Marwan Elkamash, and Michael Hixon. Looze has the longest interview, where he speaks on IU’s history at the Olympics, and his plans to add to the program’s 69 Olympic medals. He also speaks on how he feels heading into his 2nd Olympics on the U.S. coaching staff, and how it differs from his first time in 2016.

At the end of his interview, Looze is asked about how Lilly King has progressed through the last year, to which he responds she’s looking the best he’s ever seen her. He adds that he doesn’t believe King’s times from Olympic Trials don’t reflect where she’s at right now – “I don’t think we’ve seen her best”

Lilly King speaks on how she’s feeling heading into her 2nd Olympics. It’s brought up to her that Looze says she’s in the best shape of her life, to which she responds “I am glad Ray is saying that I am in the best shape ever. That is definitely reassuring. I am ready to go.” She also says she feels much less nervous heading to her 2nd Olympics, adding that “Going into 2016, I was like a deer in the headlights.”

Real talk. Is it me or does Ray look like a thin Al Davis Jr.

My question is why doesn’t she work on her head movement. I’m no WR holder but it can’t help with the forward momentum, right?

Not surprising, she’s never been tapered. At Trials she did atlas stones every morning.

Where is the Cody Miller interview? Want to know what place he is not going to get at the Olympics.

Piling on is just so lame. He has an Olympic bronze medal. Let’s see if any U.S. breaststroker can get that this time around.

Had to cheat to get it tho

how did he cheat?

In 1984…the most consistent 200 flyer was Craig Beardsley (at Trials he was the current American Record Holder) and he got beat by an up and coming youngster – Pablo Morales AND his Florida teammate Pat Kennedy…NO ONE ASKED when his interview was going to be.

In 1988…Pablo Morales didn’t make the team and he was coming off being an 11-time NCAA individual event champion…NO ONE requested to see his interview!

OK, I know that (as Braden says) I’m noisy and sometimes stir things up with posts that are considered to be outrageous, I’m going to keep this one real. Cody Miller is a great man, father, husband, friend and teammate and he defied incredible odds and crushing personal hardships (more than people will ever know) to win a gold and bronze medal. He touches the lives of anyone that comes into contact with him and as important as the coaches have been to the Indiana University program, his contributions, in and out of the pool, have been just as significant. I wish I was just half the man as Cody is. I wouldn’t care if he went to Texas, Auburn,… Read more »

What kind of troll downvotes this. Got some bitter nasty people on this site.

He’s a dad… a new dad. That puts crazy strain on arms and no sleep. When you a new dad, you don’t know how much this effects you till it’s too late.

Indiana University is where your Olympic dreams become a reality! IU has 12 swimmers and divers and two coaches going to the Olympics…by far the highest total of any college program. #GOATCOACHRAYLOOZE

They have literally no one from their active college roster going. Compare that with Florida, Cal, and Texas.

Uh, did you look at the list? Tomer, Brinegar and Capobianco are all on the current roster…