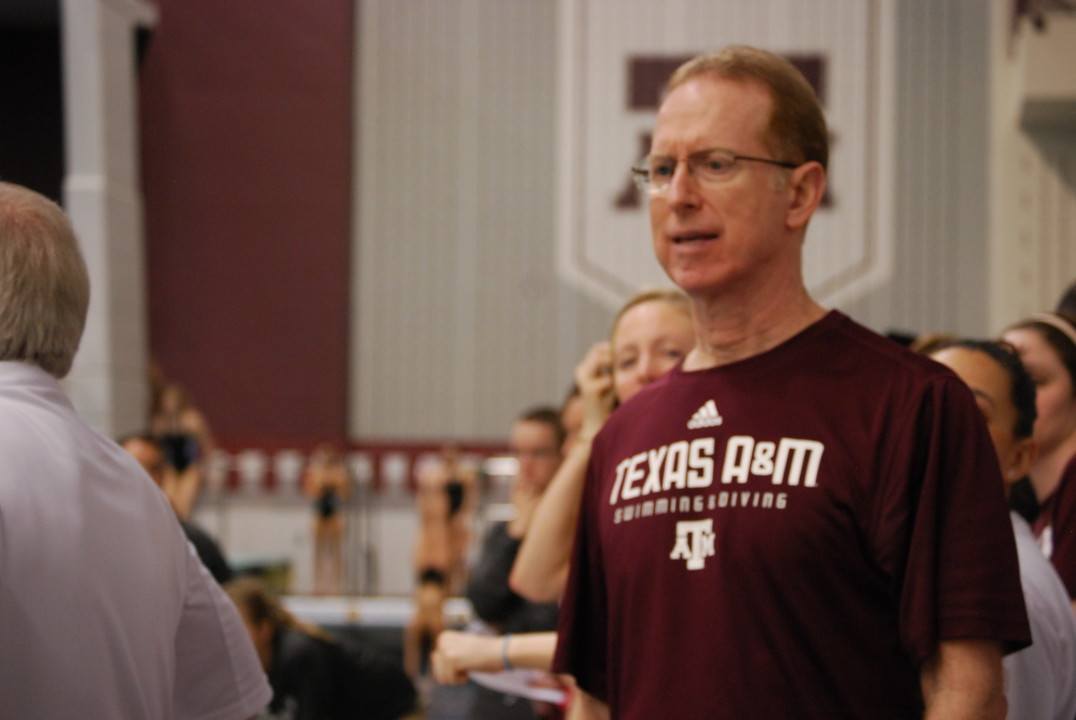 Head coach Steve Bultman has taken an area where his team was weak and in 6 months of recruiting turned it into a program of strength. Archive photo via Janna Schulze/SwimSwam.com

Sprinter Raena Eldridge from the Rockwall Aquatic Center of Excellence (RACE) near Dallas has verbally committed to the Texas A&M Aggies.

Eldridge is a sprint freestyler, backstroker, and butterflier, with yards bests of:

Eldridge is coached by former Longhorn great Neil Walker at RACE, and the two have really been dialed-in over the last year. In the 100 fly, Eldridge has gone from a 56.6 lifetime best to a 54.6 lifetime best in a single season.

She has been a bit of a barrier-breaker of sorts for Rockwall High School. In 2013, when she swam a 23.43 in the 50 free to place 2nd at the 5A State Championship meet, she hit the NISCA Automatic All-America time, making her the first All-American recognition in the swimming program’s history.

She has since gone on to win two other awards, and the Aggies will look for her to do the same as a collegian, and this is precisely a piece that coach Steve Bultman needed.

The Aggies graduated their three fastest 100 butterfliers from last year, and the next three best are all seniors this year. Their sprint group is going through a similar turnover, and between Eldridge, current freshman Beryl Gastalledo, and a handful of other top-flight recruits in the class of 2015, these areas of concern have been almost completely erased.