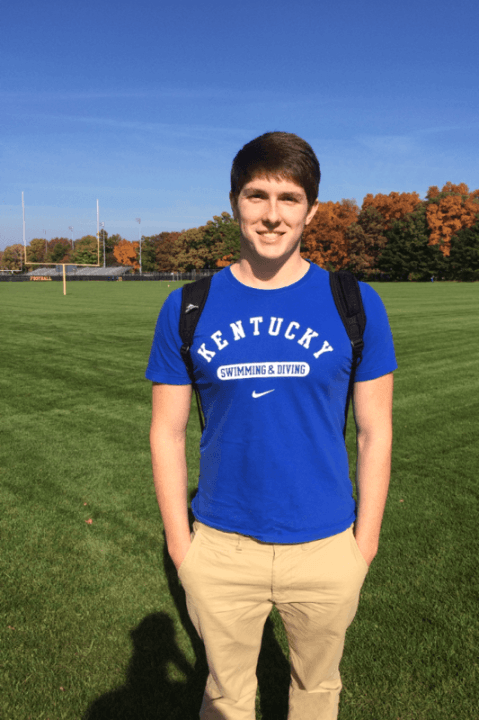 Bowen Anderson, SwimSwam’s 15th ranked recruit from the class of 2015, has verbally committed to swim for the University of...

Bowen Anderson, SwimSwam’s 15th ranked recruit from the class of 2015, has verbally committed to swim for the University of Kentucky. Anderson, a distance freestyle and butterfly specialist, is a great pick-up for head coach Lars Jorgensen. Bowen will join his older brother, Tanner, next fall in Lexington. Tanner is a sophomore breaststroker at Kentucky this season.

During the high school season, Bowen swims for Penn High School under the direction of head coach, Jess Preston. Last season he was the Indiana High School State Champion in the 500 freestyle and the 200 freestyle relay. He also finished fourth in the 100 butterfly. During the rest of the year, he trains with the Michiana Stars under the direction of his dad and head coach, Mike Anderson. Mike Anderson used to coach collegiately at Nevada, Alabama, and Hawaii.

Bowen told us that he made his decision because he wants to be a part of an up-and-coming program and he likes the feel of the Kentucky Athletics program as a whole.

I am so proud of you Bowen!! You have worked so hard for such a wonderful accomplishment. Congratulations!!!
Love, Auntie Tara