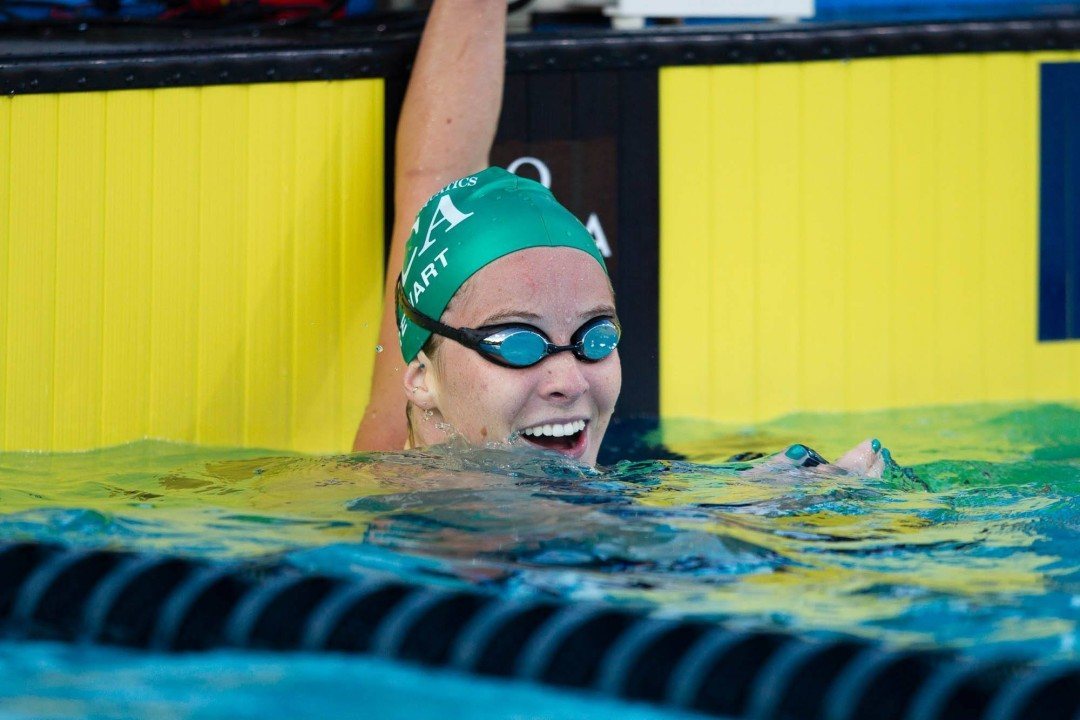 Kendyl Stewart absolutely blew it out of the water in the last 40 meters and put the pressure on as... Current photo via Tim Binning/TheSwimPictures.com

Kendyl Stewart absolutely blew it out of the water in the last 40 meters and put the pressure on as she won the A final with a time of 57.98. The top three were only separated by .016 seconds as Claire Donahue took second with a time of 58.03.

Amber Carter took first in the B final down to the touch with a time of 59.58.

Kara Kopcso and Bailey Nero both broke the 1:00 mark taking first and second in the C final with times of 59.92 and 59.99 respectively.