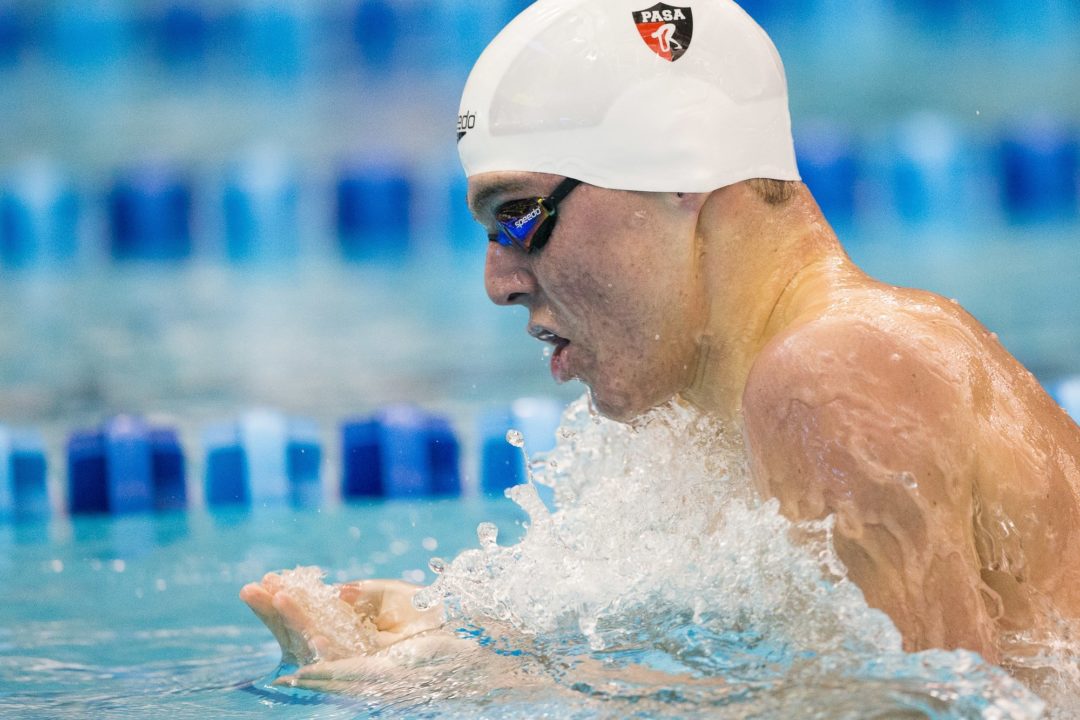 PASA's Curtis Ogren wins the 200 IM in a new meet record time of 1:45.08, smashing Ryan Murphy's time from a year ago. Current photo via Tim Binning/TheSwimPictures.com

Coming in with the second seed, Palo Alto Stanford’s Curtis Ogren took off from the field with a gigantic breaststroke split to win the 200 IM. Ogren went 1:45.08 to break Ryan Murphy’s meet record, and split 29.89 in the breaststroke leg, an impressive mark for the future Stanford swimmer.

In our prelims recap, we said that whoever won the 200 IM might come down to who could conserve the most energy in the 500 free. As it turns out, Ogren sandbagged his way to a 4:42 in that 500 free (a time us mere mortals would still find quite impressive) and it paid off in the 200 IM final with the title.

Jay Litherland was lurking as the three-seed after prelims, but he didn’t take the same approach to this tough double: going hard after both races. He pushed Ogren early with the fastest backstroke split in the field but wound up 2nd second overall in 1:45.99. He also came home with the strongest freestyle in 24.8, but it wasn’t enough to overcome Ogren’s huge breaststroke swim.

Gunnar Bentz finished third, cutting almost a second off his prelims swim: he was 1:46.41. Bryce Kananowicz took fourth for Coeur D’alene (1:47.65), followed by Robert McHugh(1:48.32) and Matthew Whittle (1:49.56). The final ranking in the A-Final went exactly to order of the difference between prelims and finals times.