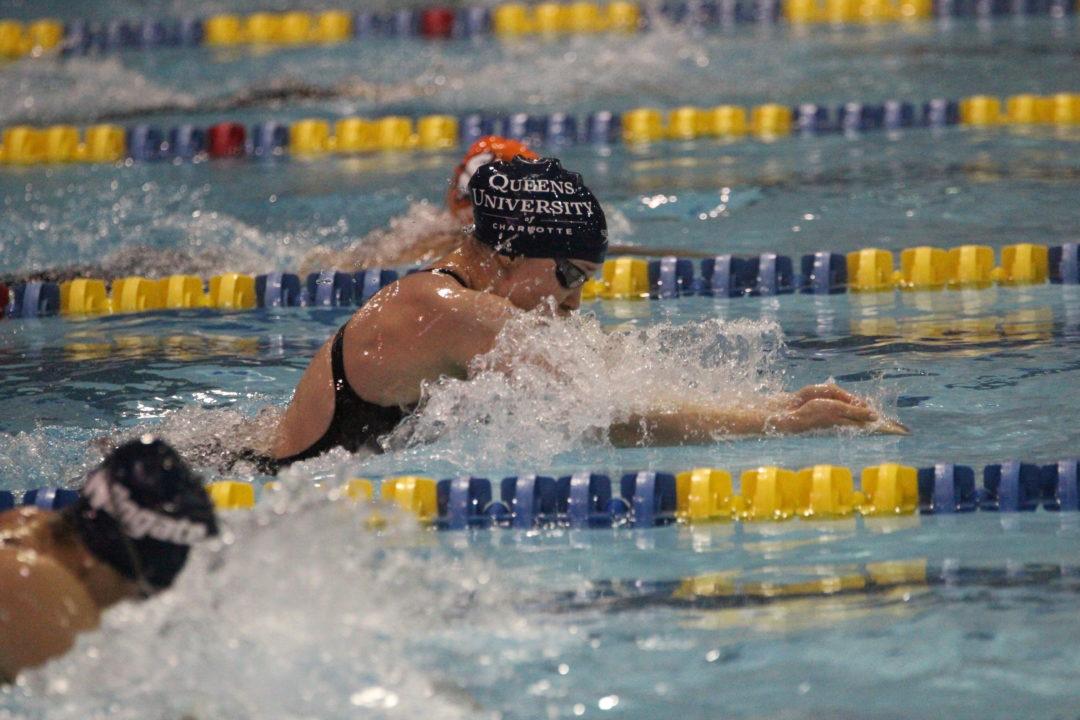 Queens leads both the men’s and women’s projections by large margins, but the race for the other top 5 places looks quite competitive. The Queens women have 529 points, second place Nova Southeastern have 387, and Drury have 366. For the men, Queens have 573 and second place Oklahoma Baptist have 282, Drury have 280, Florida Southern have 253, Delta State have 240, and Wingate 222.

Freshman Emma Sundstedt from Nova Southeastern leads individuals with 80 projected points (in DII you can swim 4 individual events). She is followed by her teammate Courtney Deveny with 69, Miranda Yarnell of WSCU with 66, and Laura Fornshell of Fresno Pacific with 63. The men are led by three Queens swimmers. Marius Kusch leads with 77 points, followed by Nicholas Arakelian with 76, Paul Pijulet with 74. The top swimmer from another team is Joan Casanovas of Drury with 60. The complete team and individual scores are in the tables below.