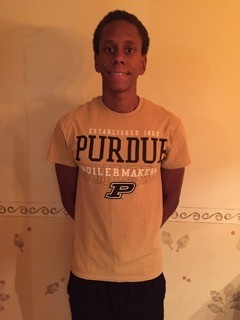 Nevada's Nicholas McDowell, an Olympic Trials qualifier in the 1500, has made a verbal commitment to the Boilermakers of Purdue for 2016. Current photo via Ron Aitken

Nicholas McDowell, a 2016 Olympic Trials qualifier in the 1500 out of Sandpipers of Nevada, has made a verbal commitment to swim for Purdue beginning in the fall of 2016. McDowell is a senior at Durango High School in Las Vegas, Nevada. At the 2015 Nevada High School State Championships, he finished fourth in the 200 free (1:43.48) and second in the 500 (4:36.54). In the past year, though, McDowell has made enormous progress and is now one of the top swimmers coming out of the state. Below are the progressions in his top events over the last several seasons:

Had McDowell been a Boilermaker at the 2015 B1G Conference Championships he would have been Purdue’s highest scorer in the mile. And while a 4:30 is still several seconds away from second-swim territory at the conference level, McDowell made significant improvements in all his events over the summer and could be a real asset to the Boilermakers if he continues along that path.

Wow I think I see some Rio 2016 potential here