Psych Sheets Posted For Next Weekend’s Mesa Grand Prix; Katinka Back in the USA 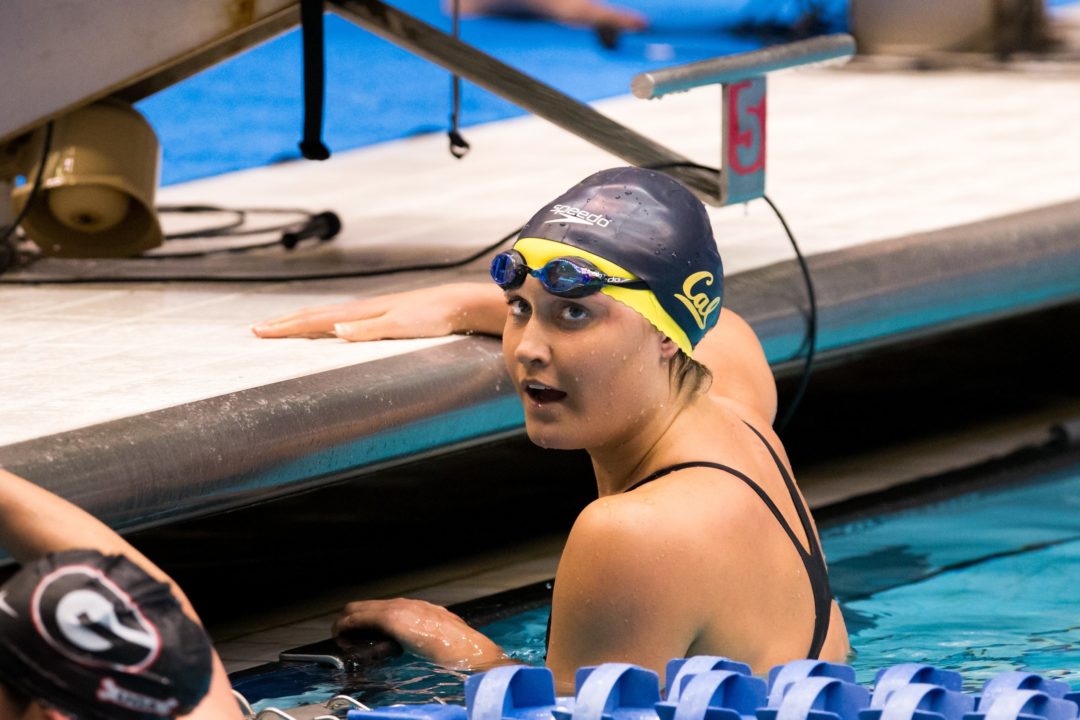 Liz Pelton, fresh off of breaking an American Record in the 200 yard backstroke, will jump into the short course season next week in Mesa. (Photo Courtesy: Tim Binning/TheSwimPictures.com)

Psych sheets are out for next weekend’s USA Swimming Grand Prix stop in Mesa, Arizona: the series’ first stop in the desert in 15 years.

Being so close to the west coast and the training hotbeds in California, this meet is turning out stars in force.

We did a rundown of all of the Olympians who would be entered here, but the lineup is maybe even more impressive than that list might have indicated.

Add to those Olympians names on the women’s side like Liz Pelton, Liv Jensen, Laura Sogar, and Erika Erndl.

On the men’s side, among the Americans who will supplement that rundown of Olympians includes 2008 Olympians Garrett Weber-Gale, Mark Gangloff, and Mike Alexandrov.

Among the top international swimmers at the meet will be Hungarian Katinka Hosszu, a former USC Trojan who was one of the best NCAA swimmers in history. She’s been doing a lot of overseas racing since finishing her college eligibility, but will now be back closer to home.

For the first time this season, the top college swimmers will be in attendance for this meet, which brings the total to about swimmers entered. With new rules, including allowing athletes to swim as many events is they’d like if they qualify for one, event entries have stabilized and for this meet sit between 30 and 60 per event. There’s a great mixture of those ultra-elite athletes listed above, and some of the up-and-coming young stars like Scottsdale Aquatic Club 14-year old Ryan Hoffer and Germantown Academy (PA) 15-year old Sierra Schmdit.

There’s still probably some fine-tuning to be done with the entry procedures, but we’re now getting very close to the balance that everyone hoped for from these meets when USA Swimming announced the rules changes for this season.

And don’t forget, this meet will include the new increased payout structures to the tune of $500 for event winners, $300 for runners-up, and $100 for third-place finishers.

The meet begins next Thursday, April 11th, and runs through Saturday, April 13th.

Quite a few CAL Bear connections – past, current and future swimmers of that program are represented in a number of events…Women’s 100 Free should be fun to watch, with number of our top girls minus the Georgia swimmers, competing in this event.

Looks like a very competitive meet. There should be many quick races. Hopefully this is an indication that the Grand Prix Circuit will regain it’s size an competition level like it was before the Olympics.

Now only Cseh is still swimming it of the guys who got into all finals of the last years..

Who’s this Gravers you speak of?…….