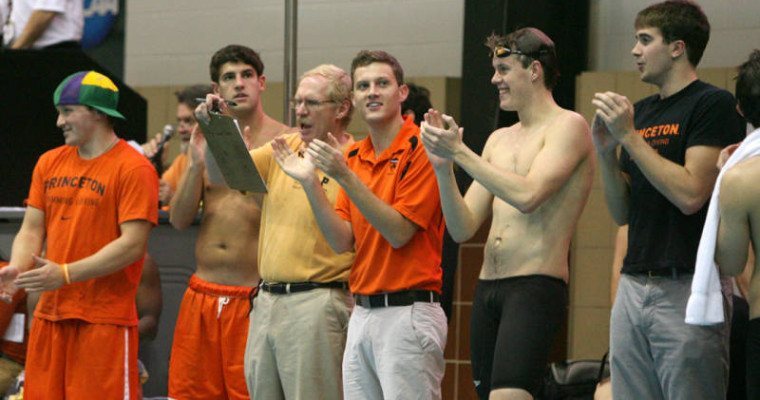 The Ivy League has just begun coach-led practices with the October 1 official start to their swimming and diving season, and the Princeton men’s team took the opportunity to release their 2014-15 schedule (available here).

The Tigers have made several changes to their program this year. From adding the Ohio State Invite to hosting NC State, to racing at Nationals, Princeton has dialed up the intensity a notch. Princeton assistant coach Mitch Dalton said, “[the new meets] put us in the pool with some of the best in the country and help us get better and better.”

The Tigers should have no trouble rising to the challenge. In addition to returning all but four of their scorers at Ivy League Championships, they have assembled an outstanding freshman class, all of whom are eager for the opportunity to race against the nation’s elite collegiate swimmers. 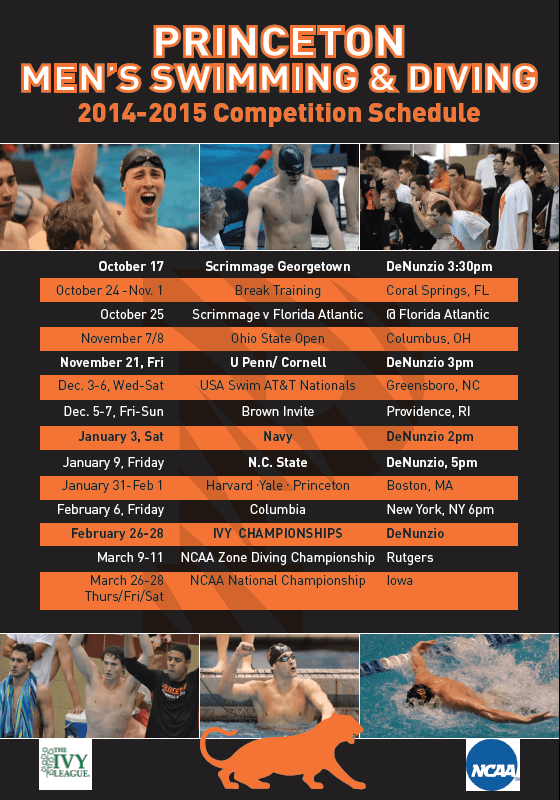