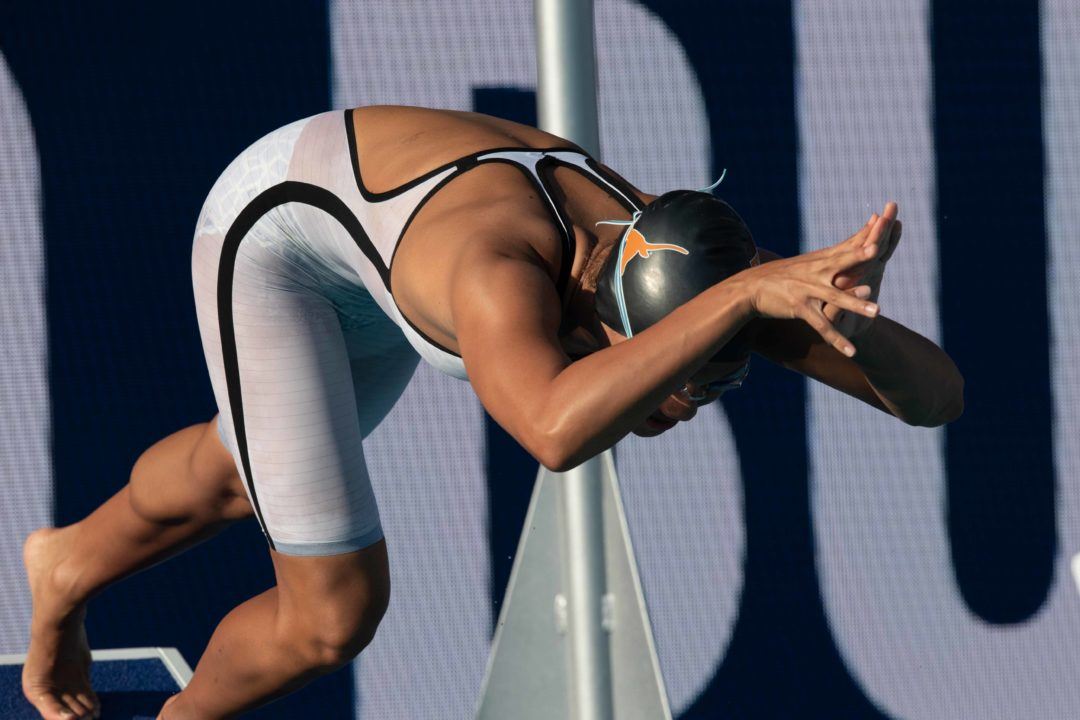 On your average Wednesday, you can find the Texas women doing pace work. Luckily for us, it was a typical Wednesday in Austin. Current photo via Mike Lewis/Ola Vista Photography

On your average Wednesday, you can find the Texas women doing pace work. Luckily for us, it was a typical Wednesday in Austin. There were 3 workouts going in Lee and Joe Jamail Swim Center, sprint, mid, and distance.

Associate head Roric Fink had the sprinters, and concocted a workout where he was looking for 4 good rounds of fast 50’s. Each round consisted of a 50 push, 50 off the blocks, and 2×25’s. For freestyle and backstroke, they had paddles for the 2×25’s to make sure that their arms and legs were moving while they were tired. Fly and Breast wore fins/paddles for the first 50 to get things moving and give them a little extra speed up front.

Head coach Carol Capitani was with the main group, running a pyramid of pace 50’s. They did 3×50 pace, then some easy, 4×50 pace, ez, 5×50 pace, ex, then 4, then 3. The underwaters alone was enough to impress, but those of course were followed by some blazing 200 pace work. After the pyramid, Carol had the women flex their sprint muscles with some 100 work, including 25’s underwater and fast, followed by a 50 that was 100 speed.

Volunteer coach Connor Beaulieu was with the distance crew, pacing everything from 500 to 200 to finishing with a fast 50 for time. Don’t be fooled; just because they swim longer, doesn’t mean they weren’t going just as fast.