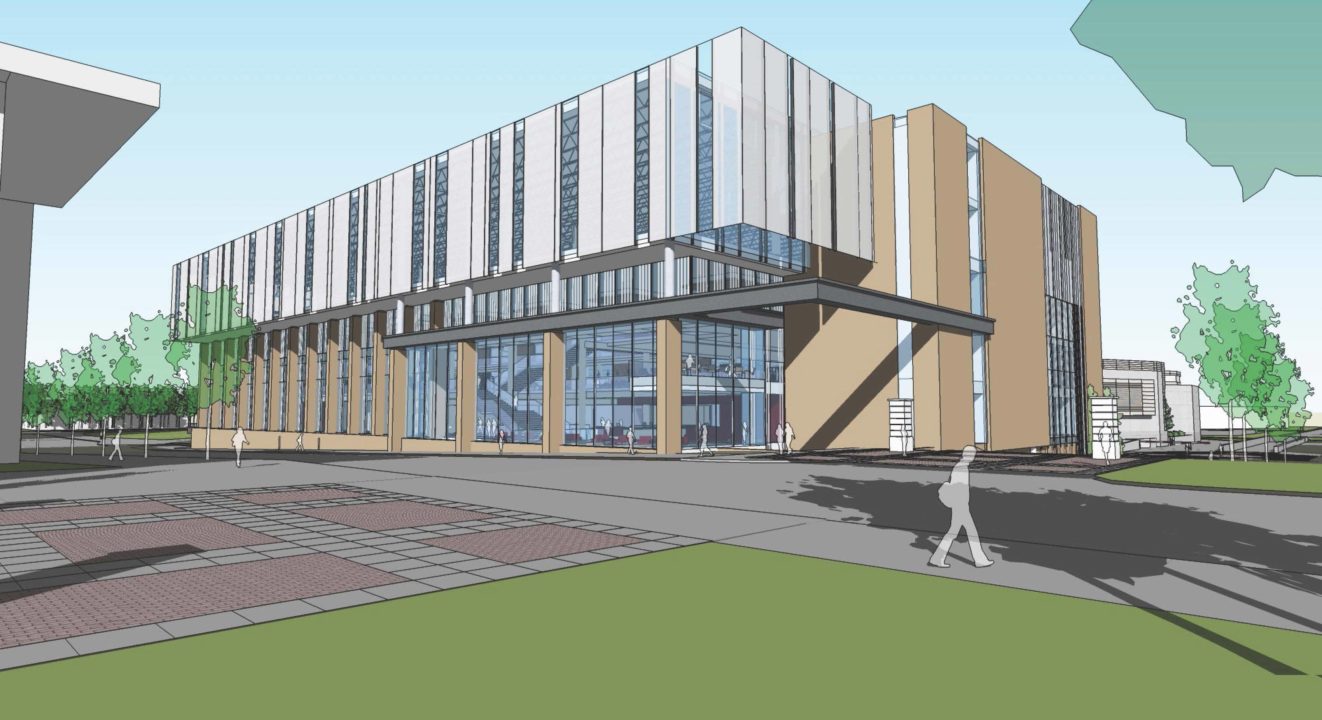 Wisconsin's SERF building was originally proposed to have a new 50-meter competition pool with spectator seating, but the option was cut from the plans when the Athletic Department couldn't commit to contributing to its funding. Current photo via Wisconsin Rec Sports

The University of Michigan swimming & diving team is the latest to take a break from training after positive tests for the coronavirus.

An expansion to the University of Wisconsin’s Rec Sports facilities at one point carried an option to build an 8-lane, 50-meter competition pool, but that option has been scrapped from the master plan moving forward due to lack of funding sources.

The new pool would have been built in the Southeast Recreational Facility (SERF) building, which houses the current long-course pool that the Badgers use as their primary training facility. The current SERF pool does not have spectator seating, however, and can’t host meets, meaning competitions can only take place in the 25-yard Natatorium pool built in 1961.

Wisconsin Rec Sports maintains its own blog to keep track of its master plan for construction and expansion. That plan featured a potential design for an Olympic-sized competition pool in the SERF building until December 4th, when the plan was revised to only build around the existing training pool.

“Students expressed a willingness to fund up to one-half of the new competition pool facility through their segregated fees they pay in tuition,” Horn said, leaving the other half to be funded by other campus partners. “That funding is not present at this time, so we are moving forward a different option for referendum that doesn’t include a competition pool.”

Wisconsin is one of the few Big Ten schools without a long-course competition pool. Rumors of new facilities have been common around the state and gained momentum when the Wisconsin Athletic Department built new locker rooms for the swimming and diving teams in the SERF building last year. But with no new pool a part of the latest expansion plans, which go to referendum with the students March 3-5, it looks as if Badger-land will be waiting for a new pool at least another few years.

The Athletic Department was one of the key campus partners asked to fund the other half of the new pool facility, but associate athletic director Justin Doherty said the department was simply too tapped out financially at the moment to commit to another construction project.

“We’ve funded four major facility projects recently at a cost of about $125 million,” Doherty said. “We are, at this point in time, just not able to further endebt ourselves.”

“We support all of our student-athletes in all of our sports, from swimming to golf to football to basketball,” Doherty said.

The referendum language must be set by early February, meaning any reinstatement of a new pool to the plan must be finalized by then. Students will vote on the proposal in March.

The construction plans also affect Wisconsin’s high school swimmers, who currently swim their state meets in the UW Natatorium despite scarce deck space and the lack of a separate full-size warm-down pool. The Wisconsin High School State meets are locked into a contract to stay at the Nat until spring of 2017.

The new competition pool would have cost somewhere in the ballpark of $26 million, leaving $13 million for the athletic department and other funding partners to cover.

“The bottom line is you have to make decisions on what you can and can’t built at the moment,” said Doherty, “and we are where we are right now.”

Too bad. Now the only LC pool set up for spectators and large scale meets is the Schroeder Aquatic Center north of Milwaukee…which is a great facility for its age.

Football got any money lying around? The AD? How about some of those Big Ten Network funds? Wonder if it would be a different story if they had won their bowl game or got to a bigger bowl game… The funds are there, the thought of giving someone else a smaller piece of the pie for it is not something they want to do.. Especially if it means not being able to do something like having 22 coaches for the football team (look it up). The Nat was built in the 60s, c’mon now. Its time to get competitive and look at the bigger picture for revenue streams through facility usage in a 50m tank. Where is the outreach to… Read more »

This is the exact reason my daughter will not even consider the UW Madison!! She wants to swim in college and they have Poor pool facilities!! It’s amazing how much Alvarez commits to FB and basketball but won’t throw a bone to swim!! Guess that money for the big screen at Camp Randal took front seat. Poor decision Barry.