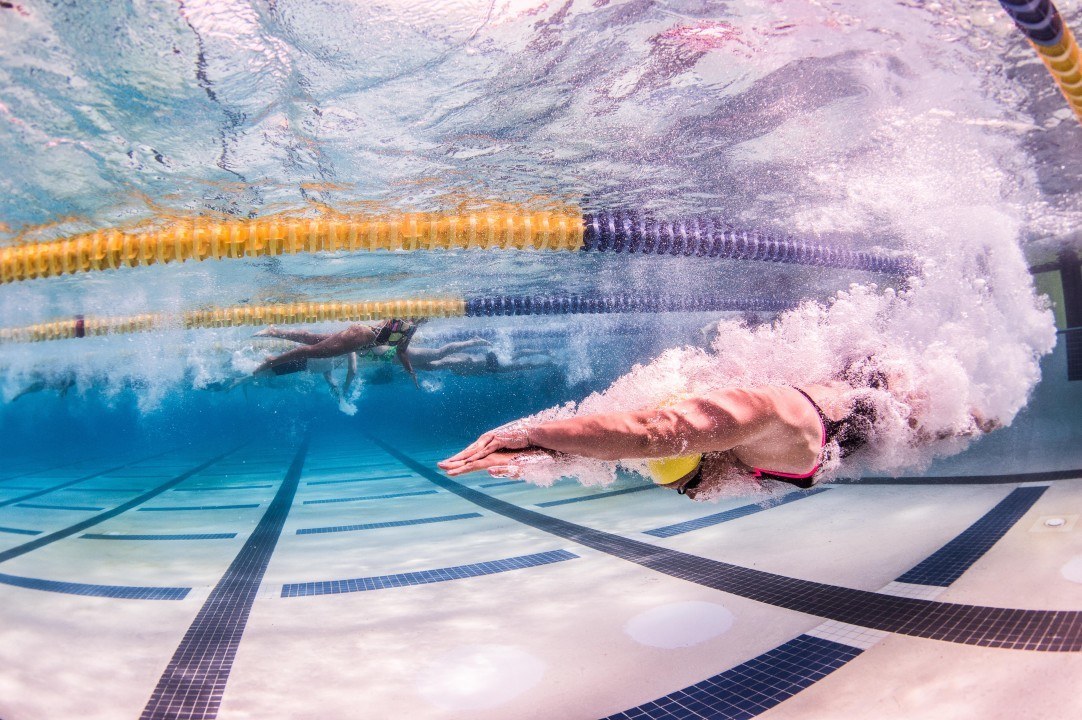 Portz’s individual record came in the 100 free, where she went 49.34 to break her own Division 1 state mark from 2013. She topped the field by more than a second and a half.

She also won the 200 free in what was arguably a more impressive swim – her 1:46.84 came just six tenths off of breaking the Division 1 and All-Class records held by Olympic champion Allison Schmitt.

Emma Cleason, Emily Lock and Georgia Mosher headed up the first three legs of that relay, which went 3:24.56. The 200 free relay was made up of Maddie McAdams, Locke and Kaelan Oldani and went 1:35.67, three tenths off the division state record as well.

The other state record of the day went to Farmington Hills Mercy’s 200 medley relay. Opening the session, Farmington Hills got a 25.95 from backstrokers Katie Minnich and a 24.69 from butterflyer Alaina Skellett to go 1:44.44 and break the Division 1 record. Allison Lobbia and Annette Dombkowski headed up the breast and free legs for the team, which beat Skyline by a full second.

Minnich returned to win the 100 back late in 54.67. That was just a half-second off another state record.

“It also helped that Skyline had senior Katie Portz to rely on. A senior who has committed to swim collegiately at Texas A&M, Portz was named the swimmer of the meet by the coaches association for her performance.”