Pitt Ramps Up Recruiting to Prepare for ACC Move 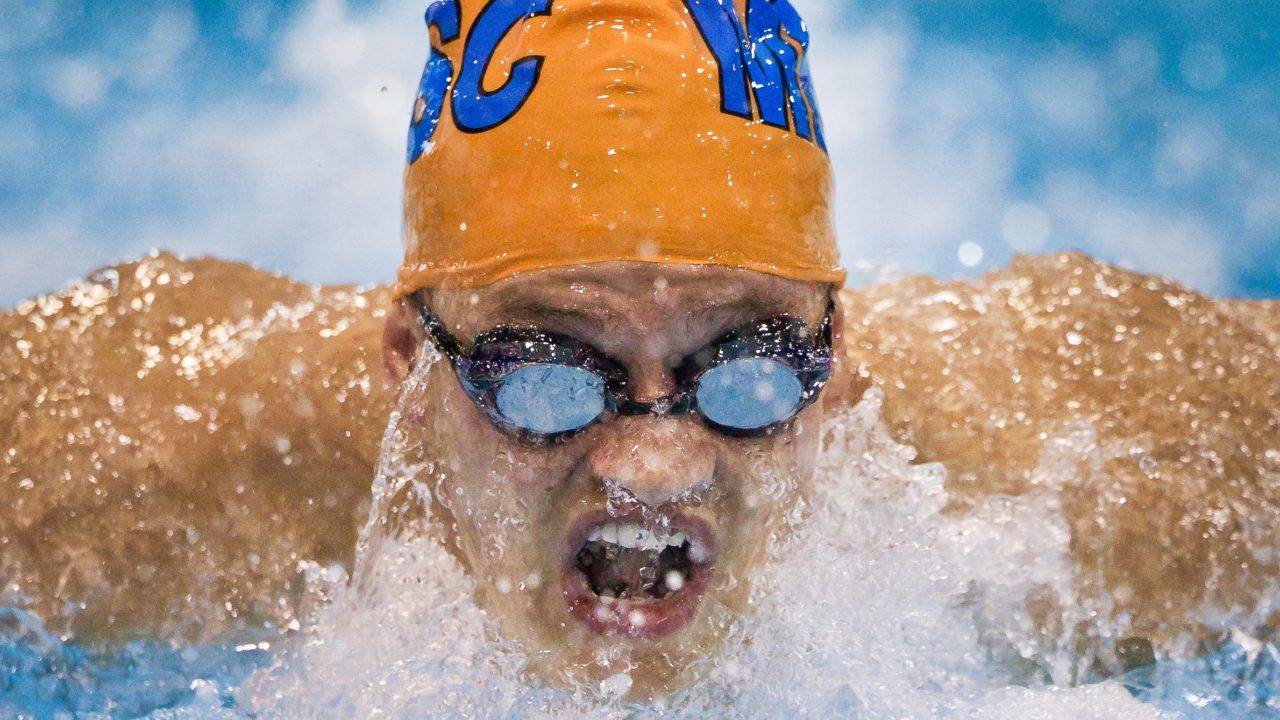 Zachary Lierley will join his older brother Jon (above) with the Pitt Panthers next season. (Photo Courtesy: ©Tim Binning/TheSwimPictures.com)

The Pitt Panthers will faced stepped-up competition next season as they move from the Big East to the ACC, and they’ve stepped up their recruiting this fall in preparation of their first season in the new conference next fall.

The speartips of the men’s “ACC class,” the first to spend all four years of eligibility in the new conference, are Zach Lierley and Gabriel Larson.

Exactly which three events he’ll swim for the Panthers will remain to be seen (probably 200 back, 200 IM, 400 IM), but one thing that’s clear is that he will immediately make this team better. His 400 IM is already just .13 seconds away from Pitt’s school record: the oldest one on the books having stood at 3:51.30 from 1995.

Side note of history: the old 400 IM Record was held by Matt Brady – the best swimmer in school history. He was a four-time Olympic Trials qualifier, and holds the Big East Record by winning 6 Conference titles in one season – as only a freshman to boot.

Lierley should finish in the top 8 at the ACC Championships in his first year, and Pitt’s first year, to attend. That will make a good statement for this program. He and his older brother Jon Lierley, who is a sophomore this season with a 1:46 200 butterfly in a fantastic freshman season. These two swimmers from Mt. Pleasanton, South Carolina, 10 miles across the Cooper River from Charleston, will lead the Pitt men into new territory.

Joining him on the men’s team is Gabriel Larson, a breaststroker from much closer to home at the Penn Hills Dolphins (located in Pittsburgh). He has been a 57.39 in the 100 breast in yards, and adds to that a very good 200 free in 1:41.19.

Zach and Jon are actually from Mt Pleasant, SC, swimming for their USA-S club team, the Mount Pleasant Swim Club. Both were members of their Wando High School multi-year Boys State Championship Teams.

Speaking of ACC, according to the commitments on collegeswimming.com, it looks like the NC State women are putting together a really nice recruiting class. Looks like they are ready to make a move.

Zach Lierley is a great man. I’ve had the divine pleasure of knowing him for some time now. I can always count on him to be a good friend and above all a great sportsman. Before every race he makes it a number one priority to shake all his competitors hands and wish them good luck, but don’t let his sportsmanship fool you. He swims with such ferocity, competiveness, and will. He cannot be stopped in the water or in the dorms. When he wins his races watch for his infamous celebrations such as the backwards bellyflop or the clapping of the feet. He also is a monster in the classroom, he racked up a momentous 3.84 GPA and scored… Read more »