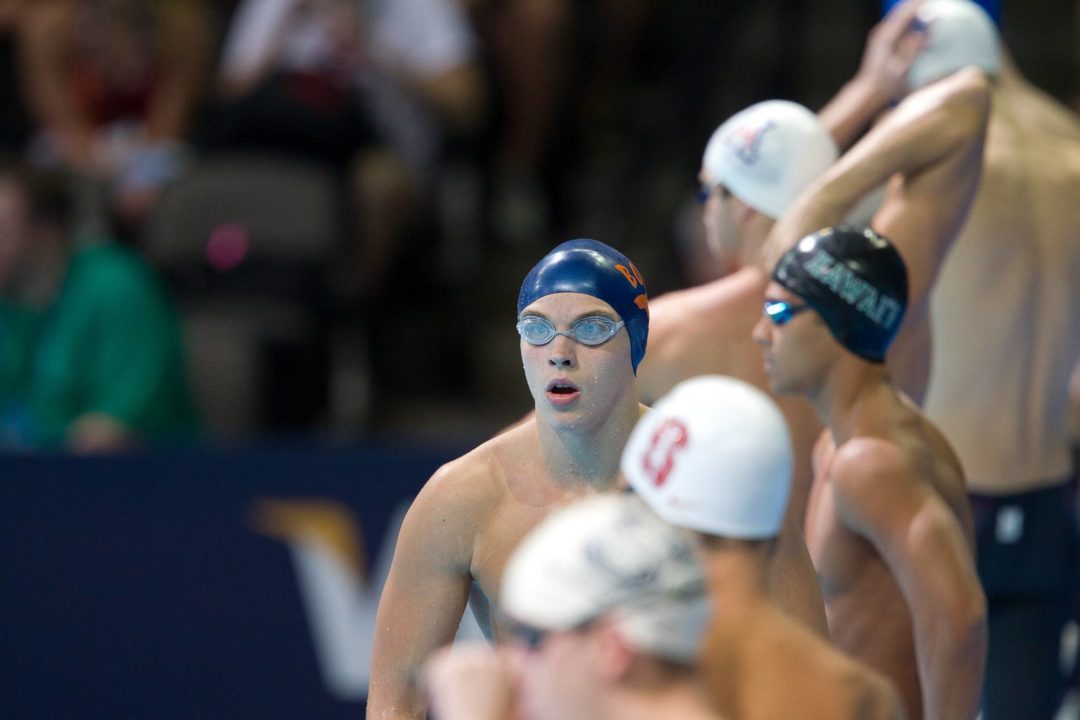 Bolles' Santo Condorelli is headed back to his native west coast to swim for Dave Salo. (Photo Courtesy: ©Tim Binning/TheSwimPictures.com)

With Russian Vlad Morozov entering his senior year next fall, and not a lot of sprint depth, Dave Salo had to have been looking for the heir to the USC sprint throne this fall.

And somehow, with scholarship restrictions seeming like they  should be choking back the Trojans, they’ve landed another big one: Santo Condorelli from the Bolles School.

Condorelli was a part of the 200 and 400 free relays that broke the National Records recently, and he is the sprinter of the four. He has yards bests already of 20.48 and 44.58 in the 50 and 100 freestyles, but both of those swims came at the same meet two weeks ago where the National Records went down. Expectations are, based on his long course times from the summer, that he’s going to have some really special swims in him either at Florida’s High School State meet, or at another event like Winter Nationals.

Condorelli came to Bolles in the middle of 2011, and in his first year under Sergio Bolles really exploded. In Oregon, he leaned more toward the 100 fly than the 100 free; in two years he’s gone from a 51-mid to a 49-mid in that race.

He wasn’t really swimming many 100 freestyles individually, but consider this: at the end of his sophomore year, he anchored Lake Oswego’s 400 yard free relay to a State Championship in 47.07. A year later, he was flat-starting a 45.5, and now another year after that he’s down to a 44.5. That an impressive progression.

He joins a class at USC that includes a 44.6 100 freestyler/4:19 500 freestyler Reed Malone; a 54.0 100 breaststroker in Steven Stumph; and a 47.7 100 butterflier Michael Domagala. There’s still at least one big name to make his college decision, but USC has to be the midpoint leaders for best class in the country so far.

Whatever happened to Michael Nunan?

Not that its directly relevant here, but I just noticed he was the only major domestic senior from last year that hasn’t shown up in college.

Looks like USC will be competing for the NCAA title these next couple of years. Amazing class so far!