Photo Vault: Unexpected Finishes At The 2014 US Nationals 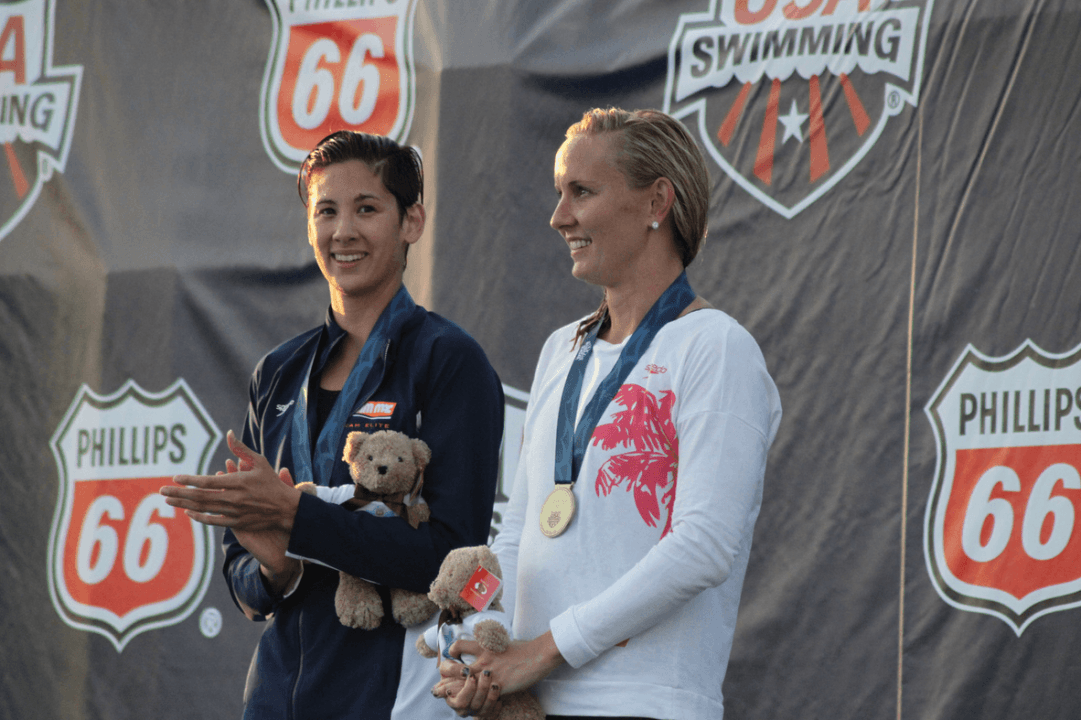 Tom Shields accepting his medal next to a disappointed Phelps after beating the odds and taking home the gold in the 100m fly final. He also won the 200m fly final earlier despite also not being the favorite in that event. Current photo via Andy Ringgold 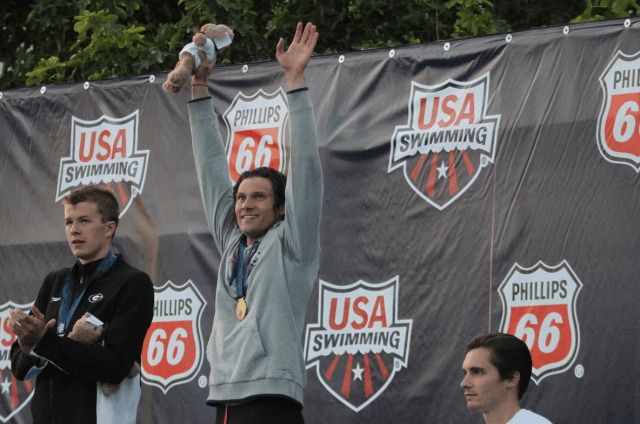 Cody Miller shocked the swimming community when he won the 100m breaststroke against favorite Kevin Cordes with a time of 59.91. 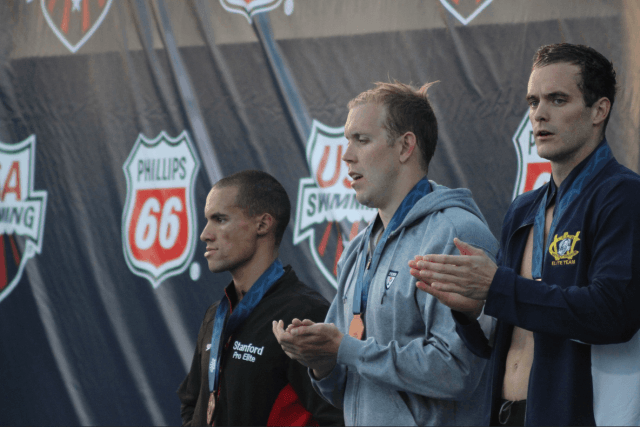 Brendan McHugh on the podium after a seventh place finish in the 100m breaststroke. Earlier in the meet, McHugh won the 50m breaststroke and set a new US Open record in the process with a 27.10. 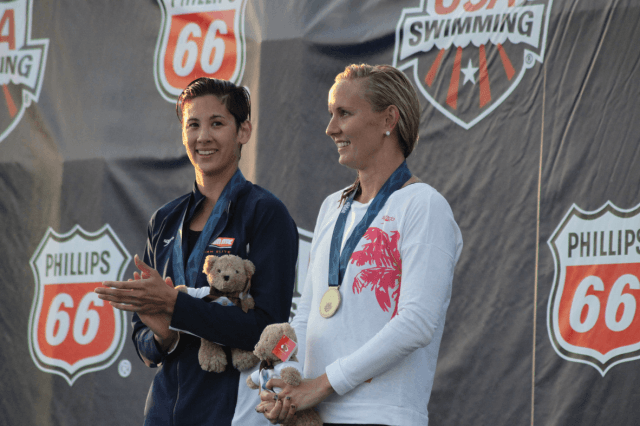 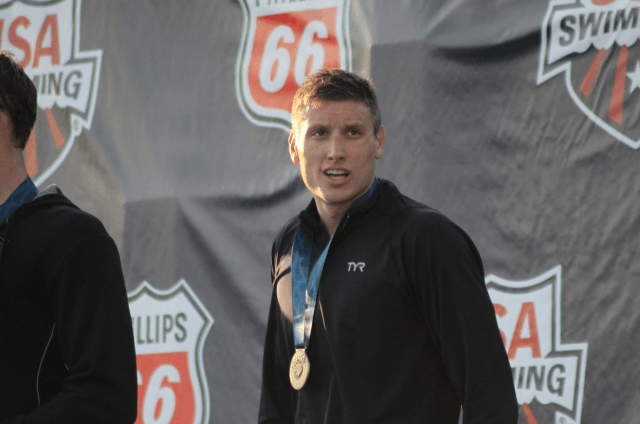 Michael McBroom took home a great double this weekend with wins in both the 400 and 800 freestyles. He was predicted to win the 800, but definitely was not the favorite in the 400 although he beat those odds to take home a gold and earn a spot on the Pan Pac roster. 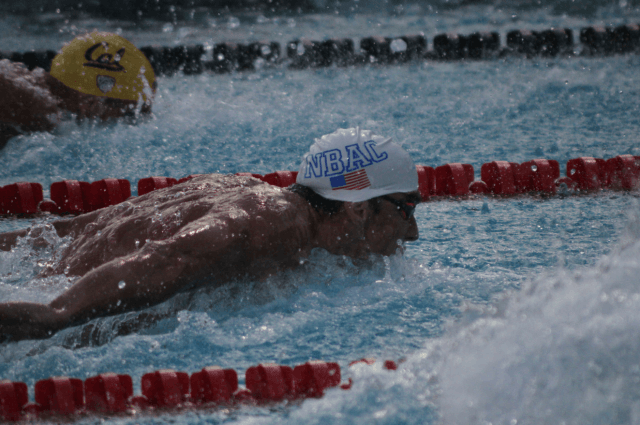 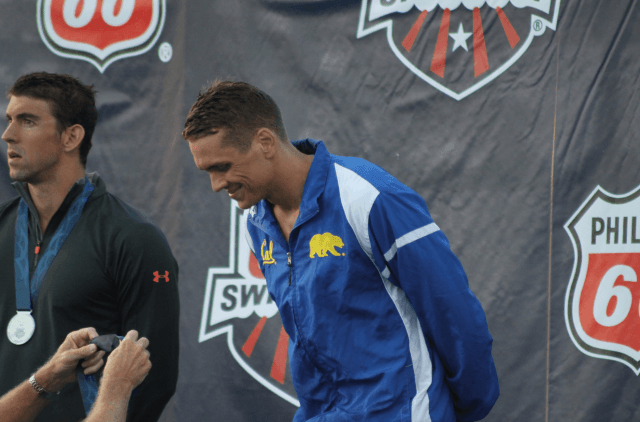 Tom Shields accepting his medal next to a disappointed Phelps after beating the odds and taking home the gold in the 100m fly final. He also won the 200m fly final earlier despite also not being the favorite in that event.

Kendyl Stewart put her name on the map early by winning the 50m fly final in 25.99. Later in the meet she backed up that performance with a 57.98 in the 100 fly to take home another gold and make her first Pan Pac team. 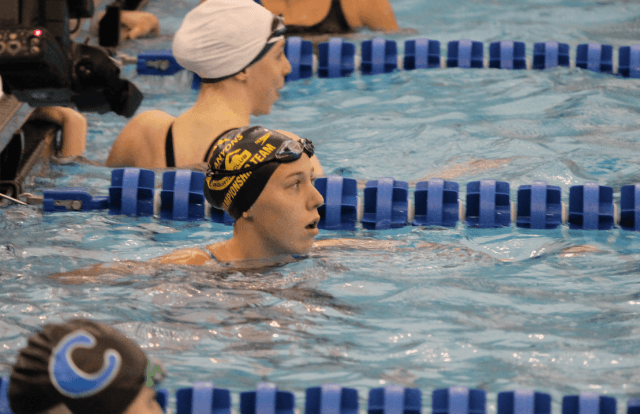 Abbey Weitzeil finished fourth in the 100m freestyle to grab a relay spot on the team. She had a great 50 freestyle too finishing 3rd in prelims in 24.95 then fifth in finals with a 24.91.