Phelps: Would “Probably” Compete in Tokyo If Not For Injury Risk 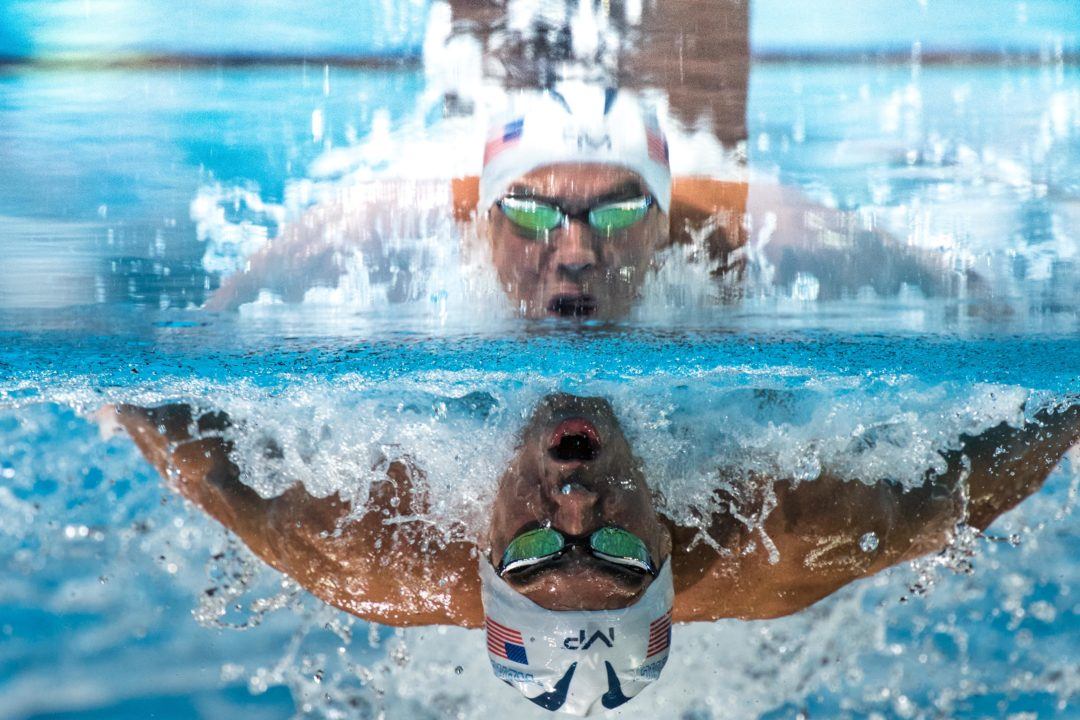 Michael Phelps revealed Friday in a Facebook live chat that injury concerns hold him back from making a run at yet another Olympics. Current photo via Mike Lewis/Ola Vista Photography

While answering fan questions during a Facebook live chat Friday, Michael Phelps mentioned that he would love to train and compete in Tokyo in 2020, but that injury risk was the main thing inhibiting him from giving it a go.

“If you could guarantee that I’d never be injured in four years…I’d probably do it again, because I had more fun this time.”

Phelps, who will turn 32 this summer, elaborated that he did not want to do anything that might cause long-term injury and limit his ability to spend time with his son Boomer as he grows up.

While Phelps trained less in the road to Rio than he did during his peak leading up to the Athens and Beijing Games, shoulder issues led to him needing two cortisone shots, according to his long-time coach Bob Bowman in a Sports Illustrated article published this past December.

Certainly swim fans everywhere would love to see the most decorated Olympian ever give it one more go, but whether or not he jumps back in the pool, what’s remarkable is the total change in Phelps’ demeanor compared to 4-5 years ago.

The time between the Beijing and London Olympics was a rocky one for Phelps, who seemed to suffer from a lack of motivation, and openly talked about needing to retire because he hated getting in the water.  After a DUI arrest in 2014, Phelps visibly turned his life around and appeared to be having a lot more fun swimming than he had in a long time.

Even if he sticks to his plan of never competing again, Phelps is committed to helping promote the sport of swimming.  In the Facebook live video, he talked about why he wanted to testify in front of Congress next week about anti-doping efforts.

“I don’t know if I’ve ever stood up on the block and competed against a completely clean heat,” Phelps said, as he explained why he felt the issue was so important.  “I just think there are too many people who are cheating.”

You can watch the full 70 minute video on the official Michael Phelps Facebook page, but here are a few other tidbits:

100 fly would be really tough to win doubt that he can.