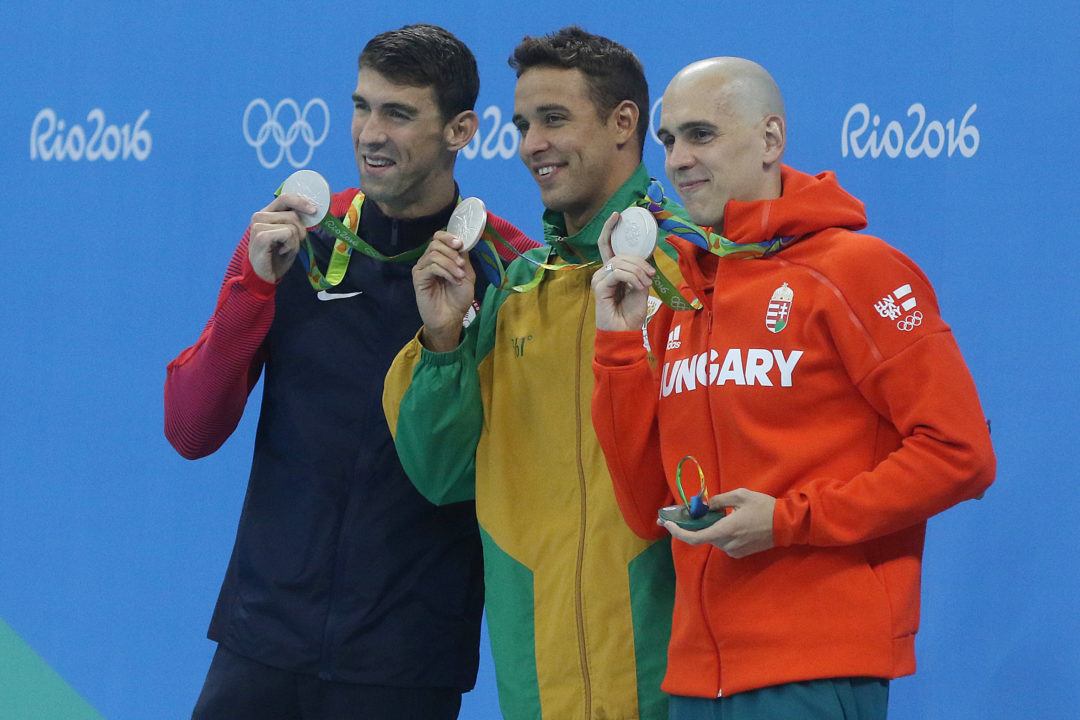 Coming into these Olympics there were three clear favorites for the medals in both men’s butterfly races: Michael Phelps, Chad Le Clos, and Laszlo Cseh.

Things didn’t go according to script in the 200 – yes Phelps won gold – but the other two were surprisingly left off the podium, making way for a few up-and-coming youngsters.

In the 100 they all made it onto the podium as expected, but not the way anyone could have predicted.

For the first time in Olympic swimming history, there was a three-way-tie in the men’s 100 fly, and it happened to be between all three pre-race medal favorites. Except it wasn’t for gold.

The three of them all tied for silver in 51.14, well behind newly minted Olympic champion Joseph Schooling of Singapore. Schooling won his nation’s first ever Olympic swimming medal in a new Olympic record time of 50.39, winning by an incredible three-quarters of a second (the largest in the event since 1972).

There have been twelve ties in Olympic swimming history (six men, six women), including one last night for gold in the women’s 100 freestyle, but this is the first ever three-way tie.

The three men surrounded by all of the hype heading into the Games in the butterfly races will go down in history together as the first ever three-way tie, making way for perhaps the new butterfly king – Joseph Schooling.

PERFECT!!! Makes a better story than winning another Gold.

I think it’s cool. Another record and a fun story to tell his children.