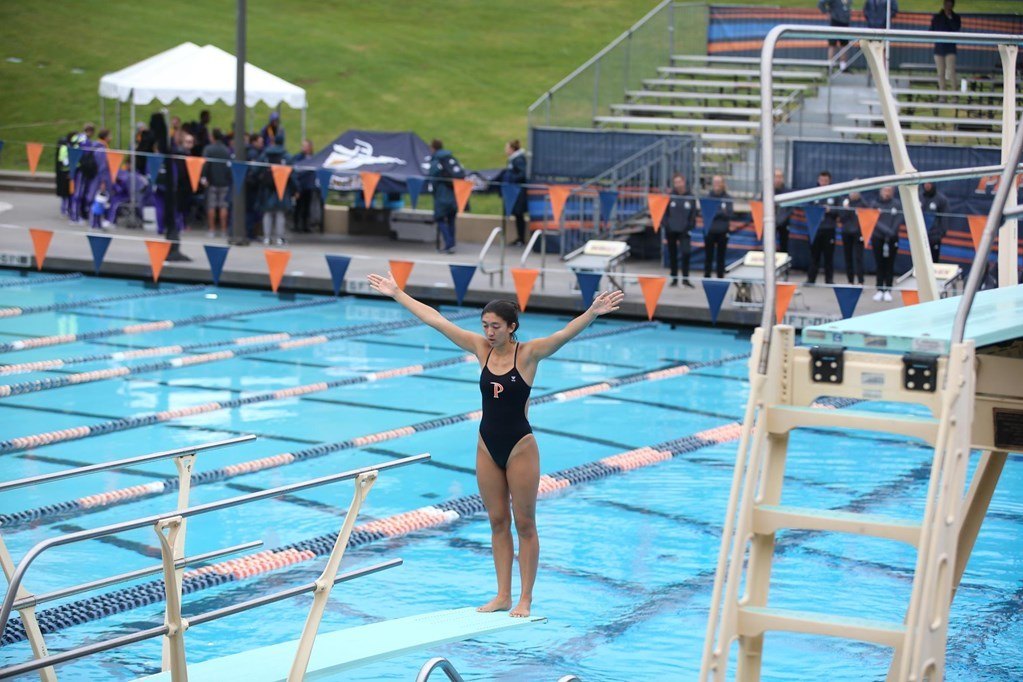 MALIBU, Calif. – Taylor Basin of the Pepperdine women’s swim and dive team was named Pacific Coast Swim and Dive Conference Athlete of the Week on Tuesday. This is the second nomination for the Waves this year (Amy Griffin 10/13), and the second of Basin’s career.

Basin (Las Vegas, Nev./Lynbrook HS) dominated the competition at the WCC Cup, hosted by San Diego. The WCC Cup was a double-dual meet with USD and Loyola Marymount. Basin swept all four diving events, with one of the victories giving her the second-highest 1-meter diving score (243.37) in the PCSC this year.

Basin has six first place finishes in the 1 meter dive this year to go along with a single victory in the 3-meter dive.

The Waves are back in action on Friday, Nov. 4 as they head to Cal State Bakersfield before traveling to Cal Poly on Saturday, Nov. 5.