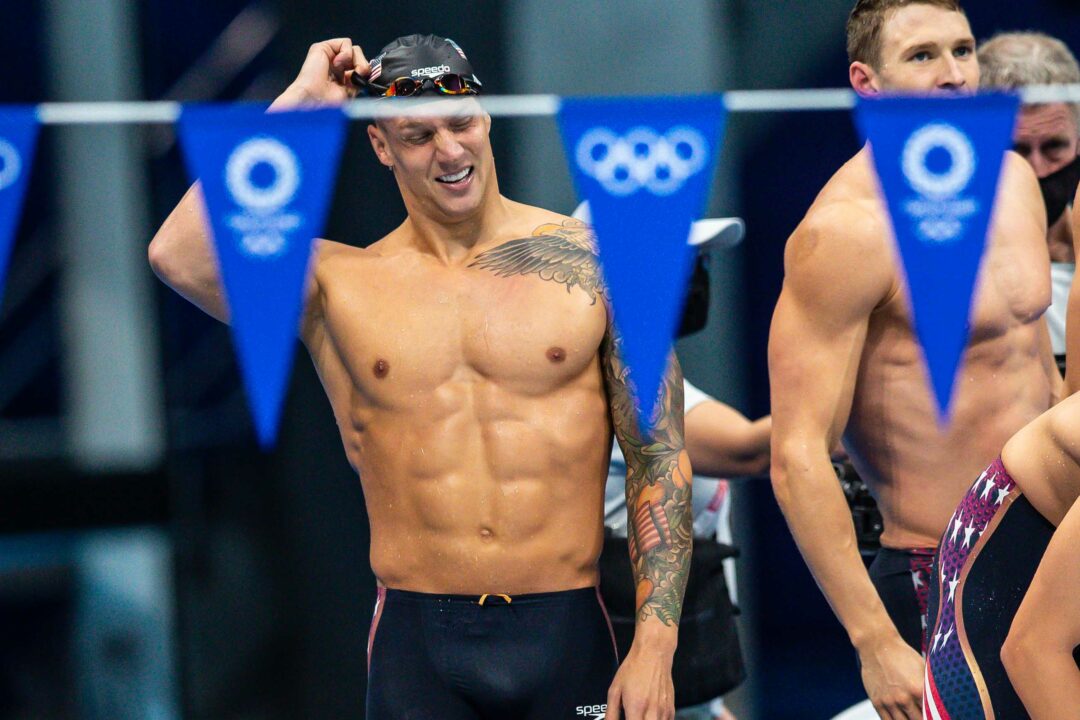 As part of its Sexiest Man Alive issue, People Magazine named Caeleb Dressel its Sexiest Olympian, giving him another gold to add to his collection. Archive photo via Jack Spitser/Spitser Photography

It’s that time of year again.

The weather’s getting colder, the sun’s going down earlier, but there’s one thing we can count on to keep shining bright: People’s Sexiest Man Alive issue.

This year, the magazine announced ageless Paul Rudd as the man taking home the top honors, but what caught our eye was the “Sexiest Olympian” category. And it looks like Team USA gets to take home the gold in this event — Caeleb Dressel has been named the sexiest Olympian via People’s reader poll.

He had some competition, though Dressel, who has competed in two Olympics and won seven golds, is no stranger to competing against the best and winning. He faced, for example, fellow American swimmer Bobby Finke, American skateboarder Nyjah Houston, American track and field sprinter Noah Lyles, and British diver Tom Daley.

“The Summer Olympics gave us a lot to root for… but it was Caeleb Dressel and his insane abs that took reader poll gold,” the magazine wrote.

But if the Sexiest Olympian designation isn’t the kind of award Dressel is looking for, he’s got plenty of other opportunities to accumulate even more swimming accolades. Though he missed the first playoff match of the International Swimming League, from now through the beginning of December, Dressel will have the opportunity to compete for both individual wins and team success as a member of the Cali Condors. He’s the most dominant sprint star in the world, walking off an uber-successful Olympic Games.

And, as the picture from this recent article illustrates, he’s got some “insane abs” that earned him a very different kind of first place.

Can we talk about the full page ads on swimswam tho? I am getting a ‘Limewire circa 2001’ feeling with all the popups/ads.

Hey there, thanks for letting us know. Those aren’t supposed to happen. If you see them, can you report them with the button in the corner and email me braden@SwimSwam.com? That’s the only mechanism we have to track down the bad actors and block them.

THE WAY I SCREAMED 💀💀💀 IM DEAD!! like caeleb is hot and all but you’re right

Look, I agree that Caeleb is attractive. But the choices in the poll were 4 Americans and 1 Brit, four of whom are white and one black. I mean… I think my point is valid haha

Tattoos should be an automatic disqualifier

His look is very “Florida”. Interpret that how you choose lol

You know almost every Olympian has at least the Olympic rings tattoo, right? 🙄

I heard Léon Marchand was second on the list

what do you mean by that?

Well considering Paul Rudd won something that is about having good looks, you’re actually right 🤔

i know i am bestie 🤩🤩. jay is an underrated handsome dude

2
0
Reply
The most gifted athlete that has ever existed

Mister 17.6 no fins is built different.