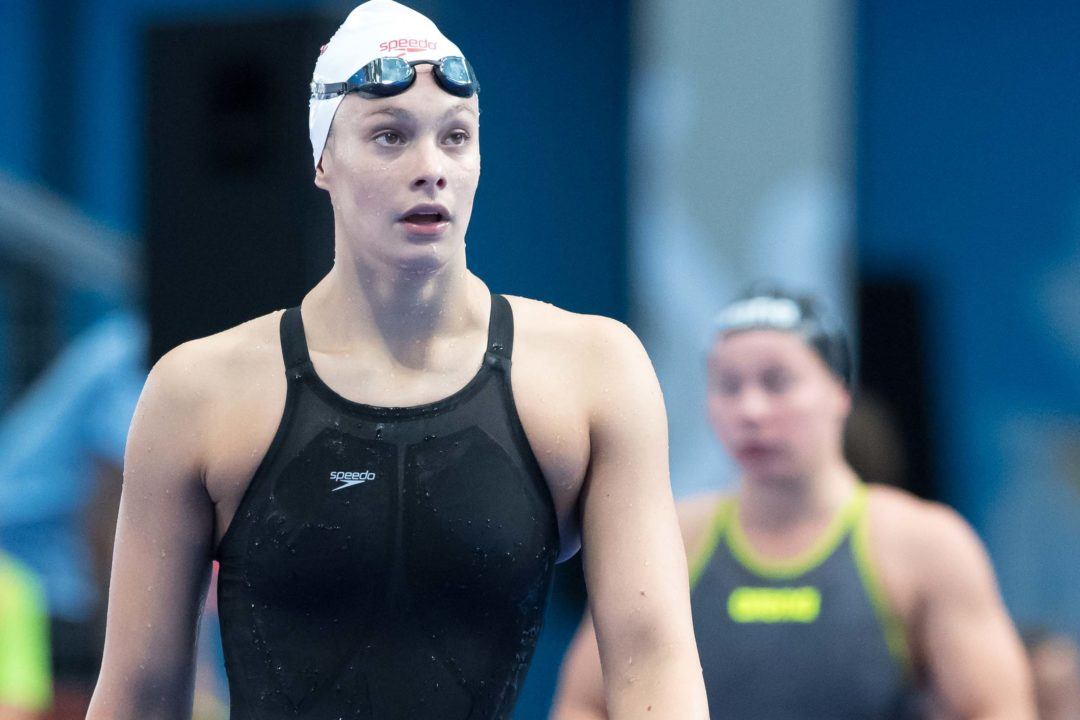 Another big-time team additional announcement is coming out of the International Swimming League (ISL), as the Energy Standard squad is loading up with 2016 Olympic champion Penny Oleksiak.  Archive photo via Mike Lewis/Ola Vista Photography

Another big-time team additional announcement is coming out of the International Swimming League (ISL), as the Energy Standard squad is loading up with 2016 Olympic champion Penny Oleksiak.

The 18-year-old Canadian roared her way to a gold medal in the women’s 100m freestyle at the 2016 Olympic Games in Rio, tying American Simone Manuel to top the podium. Oleksiak also collected 100m fly silver, as well as 2 relay bronzes, all at just 16 years of age at the time.

The following year, Oleksiak took 2 bronze medals at the 2017 World Championships as a member of Canada’s 4x100m mixed freestyle and mixed mdely relays.

The teen was a member of Canada’s Commonwealth Games squad that competed last year on the Gold Coast, but wasn’t able to medal in her individual races, finishing a painstaking 4th in both the 100m fly and 50m fly, while capturing 5th place in the 100m free. She wound up dropping the 50m free.

Oleksiak’s announcement is on the heels of the highly anticipated return of 2012 Olympic champion Florent Manaudou, who is also joining Team Energy Standard.

Is she just representing them at ISL or she making another move to this club permanently?!?

Team Energy Standard. Is this a team , meaning another place to train with a new coach?

Energy Standard has a swim club of about 10 international swimmers based in Turkey, but as far as just competing in the league for them I don’t think you need to be stationed there whatsoever. Club =/= ISL team.