Pennsylvania High School, Youth Swimming Will Be Allowed to Resume on January 4 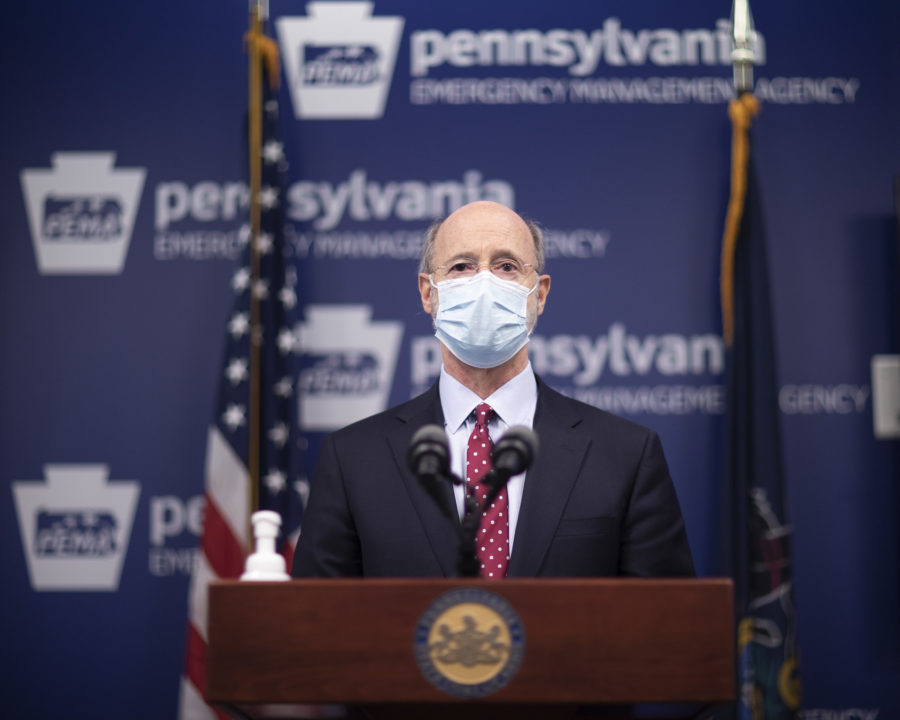 Pennsylvania Governor Tom Wolf (above) announced on Wednesday that some of the state's protective orders, including those shutting down youth sports, will expire on Jan. 4.

New Zealand has become the most recent country to announce that those headed to Tokyo this summer will be permitted to jump the COVID-19 vaccine queue.

Pennsylvania Governor Tom Wolf and Pennsylvania Health Department Secreatry Dr. Rachel Levine announced Wednesday that youth, high school sports, and other extracurricular activities in the state are expected to restart as soon as 8 AM Monday, when a state-wide quarantine order is set to lift, in part.

For Pennsylvania high schools, that means swimming & diving, wrestling, gymnastics, bowling, competitive spirit, and basketball will be allowed to continue.

Most youth and high school sports in the state shut down on December 12 when Wolf instituted orders tightening restrictions across the state in several sectors. Teams can resume high school competition as soon as January 8, assuming they have met two requirements set out before Christmas:

Virtual practices are not allowed, and schools may not shorten the return-to-competition period by holding multiple practices in a day. Teams that wish to scrimmage must have held a minimum of 5 practices, unless 6 or more preseason practices were completed. Then, only 4 practices are needed before competition resumes.

Safety protocols will still be required to resume activities as safely as possible.

This will also allow club competitions and practices, including USA Swimming, to resume in the state. The state was host to a significant site of competition for the USA Swimming 18 & Under Winter Championships in early December, where Josh Matheny broke a National Age Group Record in the 200 breaststroke. That meet had to be moved earlier and condensed to 2 days in order to be completed before the order went into effect.

When the shutdown began in Pennsylvania, the 7-day rolling average of new cases was 9,975; as of Thursday, that number had fallen to 7,134 new daily average cases.

The number of hospitalizations attributed to COVID-19 peaked at 6,151 on December 22, and on Thursday data collected by the New York Times reported 5,677 COVID-19 patients in the state’s hospitals, which is a decrease of about 7%.

The state’s order followed stricter orders instituted by some local municipalities, including the state’s largest city Philadelphia. Philadelphia has extended its ban on most indoor events through January 15, but has said that it may allow gyms and museums to reopen when the statewide restrictions expire on January 4.

Very excited to get back to it!

What a coincidence, right after the election. Not a politically motivated decision or anything

I’m not sure what point you’re trying to make – the shutdown was put in place after the election as well, by about 5 weeks.

Should’ve never shut down sports to begin with but nevertheless I am extremely excited to be back in the water on Monday.