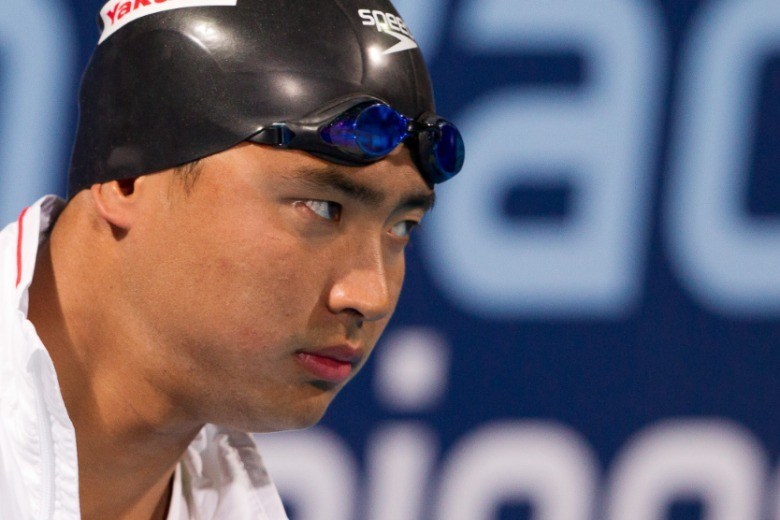 Throughout our coverage of the 2013 FINA World Championships in Barcelona, Spain, we will also be giving in depth coverage of records from several continents.

Overall it was a strong showing from the Asian swimmers here in Barcelona. There were four new national records and one Asian record set after Day 1.

Peng Wu set a new Asian record in the Men’s 50 Butterfly from China in a time of 23.43 – which was also a new Chinese National record.

Asian certainly has a dominance in the distance freestyle events. China’s Yang Sun swam away with the win, by over three seconds to Japan’s Kosuke Hagino. Sun has been all over the swimming “gossip” news, whether it is pertaining coaching changes, personal life scrutiny or pretty much being micromanaged every which way. He had quite an emotional post race reaction; it appeared to be like a sense of relief, and now he can just focus on swimming fast.

Defending Olympic champion from China, Shiwen Ye, will be in a battle tomorrow with Hungarian Katinka Hosszu in the 200IM final. We all remember Ye’s closing 50/100 in the IMs last summer in London. The two women swam in separate heats tonight, and only .3 separate the two of them in their final 50s (Hosszu 30.58, Ye 30.88). It’s hard to bet against Ye and her way to get to the wall.

Pakistan has come a far way with their support with their women’s swimming. Remember not even ten years ago in 2004, we saw Pakistan send their first female swimmer, Rubab Raza, to the Olympic Games. At that point Raza was only the second Pakistani female to participate in the Olympic Games. Lianna Catherine Swan is just sixteen years old, and with continued support by her country, she has a bright future to rewrite the record books of Pakistan.

Koskue Kitajima earned a berth into the final of the men’s 100 breaststroke. He was a bit off his heats time in semi-finals finishing at 59.92, but as the saying goes – if you have a lane, you have a chance. Originally, Kitajima didn’t even have a lane, and I bet Japan is happy with their decision to grant him a reprieve after his failure to qualify at their trials.

Another huge development for Japan Swimming includes Kenta Ito’s split on the 4x100m Freestyle Relay today. Recently as the 2012 Olympic Games, Japan has been able to hang with the American’s until the freestyle leg. Ito’s sprint ability may be the final key Japan needs to top the American’s.

This morning Ito split 47.99 and at finals he was 48.37 in the 4x100m FR-R. The anchor in London was 48.50. So either way you look at it, Ito’s addition is an improvement to Japan’s medley relay. Combined with a strong lead off by Ryosuke Irie in the backstroke, Kitajima doing his job in the breaststroke, and Ito getting his split back down to 48-flat or an even better sub-48, all the Japanese need to do is fill the hole that has emerged from their butterfly leg – which we will see who steps up come day 6 preliminaries of the FINA World Championships.