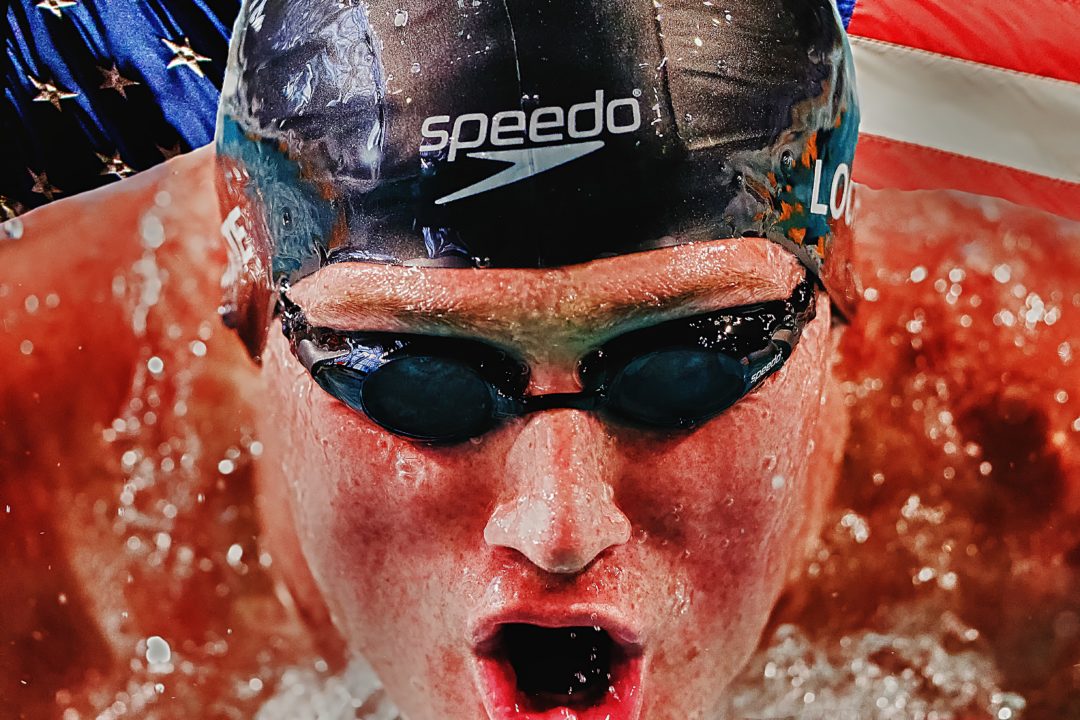 Ryan Lochte got his spot on finals, but he took the spot of who swam very well in prelims. That means that he needs to swim fast to prove it wasn't a bad decision by the American coaches. (File Photo: Tim Binning/TheSwimPictures.com)

The relay lineups have been announced for the men’s 400 free relay tonight, and the Americans have chosen Nathan Adrian to lead-off, followed by Ryan Lochte, Anthony Ervin, and Jimmy Feigen. This means that Matt Grevers, despite being 6th in the 100 free at the U.S. World Championship Trials, won’t participate in either round at this meet.

The Americans also chose Feigen, with a 48.39 leadoff in prelims, over Ricky Berens, who was faster when reaction-time was excluded: again going against the standard thought process for USA Swimming.

Australia will use James Magnussen on the leadoff, putting him up head-to-head with Adrian; the Russians will use Morozov on their 3rd leg, which is where we saw him swim often at USC, and save Danila Izotov for the anchor. Andrey Grechin, who was so fast leading off at the World University Games, will lead off here. The Russians need him to be under 48 seconds.

And finally, in a bit of the surprise, after finally making an international final, the Brazilians are leaving the same four on their relay, and not using Cesar Cielo. They have, however, moved Marcelo Chierighini to their anchor leg.

Queue all the Lochte haters..

No hate here, but logically makes no sense either. At least they have him tucked in that second position so he doesn’t get chased down and embarrassed again on the anchor leg. Also strange that they didn’t let Grevers swim in the prelims. You would think they would at least see what he wanted to go.

Either way, probably a toss up between Lochte, Grevers, and Berens.

Like it except Lochte. Feigen has been the fastest flat start and was just off his 48.2 that got the ind swim. Berens was great…why Lochte over Berens in my mind….not Feigen over Berens.

Like on the women’s side with Coughlin over Manuel, I don’t understand Berens over Lochte. But perhaps Ryan has been fast in the past few days. I hope it’s not another “political” choice.
I agree with the 4 names of the French team but totally disagree with the order. I wanted Manaudou, Stravius, Gilot and Agnel.

Based on the reaction times Coughlin was four tenths faster off the blocks, with extra momentum as well, and she only outsplit Manuel by .14 so that one baffled me as well. Maybe if Manuel had her coach on the team instead of Terri then it would have been different.

Bobo, I am actually glad that Manaudou is swimming second and it is for the same reason Adrian should not lead off – they both are great relay swimmers and they also have great power off the block in a relay exchange because of their weight. Because of this I think Florent should be able to swim a full second faster compared to a flatstart 100free. Im gonna be optimistic and say that his split could be in the range of Anthony Ervin or even 47.1. Hopefully Agnel is at least somewhere near his London shape. I am also glad Fabien Gilot made the relay, slowly getting back to where he was before the surgery.

That’s the line up i felt for the french , the one u mentioned here .

I don’t know how they can justify this after Ricky split 47.5 this morning, best case scenario for Lochte is probably a 47mid to high. This isn’t hating on Ryan, just look at his past relay splits and he has never been this fast in textile.

Well, I hope in Ryan Lochte’s mind is redemption from the Olympics relay. He will be fresh though having fully rested. I would have liked to see Berens in the final, he deserved it after this morning’s final. Then again, this was his fastest 100m race ever and who knows if he will be able to repeat it so soon. It’s a tough job for the US coaches

Hate this lineup for Team USA. I really question leaving Berens off; and not sure about Feigen anchoring. In no way do I believe this is our best lineup. Now I just hope they shut me up with a gold medal.

I hope that we do not see a repeat of London – Lochte swim was hard to watch…. but this is his first race of the meet!