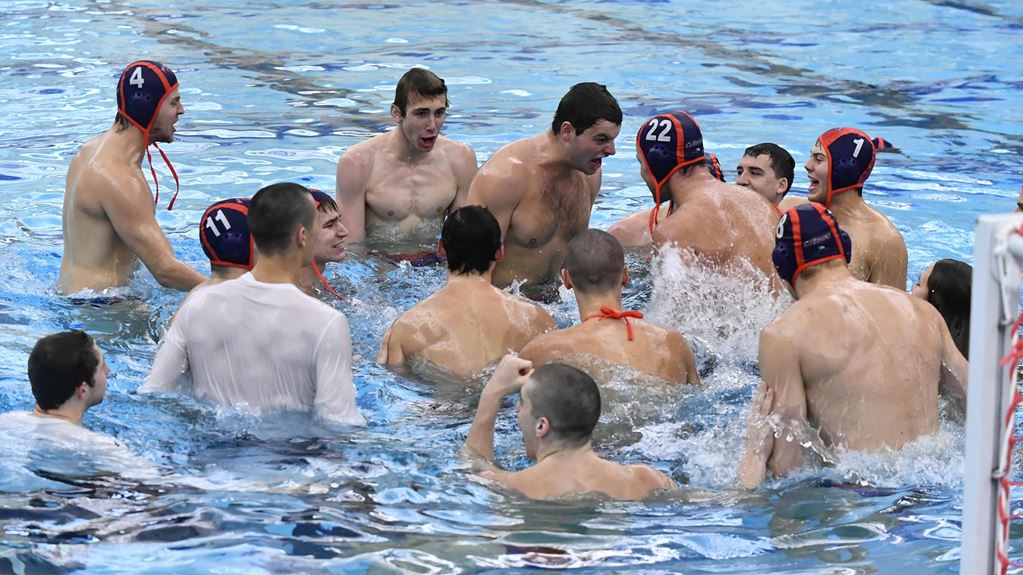 The Patriot League has become the second NCAA Division I conference to announce that it will cancel its fall athletics season as a result of uncertainty with the ongoing coronavirus pandemic. The ruling exempts Navy and the Army-West Point programs “because (they) are unique in their environments and their missions within higher education.”

The league, which includes 10 schools in the Northeastern United States, joins the Ivy League, which made a similar announcement last week.

Decisions relating to winter sports, like swimming & diving, and spring sports will be made at a later date.

Significantly, Army-West Point is independent in football and Navy competes in the American Athletic Conference in football, meaning the cancellation only applies to the 8 programs that participate in Patriot League football.

This is significant as Patriot League schools, like many mid-majors, have taken big financial hits as a result of the Big Ten and Pac-12 announcing that they won’t play any non-conference sporting games in several sports, including football, in 2020. Mid-major programs derive significant revenue from traveling to play against Power 5 programs.

While more cancellations are expected to come, Army’s current schedule includes only one team, Princeton, that has announced it won’t be playing this fall. Navy doesn’t have any opponents on their 2020 schedule yet that have said they won’t play.

One men’s varsity water polo program, Bucknell, will be impacted by the decision. The Collegiate Water Polo Association (CWPA) says that they have been notified that Bucknell will not compete this fall. Navy also fields a men’s water polo team, which should be able to compete.

The Bucknell men finished last season with a 23-9 record last season, including 7 wins against top 20 opponents. The team advanced to the NCAA tournament, beating #9 Harvard 13-12 in the opening round before losing to #2 USC 15-9 in the national quarterfinals. Bucknell finished the season ranked #10 in the CWPA men’s national varsity poll.

No nation ever protested its way from poverty to prosperity or got there through rhetoric or bureaucracies.

That is probably something that was once said about something.

Fair. Has generally occurred by taking over other nations and stealing their resources

To me, this seems like over-reaction. It’s obvious that we–meaning everyone–has to learn to manage the virus situation even as we try to contain/eliminate it. Will things be dramatically different in 3 months? If not, you’re then canceling winter sports? And then spring sports…again? Young people are the least affected group, by far.

I remember when Connecticut canceled their high school sports, the director said (paraphrased) “this is going to be really weird time, and we need our students to have the flexibility to focus on school without having to worry about sports.” That struck me a lot, and has stuck with me.

I don’t think college athletics necessarily needs to go that far. But, to some extent, these schools are still, at least pretending, to put the student in student-athlete first. Given how much everything is going to be thrown for a loop this fall, I don’t blame schools for learning toward the side of “let them focus on being students first.”

Sports play a large role in the mental health of student-athletes, and for many, it’s more stressful and distracting to not participate in their sport. I am hopeful they will at least be able to safely train, if not compete, as that may help them cope and focus on being students first.

I would argue uncertainty is as big a role (if not bigger) to the mental state of a college aged athlete (and many demographics). Giving some amount of certainty (“we are not doing fall sports”) could arguably be the better thing to do from a mental health stand point, rather than wavering around without any solid plans or potentially starting only to have the season yanked away so close to the end again…after all, many colleges are planning on wrapping up before championships are even completed, so the writing is already on the wall about how confidant colleges are they can even complete the season.

I think that’s an excellent point, and in this time when it’s impossible to plan for anything, it would be nice to feel certain about something. My own swimmer has just been able to get back in a pool last week, after 4 months out, and while I won’t be surprised about a cancellation or postponement of the college swim season, I really hope he (and so many others) gets to stay in the training pool for the foreseeable future.

I think it’s probably unrealistic to think programs are going to keep coaches on to train for an entire year and not compete. Maybe the head coach stays but there’s a good chance you’ll see a crazy amount of cuts/ furloughs and on top of that, training won’t be the same.

Also, college athletes are anywhere from 1-4 years away from the real world. They should start getting used to being able to work without sports. It’s coming quick.

Does anyone know when MAC (mid american) will announce their plan?