Passing of an Unsung Legend of Swimming: Guy Gibbons Dies at 51 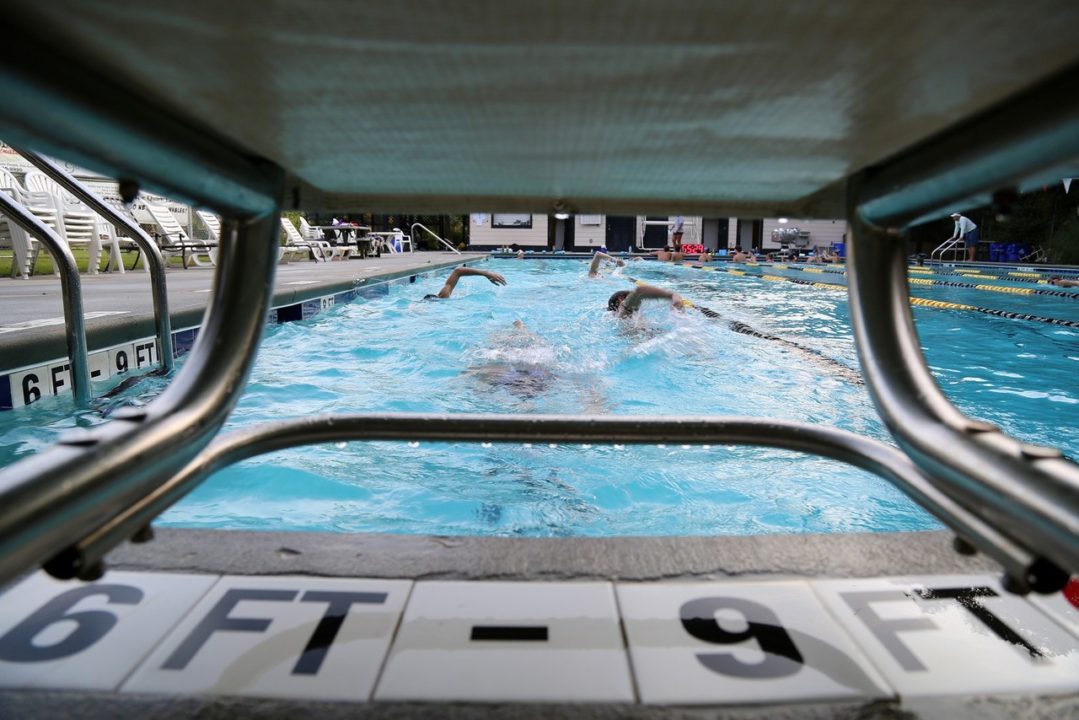 Anybody who’s been around swimming for long enough in North America has come across Guy Gibbons. That’s because Guy Gibbons... Current photo via Lester Rich

Anybody who’s been around swimming for long enough in North America has come across Guy Gibbons.

That’s because Guy Gibbons was a fixture on deck at major swimming meets, as he was the man-in-charge of Omega Timing’s operations when they ran major meets.

“He was a great guy and someone that was always behind the scenes but integral to many events as of on the great team of OMEGA Timing operators,” FINA representative Greg Eggert said of Gibbons’ passing.

Among the tributary comments made in Gibbons’ honor after news spread of his passing last Wednesday at 51 years old:

“Guy was a British born Canadian living in the USA representing the Swiss. He was a great leader and a teacher. With Guy, it wasn’t about getting the job done, it was about getting the job done right. A true Swiss at heart with all the characteristics of a Gibbons. His father Mike showed him the way and he in turn showed us.
Whenever a problem occurred at a swim meet that something wasn’t working right, Guy either knew the answer, or knew how to get the answer, so that the issue would be resolved as quickly as possible, and the meet could continue running smoothly.  He was always passionate about swim meets – and about his team running them professionally – and he did that extremely well.  I will miss him, and the zest that he brought to life and to swimming.” – Bob Matlack, Hy-Tek Director of Technical Support

“Guy always had a calm and forthright manner with his crews and with the officials.  We’ll miss him terribly.”  – former USA Swimming president Ron Van Pool

“Our thoughts are with his family and friends. We are shocked and saddened by the news and we’re thinking about them. He’s been a great member of the  community, a great contributor and he’s going to be sorely missed.” – Swimming Canada CEO Ahmed El-Awadi.

“After the Olympics in 1976, Mike basically became the guru of OMEGA in the 80s in Canada up to the  point by 1996 he was running OMEGA at the Atlanta Olympics in 1996. He hired Guy to help him in Canada.” – Swimming Canada CEO Pierre Lafontaine, now CEO of Canadian Interuniversity Sport.

Thanks to Swimming Canada and Greg Eggert for contributing to this report.

does anyone have a picture of Guy? just wonder if I know him.

Thank you! Yes, I do know him. Sorry to hear about his too early departure.