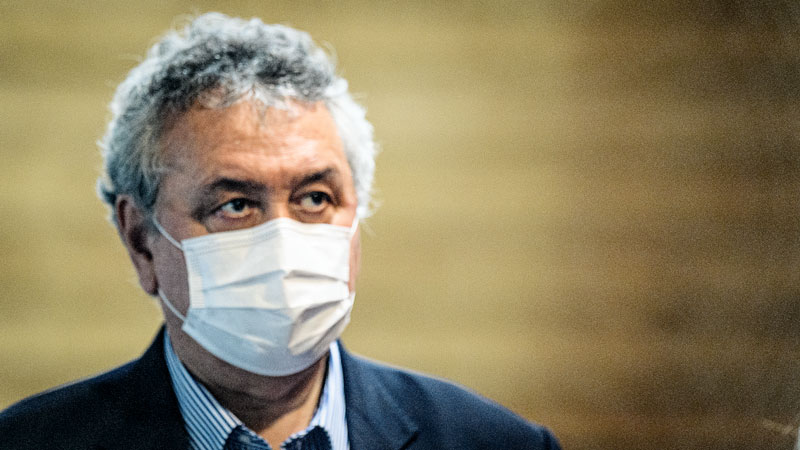 Barelli said he learned of his suspension with "great surprise and embarrassment" and questioned the timing given he's in the midst of a political campaign. Archive photo via © Giorgio Scala/Deepbluemedia/Insidefoto

Hours after learning of his suspension from FINA, Italian Swimming Federation President Paolo Barelli has offered his prompt response.

Barelli, a former high-ranking FINA official who was also the President of the LEN up until his abrupt departure last year, received a provisional suspension from the international governing body on Wednesday effective immediately for alleged wrongdoing

“I learned with great surprise and embarrassment from the FINA website my provisional suspension which precludes activity within FINA itself and includes, in their opinion, also the provisional suspension as president of the Italian Swimming Federation,” Barelli said via translation in a statement from the Italian Swimming Federation.

“My lawyer in Switzerland, Etienne Campiche, said: ‘This decision is surreal in many respects. It does not address our arguments at all. These arguments had already been promptly provided at the request of FINA. Furthermore, no explanation is given on the measure of the suspension and this tramples on the most elementary right to be heard.”

FINA said that Barelli’s suspension stemmed from multiple referrals of alleged wrongdoing in three separate cases, including multiple rule violations of the FINA Constitution and the FINA Code of Ethics, but didn’t elaborate further.

While FINA will continue to relay decisions of the independent Ethics Panel, it would not be appropriate for FINA to comment on ongoing cases.

“I believe that this procedure may be inspired by some newspaper articles, already denounced for defamation, in order to obfuscate and diminish the organizational and sporting successes achieved as President of the European League until the beginning of this year and as President of the Italian Swimming Federation, as also shown in the recent European Championships Rome 2022,” Barelli continued.

“The time of the attack on my political role in the run-up to the elections is also suspect.
I am sure that this story, like all the others with which people tried to tarnish me in Italy and abroad, will end with the full demonstration of my correctness.”

Barelli is currently a candidate for re-election to the Italian Senate, running as part of the Forza Italia party. The election is slated for September 25.

In 2020, during his tenure as LEN President, Barelli was put under investigation for allegations of financial misconduct.

In 2021, after being re-elected to another four-year term as LEN President, Barelli’s administration received a vote of no confidence and he was abruptly voted out of the leadership role that he had held since 2012.

FINA is corrupt at all levels. A bunch of criminals making decisions about criminals.

It must be pretty serious if he’s on double or triple secret suspension.