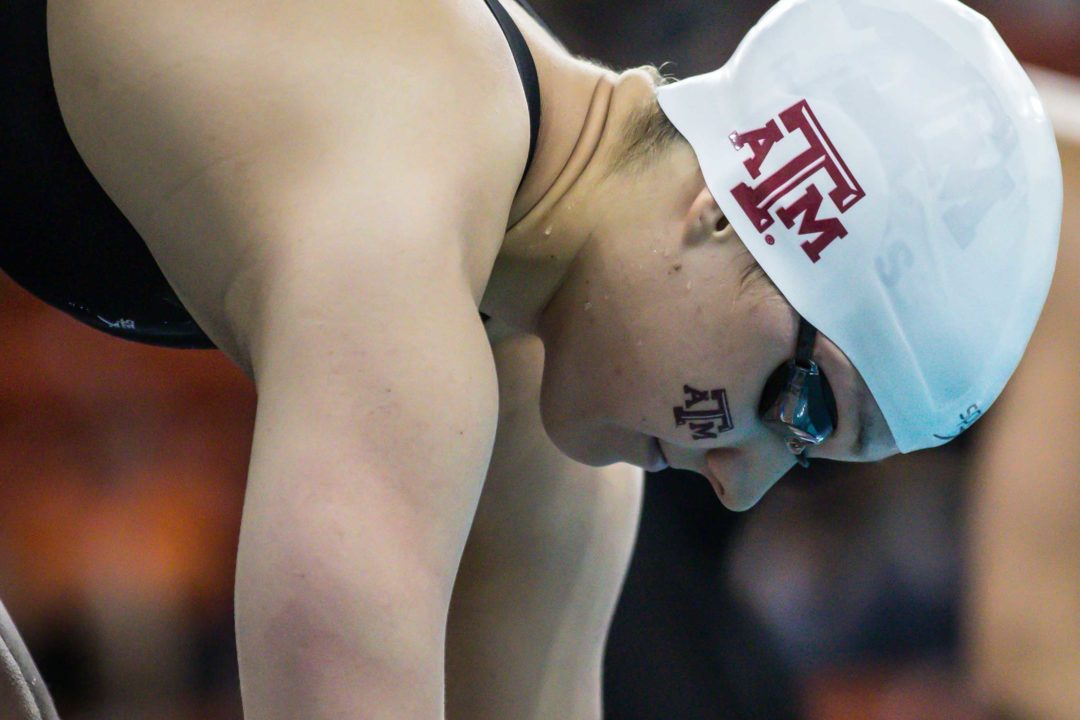 Claire Rasmus (above) was the 2018 SEC Champion in the 200 free for Texas A&M and remains the school record holder in that event. Archive photo via Jack Spitser/Spitser Photography

Given that she graduated from high school in 2015 with a best time of 1:50.20, even while training with one of the country’s better clubs the Bolles School Sharks, her improvements throughout her college career are truly an outlier.

Since the Rio Olympics, Rasmus is the 14th-ranked American in the 200 free in long course with a best time of 1:57.92 from the 2017 US National Championships. She finished 7th at that meet, which just-missed earning her a top 6 spot that would have sent her to the Pan Pac Championships that year.

She added another two gold medals for Team USA at the 2019 World University Games, winning gold as part of the women’s 400 and 800 free relays.

In 2017, she also swam at the World University Games, where she won a silver medal in women’s 800 free relay and a bronze in the women’s 400 free relay.

Troskot finished his career at A&M in 2014, before Rasmus began hers. One of the team’s full-time assistant coaches, Nathan Lavery, also swam at Texas A&M.

What gives you that impression? James has never coached a Freestyler to NCAA’s

Mind explaining how you reached that conclusion? I’m curious about all of this. The TCU staff claims some big-time swims, but I’m not sure how much credit they actually deserve.

I’m glad for her & wish her the best with TCU👍👍