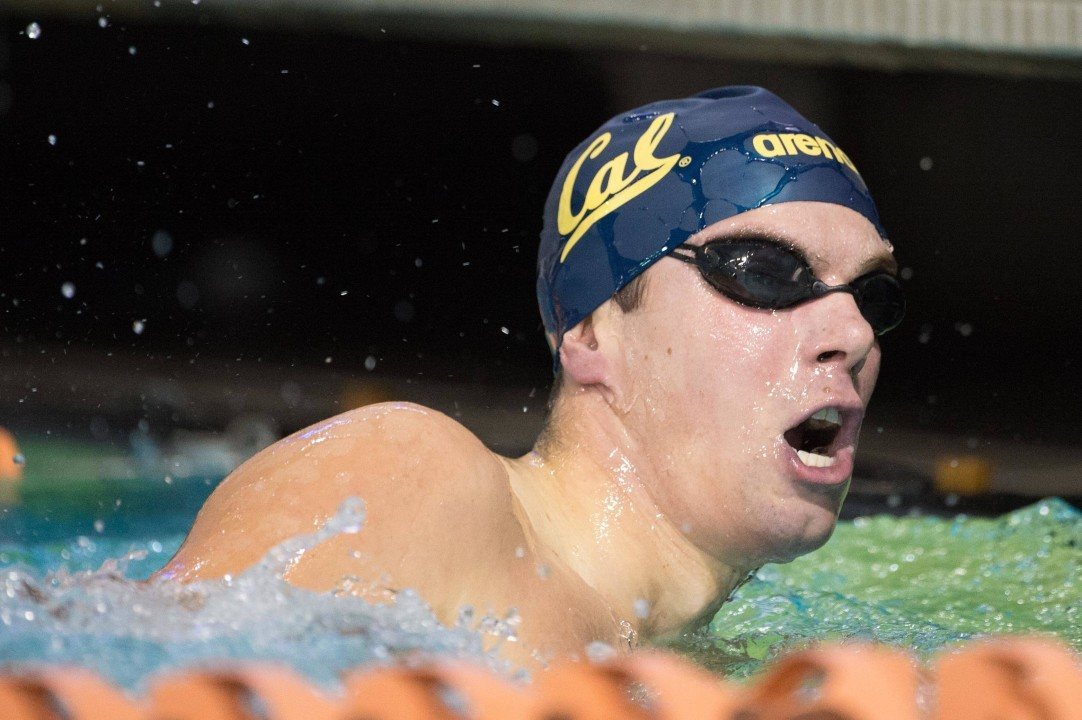 The Conference office announced today Josh Prenot of CALIFORNIA was named Pac-12 Men's Swimmer of the Month and Rafael Quintero was voted Men's Diver of the Month for December. Archive photo via Mike Lewis/Ola Vista Photography

SAN FRANCISCO – The Conference office announced today Josh Prenot of CALIFORNIA was named Pac-12 Men’s Swimmer of the Month and Rafael Quintero was voted Men’s Diver of the Month for December.

Prenot (Orcutt, Calif.) earned three first-place finishes in four events at the Georgia Fall Invitational. The senior won the 200-yard individual medley with a time of 1:43.13, the top time in the nation of the school year. He also holds the nation’s best time of the season in the 200-yard breaststroke at 1:51.75. Prenot clocked a time of 3:39.94 in the 400-yard individual medley, which is the No. 3 time in the country. In the 400-yard medley relay, he swam the breaststroke leg and helped the team post a time of 3:04.88, also this season’s top time nationally. Prenot also competed at the Duel in the Pool for Team USA and posted a time of 1:53.09 in the 200-meter long course individual medley. This is his second-career monthly accolade and the seventh all-time for the Golden Bears.

Quintero (Rio Grande, Puerto Rico) is the second Wildcat in Pac-12 history to be a three-time Pac-12 Men’s Diver of the Month honoree, along with Ben Grado. The senior earned a runner-up finish at the USA Diving Winter National Championships, scoring 1414.60 on the platform. He finished in second place after the preliminary round (465.10) as well as the semifinal (936.70). Arizona has six all-time monthly diving honors, tied for the second-most in the league with Stanford.

1:53.09 (Short course meters.) That time would be the world record otherwise.