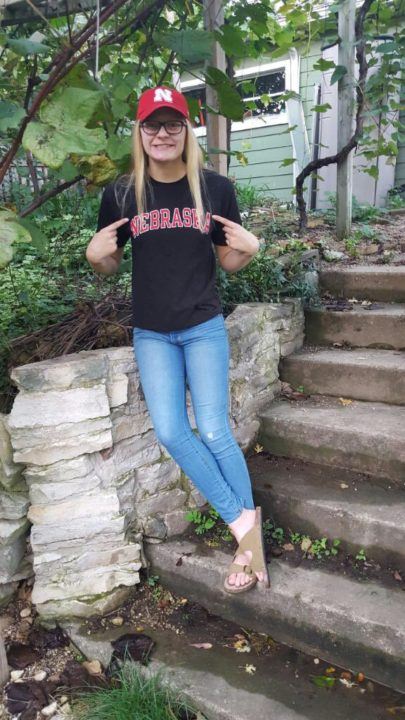 The Nebraska Cornhuskers have gained a verbal commitment from Ozaukee Aquatics’ Autumn Haebig.

Congrats to Autumn Haebig for committing to swim at the University of Nebraska! Go OZ! Go Big Red!! @swimswamnews @SwimmingWorld So Proud! pic.twitter.com/V9hHDCOtJ3

Haebig is a high-profile freestyler/backstroker from Wisconsin, returning after a huge junior season. At the Wisconsin Girls’ Division 2 Championships last season, Haebig won both the 500 free (4:54.72) and the 100 back (54.95), setting a Division 2 record in the latter event. She also led off Grafton High School’s title-winning 200 medley relay (25.72), which broke a Division 2 record, and split a 51.76 on their title-winning 400 free relay.

Haebig is also the D2 record holder in the 100 fly as well as the 400 free relay, both swims coming from 2014 when she was a sophomore.

The kind of versatility that Haebig is bringing to Nebraska, not just in terms of her different strokes but also regarding her sprint-to-distance range, will very big for the program. She’ll be a strong addition immediately to free relays, while her backstroke will be of serious value to the ‘Huskers, who had zero Big Ten finalists in the 100 back and only two in the 200 back last season.

A huge congratulations to Autumn! Nebraska is getting a wonderful swimmer and teammate!

Congrats Autumn! Go tear up the water in the Big Ten! #GBR