Out of the Depths: CSU’s Rowley Shares Her Success Story 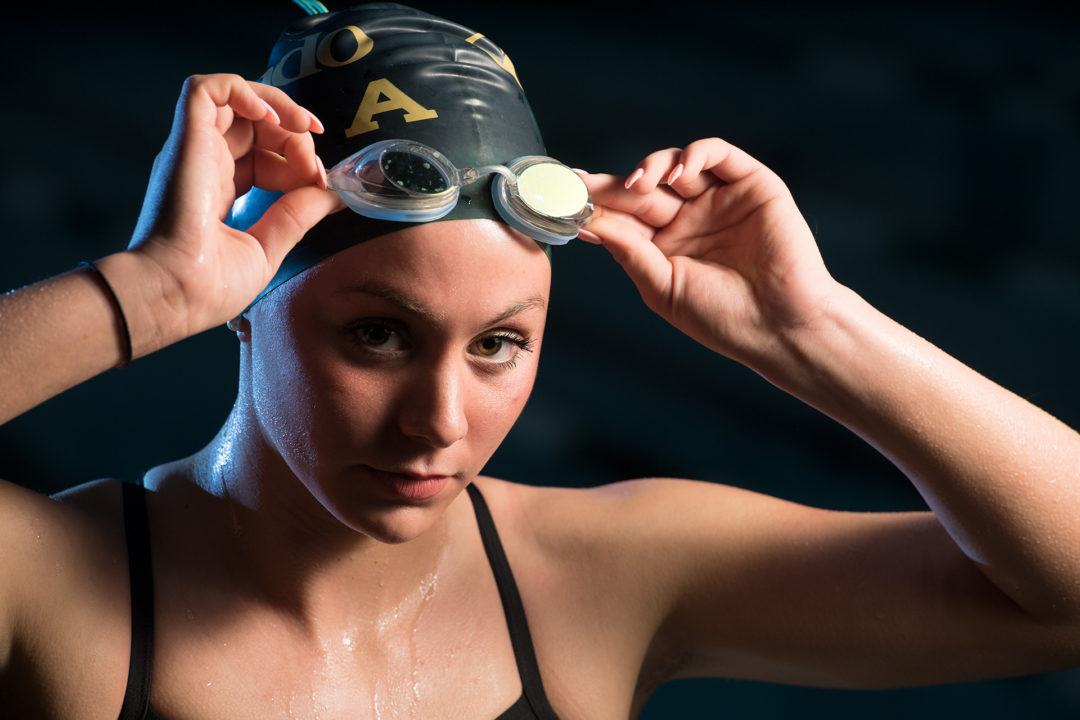 Perhaps the person most surprised to learn that Colorado State University’s Haley Rowley had been named the Mountain West’s Swimmer of the Year was, well, Haley Rowley.

The award – a first for a CSU swimmer in more than a decade – was as unexpected as Rowley’s performance at the conference championships in February, when she seemingly emerged from nowhere to win two events and share the honor of scoring the most points during the weeklong meet in San Antonio. She set four school records, became CSU’s first individual event winner in six years and won Swimmer of the Meet.

Rowley’s story is complex. It begins in Boulder County, where she was a prodigy in the pool, separating herself from her peers shortly after starting to swim competitively at age 6. She was the first 8-year-old to qualify for the state championships in the butterfly, and she continued to dominate multiple events throughout her teens.

Rowley has twice qualified for the U.S. Olympic Trials – in 2012, she finished a remarkable 26th out of 186 qualifiers in the 200-meter backstroke. She had a unique style that she still favors today, racing hard right off the block to break her opponents’ will early.

But while Rowley, now 21, has been a force in the pool for 15 years, her journey has been anything but smooth. Her home life has had more than a few ups and downs, and she describes her relationship with her mom – Rowley has never met her father – as “complicated.”

Faced with ever-mounting difficulties with her home life – she doesn’t like to talk about her challenges with her mother but admits they are not close – and other issues, she felt herself breaking down. The girl who had felt at home in the water since age 6 was drowning in a pool of personal despair. She decided to talk to Rams coach Chris “Woody” Woodard about stepping away from swimming.

“I had never done anything like that,” she said. “I just told Woody I couldn’t do it anymore. For the first time in my life I couldn’t just swim off my problems. There were some traumatic events, and a lot of feelings that I buried over the years. I just really needed some time away to deal with things.”

Woodard recognized that Rowley needed help. He told her to stop swimming and come back to the team when she was ready, and helped her connect with counseling services through the CSU Health Network.