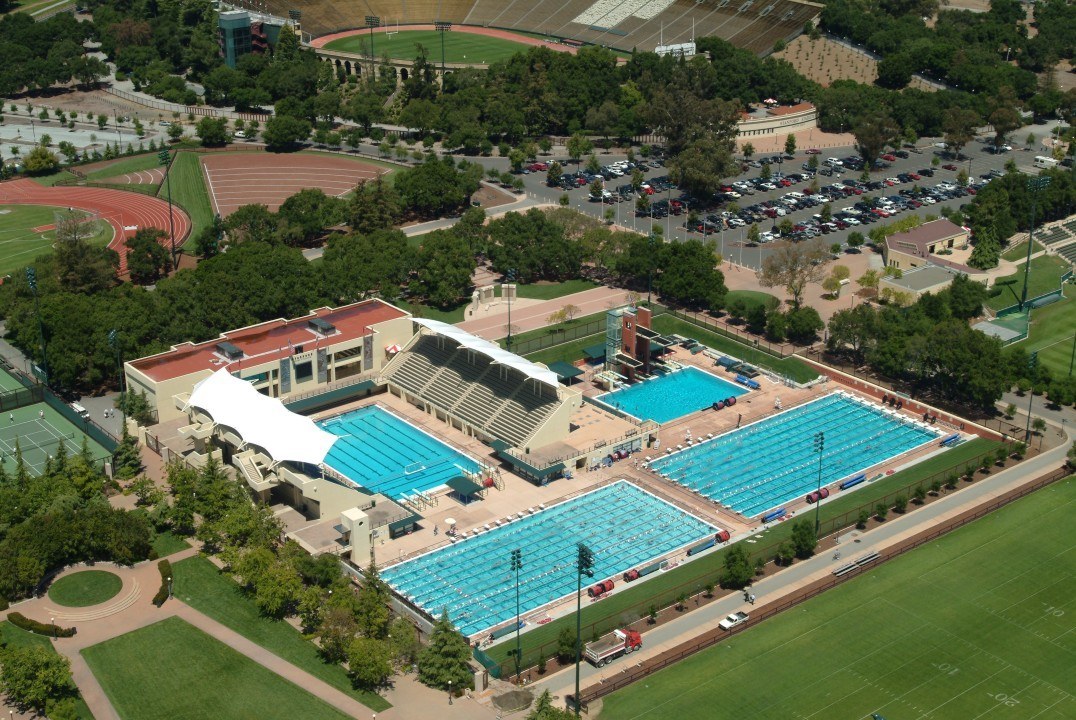 Stanford announced last summer that it would be cutting 11 varsity sports, including synchronized swimming and aquatic-adjacent sports rowing and sailing. Other sports cut were wrestling, men’s volleyball, squash, field hockey and women’s fencing.

That comes during a year that was brutal on Olympic and non-revenue sports at the college level, with multiple Division I swimming & diving programs cut amid financial issues in the coronavirus pandemic.

But The Stanford Daily reports that both sides say they are optimistic after the meeting between the school president and the alumni organization.

“We believe President Tessier-Lavigne and the Board’s Athletics subcommittee are trying to lead an earnest effort to review the decision,” said 36 Sports Strong representative Jeremy Jacobs in the Daily story. “We look forward to continuing the conversation about how this plan will work for Stanford students.”

The school said that Tessier-Lavigne and 36 Sports Strong had “a substantive and very informative exchange,” per the Stanford Daily.

The group has raised more than $50 million between pledges and existing endowments, and hopes to self-endow the 11 cut programs. 36 Sports Strong lists several big-name aquatic representatives among its ranks:

If STANFORD is making these cuts, I think Aquatics in general is in BIG trouble.
The only way to salvation is to TRY and form self-endowed programs – otherwise, the colleges and universities can cut you ANY time, period.

I think this more of a strategic way to garner more attention to programs and receive more funding. I believe he knew full well that by announcing the cuts that the alumni and advocacy groups would step and raise funds to keep programs running.

So I disagree with your statement and firmly believe that Stanford and many other programs will continue to build a solid foundation for their programs.

American University just announced of signing the Stanford Wresting coach who was with the school for 13 seasons. It is unfortunate that this situation was not resolved beforehand.

That is quite the amazing swim complex.

when you have alumni with money you get nice things

Correct. And that’s why it so so surprising to see STANFORD, of all places (with a $28 billion university endowment) cutting a bunch of sports. Yes, that billion with a B

Endowment $ cannot be used for athletics.

Stanfords $28 Billion endowment is not a Sports Endowment. The coaches had to get alums to endow their positions since the school’s endowment couldn’t be used.