An Open Letter To The Freshman Who Never Thought Of Redshirting 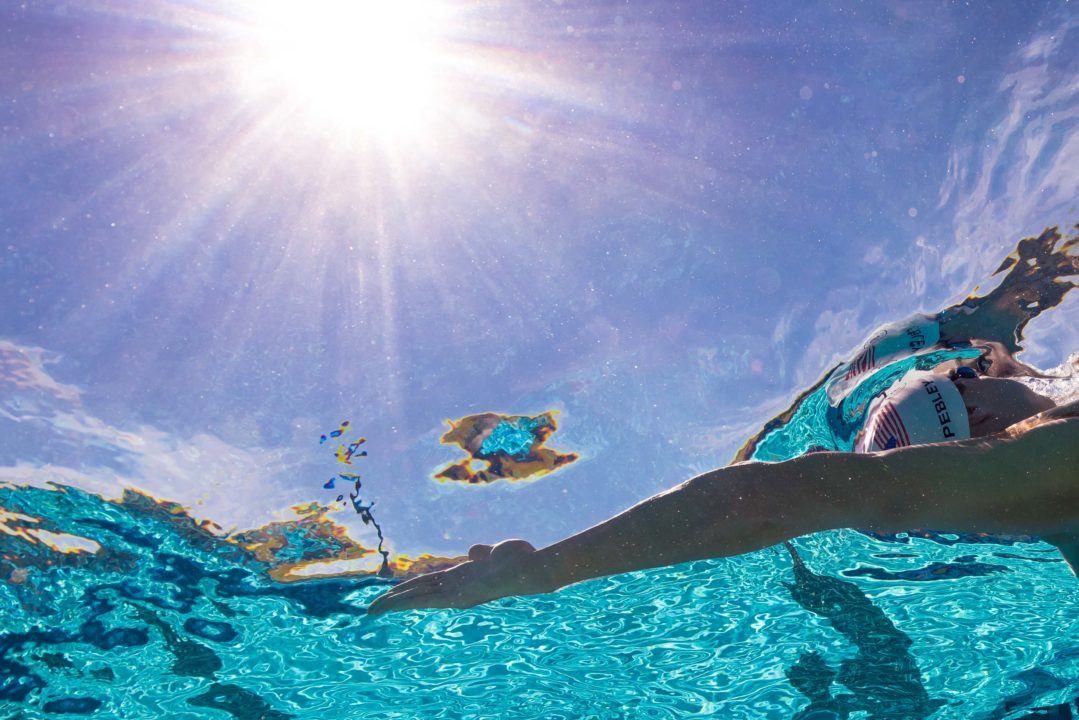 I know this year is definitely not what you planned on. Trust me, I know. I was in your spot my freshman year as well. Let me tell you a story of what happened to me. Current photo via Mike Lewis/Ola Vista Photography

I know this year is definitely not what you planned on. Trust me, I know. I was in your spot my freshman year as well. Let me tell you a story of what happened to me.

It was about mid-July when I got a call from my coach about how the NCAA had some trouble with my transcript. I immediately started to freak out. My dad was currently in a meeting when I answered my phone and after his meeting I told him what was wrong, we both went home and got on the computer to re-order my transcript to be sent to the NCAA. So, for the next month before I went to school we were in a constant battle trying to get everything done before I left. Needless to say, that didn’t happen. So, I packed up and headed to Aberdeen, South Dakota, for school. Flashforward a couple of weeks and I was on the phone with my parents telling them how I had talked to my coach and asked if she had heard anything. You can guess that her reply was negative. I broke down on the phone with my parents. I was done fighting, I’d had enough. I had never felt so defeated before, and it was a tough feeling to handle. A couple of weeks later my parents came to Aberdeen for the first swim meet. That is a day I will never forget because that is the day that I officially found out that I would not be able to compete that year in any swim meets. To say I was crushed was an understatement. I was heartbroken. It felt like the past eleven years’ worth of swimming were all for nothing. It was a rough time, but my parents gave me options. I could either finish the semester and second semester go back home and go to college in my hometown and not swim at all or I could stay and keep swimming.

I’m not going to lie, going home did sound appealing. But then again, a life without swimming would not be a life I would want to live. I have been swimming since I was eight and my sister started swimming four years earlier, so swimming has taken up a greater portion of my life and I was not ready to just give up. At that moment, I was too emotional to think things through rationally; I told my parents that I would think about it. And I did, a lot. I told them that I would have an answer by Thanksgiving.

There were many things that happened between that day and the time I made my decision. There were tears (a lot of tears), I spent a lot of time by myself (most of my tears were shed then), and I thought (long and hard). I remember having a breakdown in front of a couple of my teammates and I think it’s okay do to that because you can’t be strong all the time. It’s okay to show that emotion because your upset and sad and at that point in time I just really needed a hug and my teammates were there for me, much like yours will be there for you.

I think I made my decision after the last home meet. I was helping my coach keep track of splits and I kind of felt like a coach. I voiced my thoughts to one of my teammates and she agreed wholeheartedly. I think that was what helped change my mind about a lot of things. It made me take several steps back and look to the future after I graduated college and how swimming would be out of my life completely. I could barely handle not going to swim meets, how was I going to handle not swimming at all? The answer was simple, I was going to become a swim coach. My team was gone and I immediately called up my dad and told him everything. How I wanted to stay and how I wanted to be a swim coach and how much I loved it here and how happy I was here even though I couldn’t go to swim meets.

Throughout the next couple of months, I would always wish my teammates good luck and see them off on their away meets. It didn’t matter if they were leaving at five in the morning or six in the afternoon, I would always go and tell them good luck and that I would miss them. But at the beginning of the year we drew names for a Secret Swimmer (kind of like a Secret Santa type of deal). My Secret Swimmer made me feel so important to the team, even though I couldn’t contribute much, she made me feel like I was so much more than just a redshirt freshman. I remember one day there was just a red Powerade with a note attached to it along with a small little zebra sitting in front of my locker. I had to go home unexpectedly so the note said, “Jordan, I’m so glad you’re back in Aberdeen! Keep your chin up! Things are going to get better!! (Jeremiah 29:11)” and there was an arrow pointing to the bible verse that said, “Check it out.” So, I did. For those that don’t know what Jeremiah 29:11 says, it goes something like this, “’For I know the plans I have for you,’ declares the Lord, ‘plans to prosper you and not to harm you, plans to give you hope and a future.’” That was something that changed me and I’m so glad that she was able to help me so much. That was one of the many things that she did that helped me so much throughout my freshman year.

Another thing that helped was something that I have heard so many people say, “Things don’t happen for a reason, they happen to teach you a lesson.” My grandma even told me something similar to this, but a bit more religious, “Things don’t happen for a reason, God is with you and he must have not wanted you to swim this year. He will be with you and guide you to what is right.” And so, every time I went to church when my team was gone I would pray that would have safe travels and hope that he would guide me the right way. I think that God did want to teach me a lesson about myself and who I wanted to be in the future.

A lot of things happened to me and I guess by me sharing my story with all you freshman is just to say that it does get better. It really does. It may seem like life just keeps throwing you the wrong stroke, but it will get better real soon. Stay positive because you will learn so much more about life and yourself through this long year, but it will all be worth it because (if you do decide to stay like I did) you will have a year of training under your belt and you will smash it next year. For those of you that choose to go home, I hope you do find yourself and what you are very passionate about it. I know that I found out more about myself this past year than I did the previous twenty years of my life.

So, whether you’re out with an unexpected injury, or your transcript wasn’t accepted by the NCAA, I hope you choose what is mentally healthy for you. I hope that you learn so much more about yourself than you ever have. I hope that you stay strong and never lose hope like I almost did. I hope you have faith in your coaches, and your team, and most importantly, yourself. Never, ever, give up when you want something, because you are so much stronger than you think.

This letter is to you. I know you will have a rough year and it will be tough to get through. It may seem like the whole world is against you and you may feel like you have lost faith in everything. Let me tell you something though, you make this world what it is. You have so much unreleased potential that you have no idea what to do with it. Trust me on this, you have a lot of time to figure that out, just breathe and hang in there because you can do anything you set your mind to.

With all my heart,
A Sophomore with a Chance

Originally from Emporia, Kansas. Moved to Aberdeen, South Dakota, to swim distance for Northern State University. Started swimming at age 8 and has never stopped. Aspiring swim coach in the making. Believes in God, that everyone has a purpose in life, and that every kid deserves the chance to swim.