Onto Her Third Coach, Ledecky Doesn’t Miss a Beat 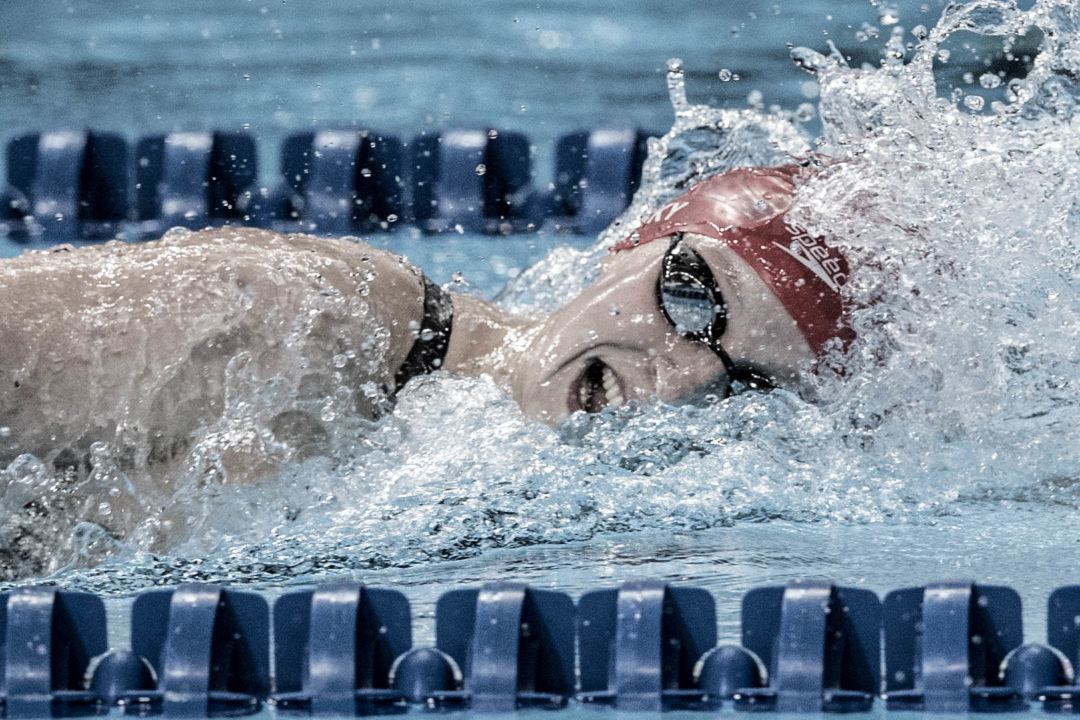 Changing coaches can be tough on a swimmer. After getting to know your coach’s philosophy, training style and personality over, in most cases many years, an abrupt change can often have a negative immediate impact on the athlete.

Some notable swimmers have had difficulty switching coaches in the past. A world-class swimmer coupled with a world-class coach, but sometimes the chemistry just isn’t right. 2012 200 freestyle Olympic champion Yannick Agnel made the move to North Baltimore in May of 2013 to train with Bob Bowman, longtime coach of Michael Phelps. Despite a solid 2013 World Championship, disappointing results followed and he ultimately made the move back to France in September of 2014. His career seemed to go on a steady decline since his triumph in 2012, and the constant changing of coaches certainly took a toll.

Ryan Lochte also had a relatively difficult time moving from Gregg Troy to David Marsh, with marked decline over the last three years (2014-2016) relative to the years previous (though age no doubt played a role). Michael Phelps never took the chance nor did he need to, sticking with Bowman his entire career.

It is strange to see the best swimmers in the world change coaches, especially in the middle of their prime, and usually they have difficulty with it. However, one swimmer who hasn’t missed a beat now onto her third coach is Katie Ledecky.

Ledecky began with coach Yuri Suguiyama, who coached her club team Nations Capital. From the age of 10 to 15 he transformed her from an age-group swimmer into an Olympic champion, as she shockingly won gold in the 800 freestyle at the 2012 Olympics at just 15. After this massive triumph, Suguiyama was hired to become the assistant coach of the Cal Bears men’s team, leaving Ledecky to NCAP’s new hire Bruce Gemmell.

Gemmell already had an impressive resume in distance swimming when he joined NCAP in October of 2012, coaching his son Andrew Gemmell to a win at the 2012 Olympic Trials in the 1500 free. Ledecky truly did not mess a step with Gemmell, showing her Olympic performance was no fluke with a four gold medal performance at the 2013 World Championships.

We all know what she’s done since with Gemmell at the helm: five golds at the 2014 Pan Pacs, five golds at the 2015 Worlds, and another four at the 2016 Olympics this past summer in Rio, not to mention countless World and American records. Yet, directly after an amazing Olympic performance just like four years ago, Ledecky would be switching coaches again.

Ledecky committed to Stanford in 2014.

It had been official since 2014; Ledecky was committed to Stanford University and would swim four years collegiately. So a coaching change was imminent and was something she knew was coming. She deferred the 2015-16 season to exclusively train for the Olympics with Gemmell, and that obviously paid off in spades, but now it was time to go to Stanford and train with their exceptional women’s team and head coach Greg Meehan.

The NCAA season is still early, but thus far Ledecky hasn’t missed a beat after another coaching change. She first broke the NCAA record in the 1000 free at a regular dual meet, and then went and broke the NCAA, American and US Open records in the 500 free and 1650 free at the Ohio State Invite last week (including breaking that 1000 NCAA record again on the way).

It’s pretty clear by now that Ledecky is the most dominant swimmer still active, and maybe ever. She continues to get better, faster, putting up mind boggling times swim after swim. Many swimmers struggle with coaching changes. Ledecky has thrived. She reached the top with Sugiyama, became even more dominant with Gemmell, and now appears well on her way to topping herself once again with Meehan. Her combination of talent and work ethic, along with being coachable, has led her down this path to success. Her level of ability is so far ahead of anyone else in the world right now it’s difficult to say what kind of impact these coaching changes have had on her swimming. She’s been flat-out dominant over the past four years amid the changes. What we can say is that she has handled the transitions from coach-to-coach exceptionally well, and the changes haven’t appeared to slow down the Ledecky train one bit.

And she has the ability to focus at a time goal committed 3years ago and pushing towards it everyday, and not get distracted by the interim success and time achieved. Amazing!

First off, let me state that I am a big fan of Katie going to Stanford. She can obviously make own decisions, is very smart, and unlike any other swimmer on the planet. That said, here is what worries me.

Okay, so no big surprise that she has already demolished NCAA records, and set some personal bests. She did not fully taper for yards last year (except for the 1000 maybe) so they are a tad outdated compared to her improvement over the least season. Would changing coaches for three months really impact her so much that she falls off, or excels to a new level? No, she is still the same swimmer. It won’t be a problem to dominate… Read more »

No one can be dominating or has best time forever. It is always the decision of how she wants to spend her time and focus. We are lucky to see what her focus in the last 3 or 4 years brought her, and it is too bad if we as fan simply point to going/swimming in college as an worry of her performance. Even MP stop having best time or world records for a while, and we never find it less exciting to see him race (winning or not). Let’s relax on those worry and enjoy her fire in the pool.

There is a dream: I want her to hold world records from 200 through 1500. I want her to have eight gold medals in Tokyo hoping that it will be enough to make 52.6-52.7 to win 100. The college racing are not much of help to make such a dream true.

Yes, no way she can get faster racing mediocre college swimmers like Simone Manuel and Abbey Weitzel.

It’s hard to say what we have more in your comment: a joke, a sarcasm or deep thoughts driven by objective observations 🙂
But look at the progress made by Katie since 2011 at 100 lcm. That is the most steady and the most consistently accelerating progress among all disciplines she was racing.
56.86 – 56.71 – 56.0 – 54.96 – 54.55 – 52.6(relay)
As you see there is nothing like puberty jump, but the reflection of smart coaching and dedication at practice. That makes me to believe that 53 sec barrier would be taken almost for sure if her coach and training environment will be oriented on this goal as well. Does she has it in… Read more »

Simone Manuel is the Olympic champion in 100 free? Mediocre?

Any word on if she’ll continue training at Stanford in the summer months as well?