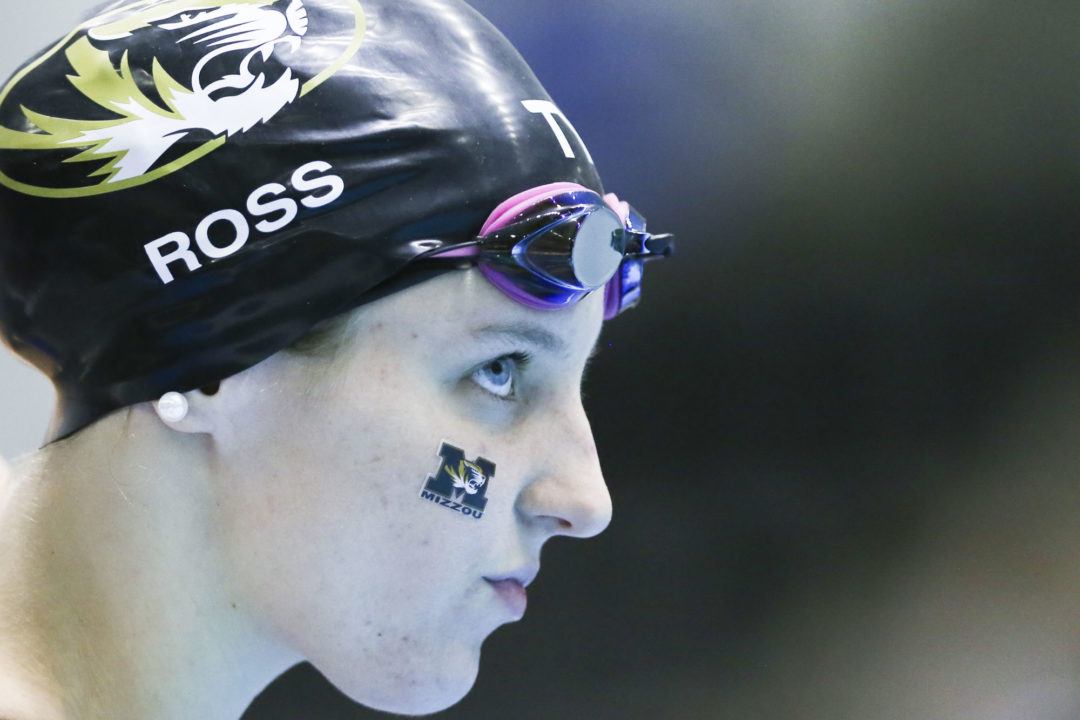 SEC Champion and 2016 U.S. Olympic Trials semifinalist Katharine Ross has retired from the sport to move on to law school. Archive photo via Tim Binning/TheSwimPictures.com

SEC Champion and 2016 U.S. Olympic Trials semifinalist Katharine Ross has retired from the sport to move on to law school.

Ross competed for the University of Missouri from 2013-2017 and breaking new ground for the fast-rising program. In 2014, she became the first freshman swimmer in school history to become an individual All-American. By 2016, she had become Missouri’s first-ever SEC champion in swimming while winning the 100 breaststroke at the conference championships.

Ross also finished 16th in the 100 breast at Olympic Trials in 2016 and took 13th in that event (and 7th in the 50 breast) at last summer’s National Championships. Ross will now move on to Missouri’s law school, confirming to SwimSwam that she is retiring after competing much of last fall and as recently as April of this year.

“I’m honored to have been a part of a monumental time in the University of Missouri’s swim and dive program, as well as the past decade and a half of USA swimming,” Ross told SwimSwam last week. “I will always feel passion for the sport, but my focus is shifting as I prepare to earn my graduate degree at the University of Missouri’s School of Law. I have no doubt I’ll be using the tools I’ve gained from my many years of competitive swimming as I pursue my new dream. Thank you to all my coaches and teammates from throughout the years, as well as the entire swimming community, for providing me with opportunities and experiences few others get to enjoy.”

Best of luck. Another real champion.

God bless you Katharine, be well!

We wish you all the best, champ.