Olympic Swimmers Give Back in Honor of Newtown, CT 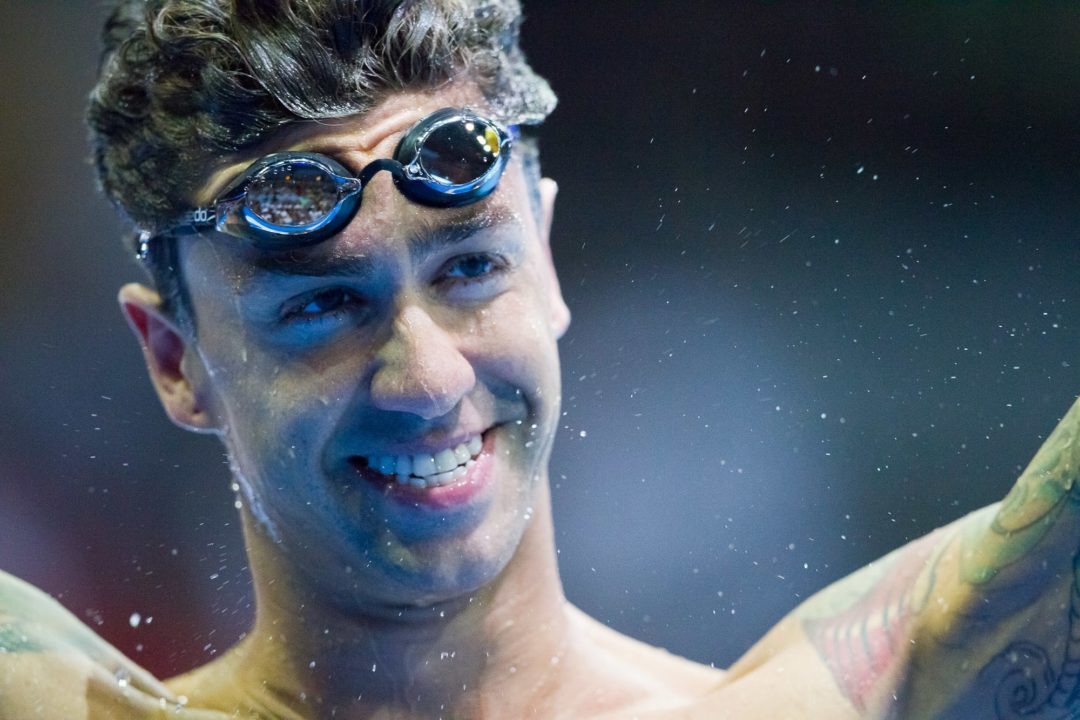 Swim News: "Anthony Ervin, Kara Lynn Joyce, Kim Vandenberg and Connecticut's own Madison Kennedy will be at the Hopkins School Pool from 1-5pm this Sunday to teach, but also to honor the families hit by tragedy in Newtown, CT." (Swim Photo Credit: Tim Binning, theswimpictures)

Four of Team USA’s finest Olympic swimmers will be in New Haven, Connecticut on Sunday Jan 6th, inspiring swimmers in the area, explaining how they went from summer league swimming to the Summer Olympic Games in London.  Anthony Ervin, Kara Lynn Joyce, Kim Vandenberg and Connecticut’s own Madison Kennedy will be at the Hopkins School Pool from 1-5pm this Sunday to teach the swimmers. They are also honoring the families hit by tragedy down the road in Newtown, CT.

All swimmers in the area are invited to attend for a $100 donation and any member of the Newtown Torpedoes can attend free.  Contact [email protected] or call 203-494-5704 for more information.

The Newtown Charity Swim Clinic with the 4 Olympians was the idea of head coach Chuck Elrick’s daughter.  Coach Elrick has been coaching at the Hopkins School for over 20 years and has hosted numerous Olympian visits in the past to inspire his swimmers.  His daughter suggested why don’t we have another clinic now to help out our neighbors in Newtown, CT.  So Chuck called the director of the Mutual Of Omaha BREAKout Swim Clinic, Josh Davis, to see if any Olympians would like to participate.  3 time Gold Medalist, Davis, who oversees the 100 city tour of Olympic Swimmers said:

“All of the USA team sends their prayers and support but these 4 were able to adjust their training schedule to help out Newtown in person this coming Sunday.  Mutual of Omaha is going to donate the goody bags which contain 2 dvd’s, poster, notebook and a t-shirt that says, ‘I raced a gold medalist today! What did you do?’  Most swim families pay $50 for an hour private swim lesson but here you are getting 4 Olympians for 4 hours plus a $40 goody bag.  For a kid to say I raced Anthony Ervin or Madison Kennedy…priceless! To spend a day swimming with your heroes for a $100 donation is a steal and it’s all going to a great cause.”

Coach Chuck Elrich has hosted numerous Mutual of Omaha BREAKout clinics at his pool before but never has there been 4 USA swimmers at once!  Passionate about excellence in the pool and in the classroom Coach Elrick also knows the importance of reaching out and giving back.  “This is one little way we can help fill the need and encourage our neighbors down the road.  I felt a clinic in honor of Newtown would be a great way all of us in the swimming community can do something tangible.  The USA swimmers donate their time to be with the kids and the kids and parents can donate to Newtown.  It’s a win-win.  This clinic will be great memory for these swimmers about how they helped with something bigger than themselves and possibly be a turning point in their career.”

As mentioned every swimmer on the Newtown Torpedoes Swim Club is free!  All other swimmers in the area cost is a $100 donation made to HMST.  The four USA Swim Team members who will be teaching on Sunday are:

Anthony Ervin was one of the young stars of the 2000 Sydney Olympic Team and accomplished everything in the sport in just a few years of graduating high school.  Disallusioned with the rapid success and the demanding schedule of the sport, Anthony retired and basically disappeared for almost 10 years.  He traveled the world, taught swimming in New York, learned guitar, split some time between San Francisco and his hometown of LA.  While teaching swimming in New York and working other odd jobs to feed himself he realized the life he had as professional swimmer wasn’t so bad after all.  And the technique and attitude he taught his swimmers made him think about training again also.  So almost two years ago, Anthony moved back to Berkeley, CA and started showing up to practice.  When most thought it was impossible, Anthony became the comeback story of the London Olympics qualifying for the 50m free. He just missed a medal but his grateful attitude to be racing and training for the USA is so contagious that he has become a team and fan favorite.  He just broke the American Record last month in the 50m free and looks to continue on to Rio.

Kara Lynn Joyce, originally from New York is one of the few females in US history to make 3 Olympic Games, Athens 2004, Beijing 2008 and London 2012.  She won a total of 4 Olympic silver medals during those Games but her college her career was legendary.  She led the University of Georgia to their first national championship in 2004 and in 2006 was named swimmer of the year by becoming the first female to win the 50, 100 and 200yd freestyles.

Madison Kennedy is one of Kara Lynn’s fiercest rivals, but they are also teammates and friends.  Madison originally from Avon is the fastest woman ever from CT and is training to compete in Rio 2016.  Madison was very excited to take time off training in Charlotte, North Carolina to return to her home state.  Madison had this to say about the clinic on Sunday.  “All of America was moved by the deaths at Sandy Hook Elementary last month and wished we could do something.   But I was especially sad because I’m from the area.  Hopefully our time with swimmers of Newtown and the surrounding area will brighten their outlook and refresh their spirits.  There is one thing every swimmer on the US team has in common…overcoming adversity.  Every single one of us has had to learn to persevere, focus on the positive and never give up.  We just want them to know the USA swim team is behind them and thinking of them.”

Kim Vandenberg has become an ambassador for the USA because she is one of the only USA swimmers to have trained and lived all throughout Europe.  After winning a silver medal at the 2008 Beijing Olympics Kim trained in Portugal, France, Italy and raced all over the world.  Her medal is in the freestyle but she is also world ranked in the 200m butterfly, one of the most difficult events.  Kim returned home last year to the Bay area in Berkeley, CA to train with the first female Olympic Coach and 2 time National Champion, Terri Mckeever and training partners Natalie Coughlin and Dana Vollmer.  Kim has become an accomplished speaker and clinician having been teaching with Mutual of Omaha BREKAKout swim clinic tour since 2007.

Mutual of Omaha has been a major sponsor of USA Swimming since 2001 and the Olympian Tour called the Mutual of Omaha BREAKout Swim Clinic since 2007.  Mutual of Omaha has sponsored over 500 clinics for kids with over 30 USA team members to over 400 different cities.   For more information on the tour check out www.breakoutswimclinic.com or call 210.494.9617

Want to sign up for Sandy Hook Swim clinic.

Sorry about that, Louise! I just updated the page with the contact info, etc. It’s at the end of the post.

Great to hear that those 4 olympians will give thier own time back to the community , specially
to that wounded area . Wonderfull spirits .