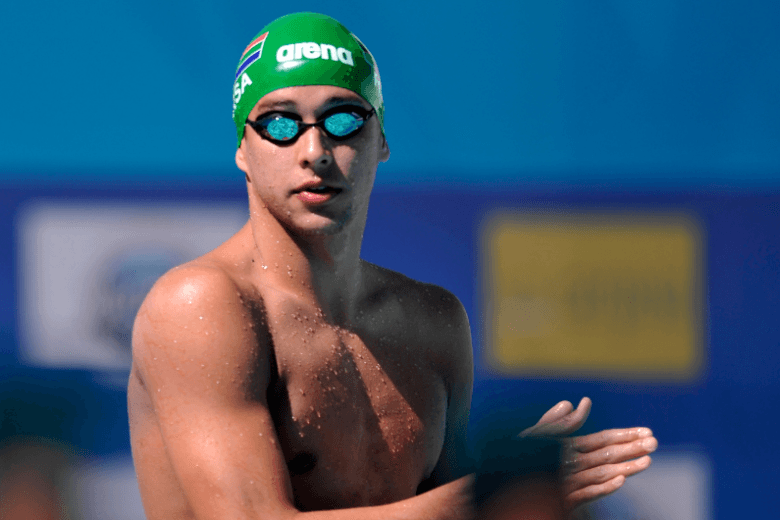 Olympic gold medalist, Chad Le Clos, has been nominated to be Cosmopolitian Magazine’s Sexiest Man in South Africa, according to the Time’s Live.

Le Clos’ rise to fame has been meteoric. As recently as the 2010 Youth Olympics in Singapore he won five medals, a competition Michael Phelps stumped for as an Ambassador promoting the Olympic movement. Two short years later, le Clos upset Michael Phelps in, arguably, his best event, the 200 meters butterfly. Le Clos also collected a silver in the 100 meters butterfly at the 2012 London Olympic Games.

Cosmo’s readers have voted for their top choice. At a Johannesburg party, January 31st, the SA Sexiest Man will be named.

While the nominees are preparing for holiday, the Time’s Live asked them if they’d be in the gym, working out, staying sexy. Le Clos told the magazine:

“No [to going to the gym], Christmas is a time for family and giving, so that is one day that I don’t train. I eat anything I like, but in moderation. When I do cheat, it’s with milk shakes and chocolates.”

The Cosmopolitan panel was swayed by the big, sweaty, burly-man who looked like he was about to have a heart attack, who called Le Clos a “beautiful boy” during the Olympics.

Oh wait, that was his dad.

Amen to this nomination.