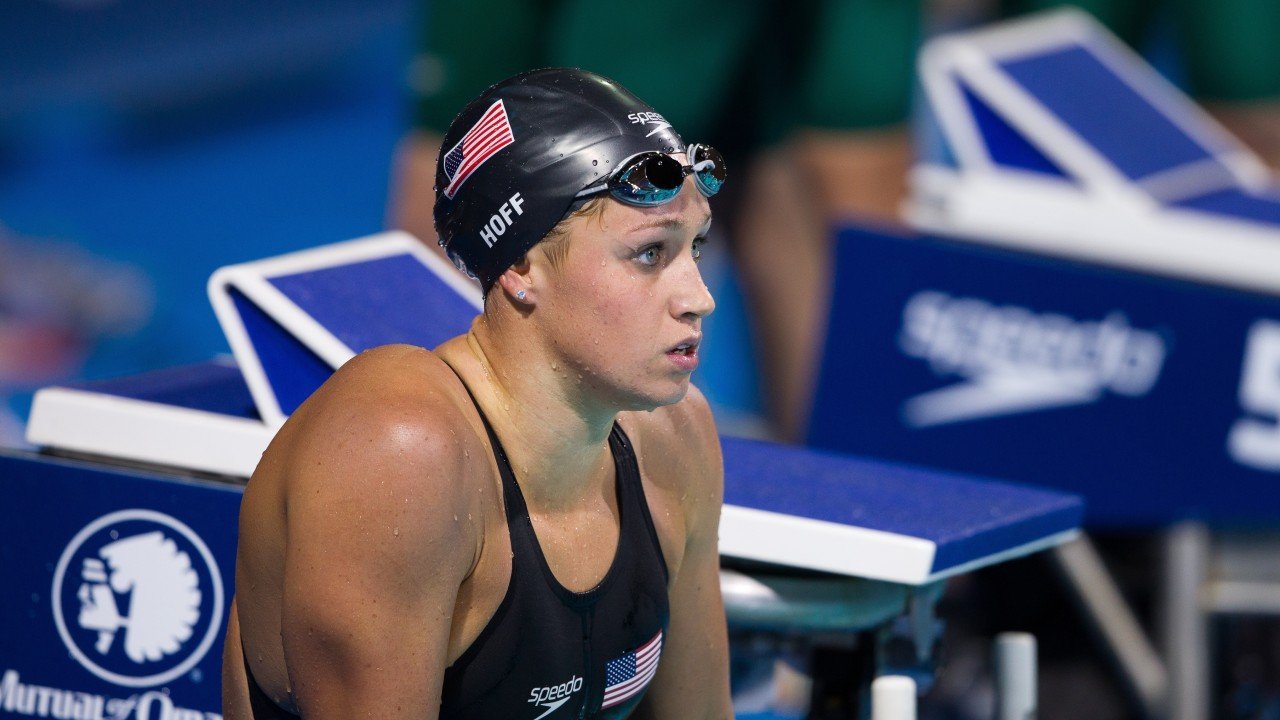 Olympic medalist Katie Hoff, who retired from competitive swimming in December 2015, was inducted into the Maryland Swimming Hall of Fame this past weekend. Archive photo via Tim Binning/TheSwimPictures.com

A two-time world record holder, Hoff competed for Team USA at the 2004 and 2008 Olympic Games. She collected 3 Olympic medals, 12 World Championships medals and was a 14-time U.S. National Champion. Hoff made her first Olympic team at age 15 while swimming for North Baltimore Aquatic Club (NBAC).

Hoff had missed making the U.S. Olympic team for the 2012 Olympic Games in London and took an extended break from competition only to return to her passion in 2014. Her comeback effort started very strong, but health problems derailed her past two summer seasons.

In 2014 was forced to scratch out of both U.S. Summer Nationals and the Short Course World Championships due to blood clots in her lungs that made air travel dangerous and difficult.

Since retiring, Hoff has been working with the National Blood Clot Alliance and even appeared in a blood thinner commercial.

Great career. Multiple world golds. I remember very well her 400 IM in 2007 in Melbourne when she broke the world record. She was so strong that year. I think the magical suits have killed her 2008 olympic year. It has allowed new people to beat her times. Same remark about Laure Manaudou in 2008. And Katie never won that deserved individual olympic gold. She has never been replaced in the US women’s team so far. We are still waiting for the new versatile young US female prodigy dominant in IM events.

Great career. One of the most versatile swimmers. It was heartbreaking when she got sick for the 2012 Olympic Trials and didn’t make the team, but she made the 2004 and 2008 teams getting a silver and two bronzes. Congrats on Hall of Fame induction.