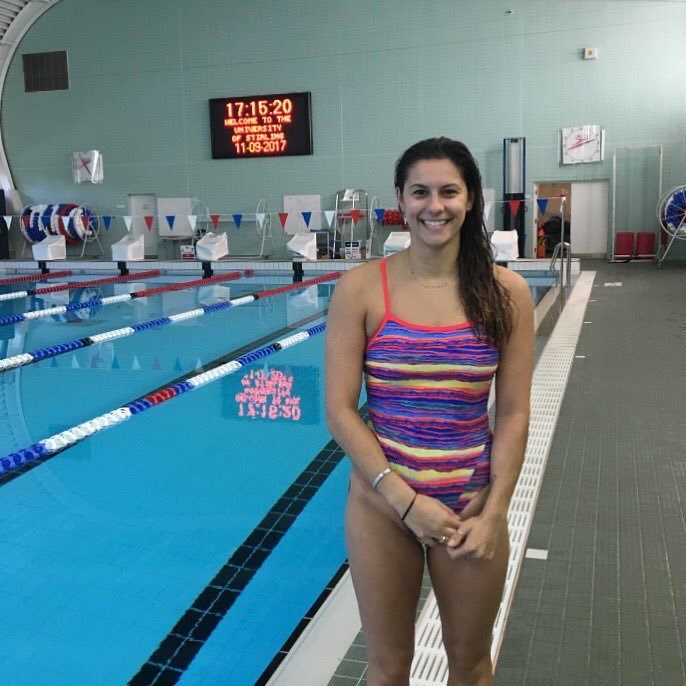 After seeing her longtime National Senior Squad of the London Aquatics Centre Performance Programme (LACPP) abruptly cut, Olympian Aimee Willmott was on the hunt for a new program. As of earlier this month, Willmott confirmed to SwimSwam that she will now be based at the University of Stirling, a solid breeding ground of talent of which fellow elite swimmers Duncan Scott, Ross Murdoch, Craig Benson and Kathleen Dawson call home.

“I’m just disgusted at the way in which we received this information. It ultimately means that there are now life changing decisions to be made,” was how Willmott described the experience of her and 7 teammates receiving their squad-cut notification emails back in June. The 24-year-old was a 400m IM finalist at the 2016 Olympic Games and won 2 silver medals prior to that at the 2014 Commonwealth Games in Glasgow.

In 2017, Willmott secured the silver medal in the 400m IM and earned a spot on the British roster for this year’s World Championships. However, she had to pull out of the competition due to a nagging knee injury.

Steven Tigg remains as a Head Coach at Stirling, however, his partner in crime, Ben Higson, has moved on to become Swim Ireland’s National Senior Team Head Coach.