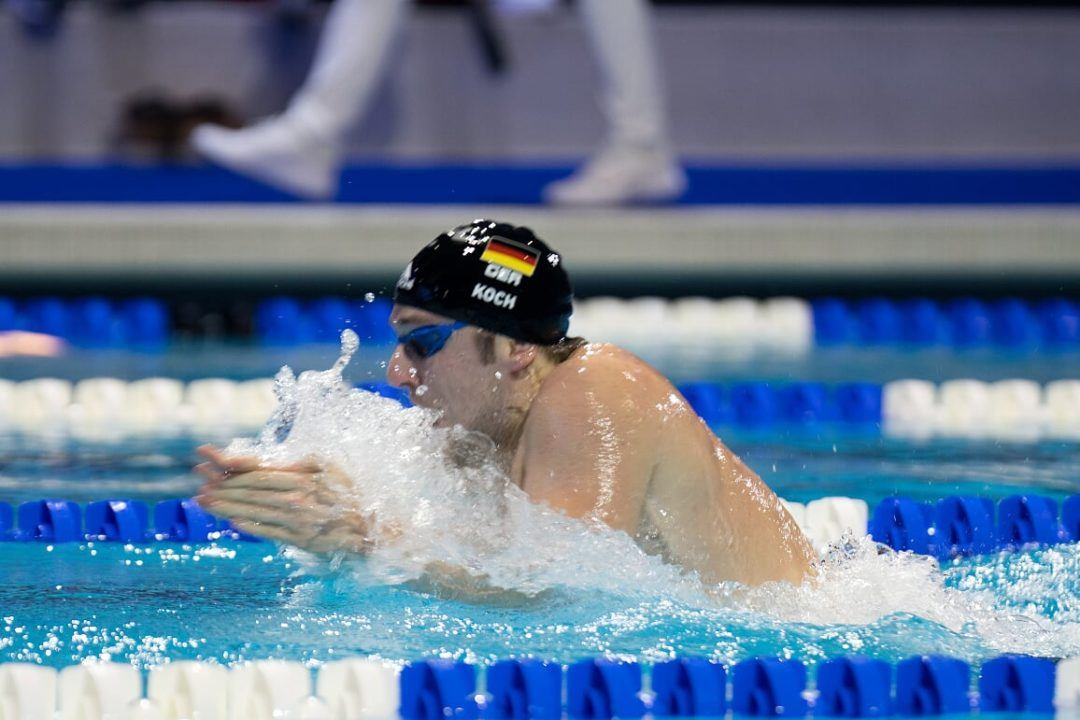 German Olympic athletes like Marco Koch will now be able to have much more flexibility and freedom in sponsorships and advertising during the Olympic Games. Archive photo via Kevin Reust

After a groundbreaking ruling this week in Germany, the nation’s athletes and their sponsors will enjoy considerably enhanced advertising opportunities during future Olympic Games.

We reported back in May of last year that the Athletes Commission of the German Olympic Sports Confederation (DOSB) wrote an open letter to the President of the International Olympic Committee (IOC), Thomas Bach, demanding a reform of the Rule 40 of the Olympic Charter. Rule 40, bye-law paragraph 3 of the Olympic Charter provides that,“Except as permitted by the IOC Executive Board, no competitor, coach, trainer or official who participates in the Olympic Games may allow his person, name, picture or sports performances to be used for advertising purposes during the Olympic Games”.

Essentially, this means that any advertising between 9 days before and 3 days after the end of the Olympics is banned, including  the images, likenesses, or other endorsements of Olympic athletes, unless those advertisements are by official Olympic partners.

On February 27th, however, the German competition authority ruled that the restrictions of advertising opportunities by the German Olympic Sports Confederation and the International Olympic Committee (IOC) were too far-reaching and thus constituted abusive conduct. (Lexology)

As a result, several components of Rule 40 have now been relaxed for German athletes, giving them more power and flexibility in how they promote themselves during the Olympics. As listed on the Bundeskartellamt website, here are the notable revisions:

There is no word on how this decision in Germany will impact other nations. However, the issue may be discussed by the IOC Executive Board at their upcoming meeting at the end of March in Lausanne.

In the meantime, the IOC has issued a short statement that reads, “With its decision, the [Bundeskartellamt] recognized that there are legitimate reasons for restricting individual athletes’ advertising opportunities in order to ensure the ongoing organization of the Olympic Games. At the same time, any implementation of Rule 40 at the national level necessarily has to take all applicable laws and regulations as well as pertinent case law into account, in this instance, particular German case law”.

Andreas Mundt, President of the Bundeskartellamt, stated post-decision, “We ensure that the advertising opportunities of German athletes and their sponsors during the Olympic Games, which the DOSB and IOC significantly restricted in the past, are extended. While athletes are the key figures of Olympic Games, they cannot benefit directly from the IOC’s high advertising revenue generated with official Olympic sponsors. However, as the games mark the height of their sporting careers, self-marketing during the games plays a very important role. Our decision grants German athletes more leeway when it comes to marketing themselves during the Olympic Games, for example as far as the use of certain “Olympic” terms or their pictures taken in sports events, or social media activities are concerned. Sports associations pursuing economic activities are also subject to competition law.”