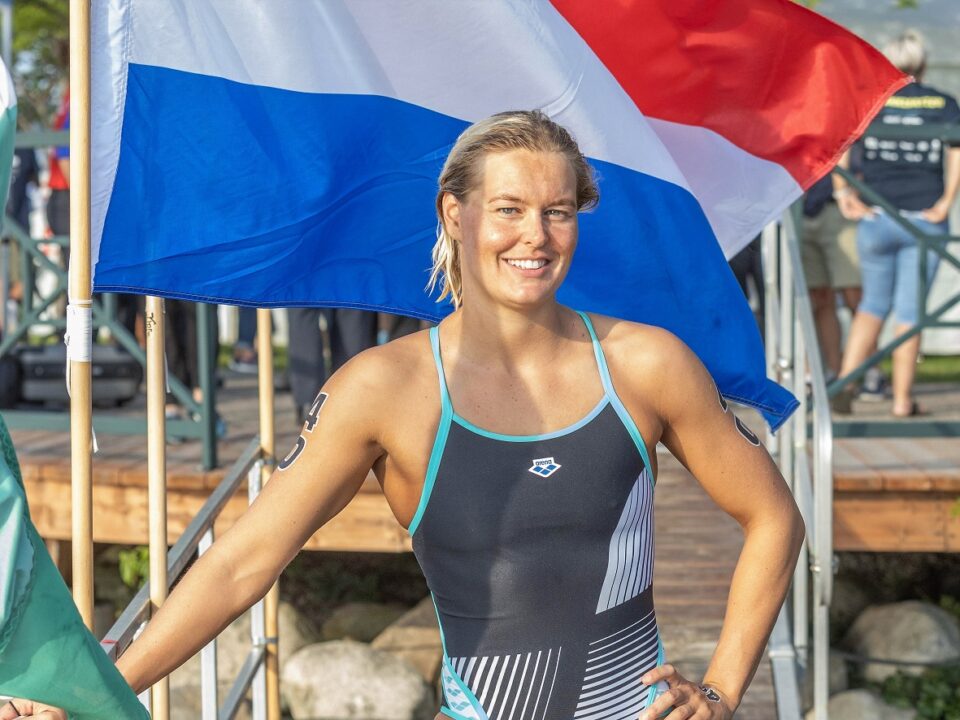 The 50th edition of the aQuellé Midmar Mile is headed back to KwaZulu-Natal, South Africa with a big boost to the women’s competition.

Racing at the annual open water event for the first time is Olympic champion Sharon van Rouwendaal of the Netherlands.

29-year-old van Rouwendaal is the reigning 10k world champion after having claimed gold at the 2022 World Championships in Budapest. That was a follow-up to her silver in the same event at the 2020 Olympic Games after having been crowned Olympic champion in 2016.

“I haven’t been in South Africa before but I’ve heard about the Midmar Mile a lot because I saw all these big athletes going there every year,” van Rouwendaal said. “It’s super-famous and it’s also known as one of the biggest events with the most people participating.

“I’m looking forward to meeting new people and trying to motivate or help all the people there. I hope I can inspire them and have a positive vibe and enjoy the beautiful atmosphere.”

The open water ace continued, “I don’t know who is participating in the event so I’m not super-confident about winning but of course you want to win it when you come over. I will give my 100 percent and try to win it but I think the main thing is to have a good time with everybody and enjoy the moment.

“I feel good about swimming just 1.6km. It’s going to be a really fast race from the beginning on, I think. Normally when we do a 10km we try to build it up and pace it until the end. But not with 1.6km – you’re probably going to start at a high pace and keep it up until the end.”

Prior to arriving at the competition, van Rouwendaal will be undergoing altitude training for 10 days in Pretoria.

Additional competitors expected in Midmar are Catherine Breed and Chad La Tourette, winners of the Walmart OZ Mile Swim which took place in Arkansas. As part of a reciprocal agreement, the winners of the MidMar Mile will then compete in the next edition of the OZ Mile.

The Midmar mile is one of RSA biggest open water races. I hope to race this in the future!

Looks epic. Sharon is a champ