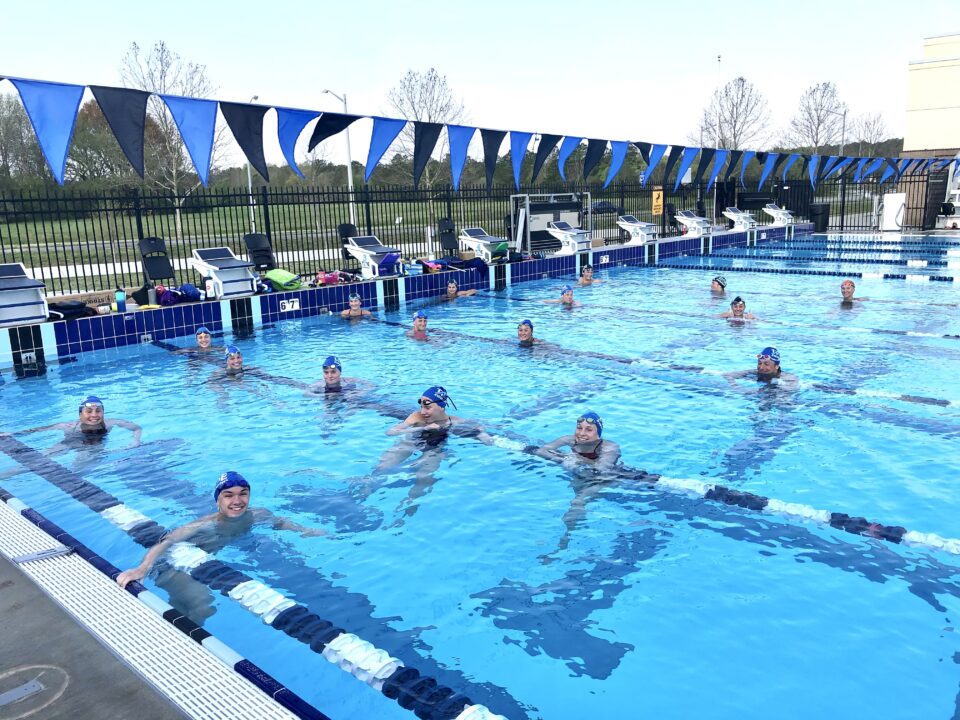 TIDE Swimming is kicking off their long course season with a prelims/finals meet this week, where they'll be joined by some big names from across the state. Current photo via Carrie Duffy

TIDE Swimming in Virginia Beach, VA, is kicking off their 2021 long course season with the Tide Spring Showcase, a meet that falls somewhere in between a regular age group local meet and a larger meet like the Pro Swim Series. There are qualifying times means that the number of entries is fairly low, but the meet will still have a prelims/finals format. Beyond the normal continent of swimmers from TIDE, along with NCAP and a few other big Virginia club teams, a handful of big professional names will be making the drive across the state to swim.

Yet another former Longhorn is also entered — Austin Temple, who grew up swimming on Tide before competing for Texas from 2014-2018. Per the USA Swimming database, this appears to be his first long course meet since he graduated from Texas, and he’s the top seed in the 100 breast with a 1:01.99.

Of course, there will be plenty of age group talent represented, as well. Samantha Tadder, who’s committed to Stanford for next year, holds the top seeds in the 100 breast, 400 IM, 800 free, and 200 fly, and is seeded #2 in the 400 free. Tide teammate Kayla Wilson, who back in December broke a Virginia LSC record previously held by Olympic gold medalist Whitney Hedgepath, is seeded 2nd in the 50 free, 100 free and the 100 fly behind Osman, and is seeded first in the 200 free. UVA commit Sophia Knapp, also of Tide, holds the top seed in the 400/1500 free and is seeded second in the 200 and the 800.

Competition begins this afternoon with timed finals of the 1500 free, and will continue with a prelims/finals format over the next three days. The meet will also be livestreamed here.