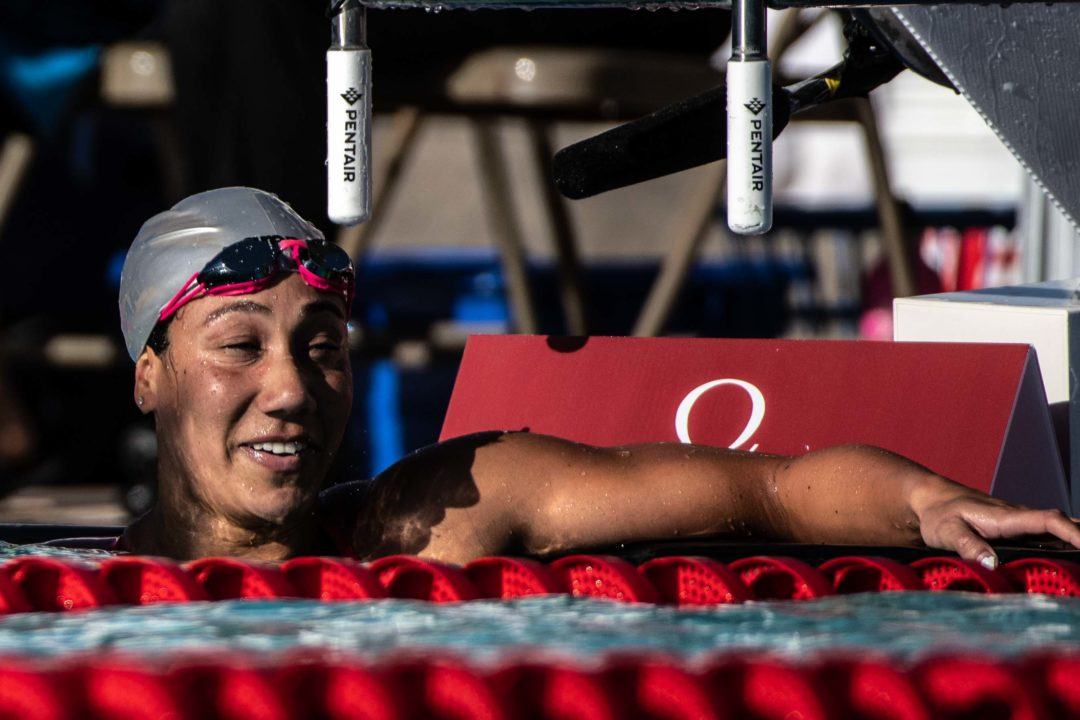 Osman, 23, graduated from Cal in 2017 and had continued to train under coach Teri McKeever in her pro career thus far.

“There comes a point in any person’s life where the environment they are in is now second nature,” she said. “I have to be honest with myself and try out something different, so I can continue to grow. I think change is always good to maintain the excitement for the sport.”

Osman began her international career at the young age of 12, winning the 50 fly at the 2007 Pan Arab Games. Since then, she’s solidified herself as the most successful female Egyptian swimmer in history, now owning national records individually in the long course meters 50 fly, 100 fly, 50 free, and 100 free; she also has the short course meters records in the 50 and 100 fly.

She represented Egypt at the 2012 Olympics in the 50 free, placing 42nd, and then in 2013 became the first Egyptian to qualify for a World Championships final. In 2017, Osman won Egypt’s first-ever World Championships swimming medal by nabbing bronze in the 50 butterfly. In her time as an undergrad at Cal, Osman was a multi-time Pac-12 conference and NCAA champion, as well as team co-captain her senior year.

“For me, it is a bittersweet moment in my life that my chapter at Cal is coming to an end,” she said. “This decision has been the hardest I’ve ever had to make because the memories that I created here will forever be unmatched; Cal, Teri, and the whole Cal family is my home far away from home. I owe everything to this program and Teri because they have given me access to things and have provided me with the best opportunity to be the best version of myself.”

She added: “When I arrived from Egypt as a freshman, I was like a bag of individual puzzle pieces. Cal and Teri have helped me put these pieces together to become an individual NCAA Champion and World class swimmer. Teri has been my mentor and has taught me not only to be a great athlete and swimmer but also how to be a true a leader.”

In order to devote adequate time to getting settled in Virginia and working on various projects she has going on abroad under her recently-established Farida Osman brand, Osman has declined her spot on Egypt’s 2018 FINA Short Course World Championships team and is focusing on the 2019 FINA World Championships Gwangju, South Korea – she may race also some of the 2019 TYR Pro Swim Series in the interim.

At Virginia Tech, Osman will join a pro group that already boasts veterans Kevin Cordes, Chuck Katis, and Marcelo Chierighini; Lopez also told SwimSwam in June that a number of other international pros are expected to arrive in January.

Yes, because Sergio López has not experience coaching sprint flyers. Only Schooling, It seems. Maybe Albert Subirats knows something about fly

I wish Sergio would just focus on the college team….

Berkeley to Blacksburg will be an interesting transition. The Virginia mountains are beautiful, but very different than the Bay area.

Given she adapted from Egypt to Berkeley, she’ll probably be alright with the change.

Speaking as someone who’s been living on the road for the last 6 months…yes, the Virginia mountains are different than the Bay Area, but for anybody with any modicum of flexibility in their personality, everywhere is everywhere, especially within a country like the US. There’s differences, she’ll probably have to look a little harder for kale drinks, but especially college town to college town, they’re more alike, my friends, than they are unalike.

I went from Houston to Montreal, culturally about the two most diametrically opposed places you can find on this continent (although I did happen across an outdoor line dancing class in a park in Montreal one day), and it was no big deal.

“We got both kinds….country AND Western”