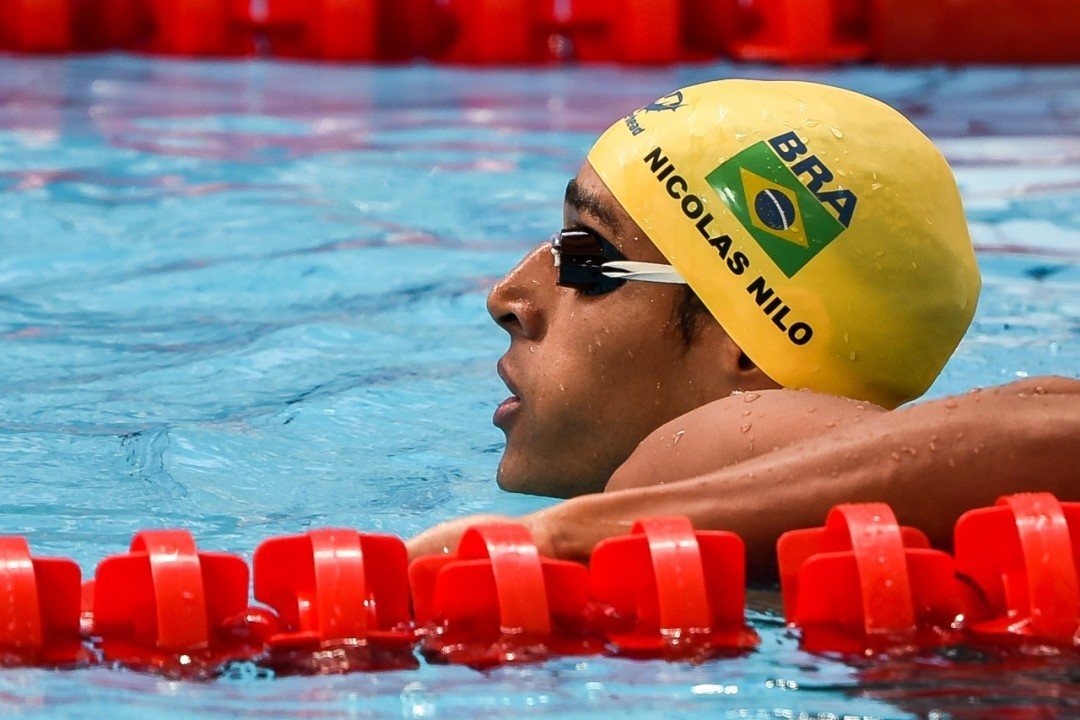 Full results At the Metropolitan Trophy meet, with less than a month before the Maria Lenk Trophy (AKA Brazilian Olympic... Archive photo via Peter Sukenik/www.petersukenik.com

At the Metropolitan Trophy meet, with less than a month before the Maria Lenk Trophy (AKA Brazilian Olympic Trials), Nicolas Oliveira dropped a sub-49 second performance in the 100m free to win the event.

Finishing second in the event was Henrique Martins at 49.90. Martins, the 24-year-old who won two golds and a silver at the 2015 World University Games, also found himself on top of the field in the 100 fly. He clocked a 53.01, off his ninth ranked time in the world of 52.14 from the Brazil open.

The Maria Lenk Trophy begins on April 15th and runs through the 20th. Click here for more info on that meet.