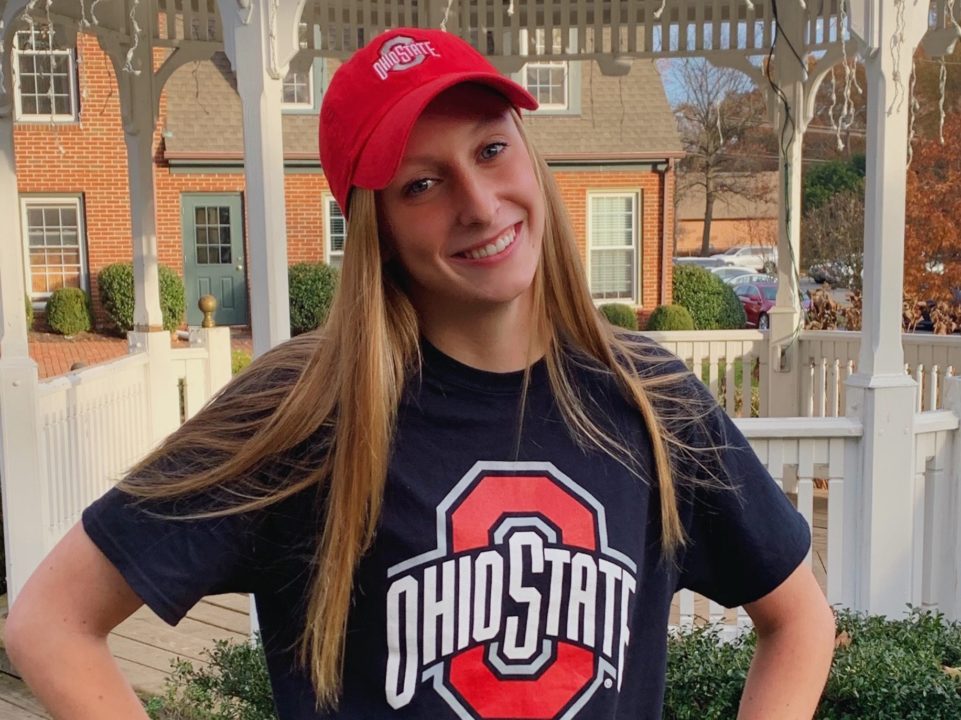 In a meet that was packed with fast swimming, Paige Hall, who is committed to Ohio State, swam to five new best times across the two days of racing.

Over the weekend, Machine Aquatics hosted a 2-day intrasquad meet in order to give the team’s athletes an opportunity to race. Each day was split up into four separate sessions, allowing the team to follow social distancing protocols by limiting the number of athletes on deck at the same time. The meet was swum entirely as mixed events, with boys and girls competing against each other in the same heats.

Taking first in the 400 IM was 22-year old, Colonial Athletic Association multiple event winner, and recent College of William and Mary graduate Chris Balbo. Balbo, who took second in the 400 IM at the 2020 CAA Conference Championships, was well off his best time, touching the wall in 4:09.48. On the women’s side, the top finish came from an uncommitted member of the class of 2021, Natalia Rongione. Rongione touched the wall in 4:38.17, less than a second ahead of Hannah Carmen (16) and only a second off of her best time.

The 100 free on day 2 of the meet featured a pair of college students as La Salle University’s Daniel Johnson and Williams College’s Aaron Stanton competed in the event. Johnson finished 3rd in 47.20, just .1 off his best time, while Stanton took 7th in 48.82.