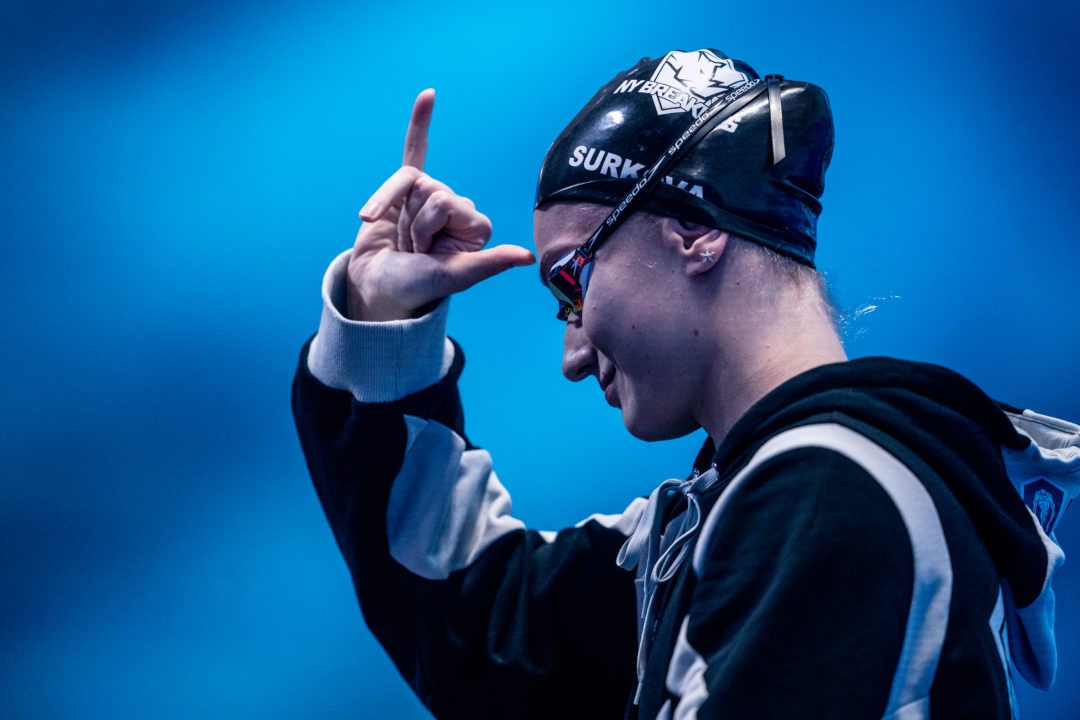 Russia's Arina Surkova took the women's 50m fly in record-setting time to close out her ISL season #2 tonight in Budapest. Archive photo via Mine Kasapoglu for ISL

Representing the New York Breakers in this semifinal #1, Russia’s Arina Surkova ended her ISL season 2 with a bang.

Surkova posted a winning effort of 24.87 to get the edge over runner-up Maddy Banic, Sjostrom’s ENS teammate, while Sjostrom settled for 3rd place in 25.04.

For Surkova, the 22-year-old’s time tonight represents her first foray into  sub-25-second territory, with her previous Russian standard marked by the 25.23 she logged in match #4.  To close out her season, Surkova now ranks 4th in the entire ISL for season 2.

The Russian contested the 50m fly skins at the end of today’s session as well, making it from round 1 to round 2 with a time of 25.16 before she was knocked out of the final round.