Not Done Yet: UC Regents To Discuss UCLA’s Move To The Big Ten At Upcoming Meeting 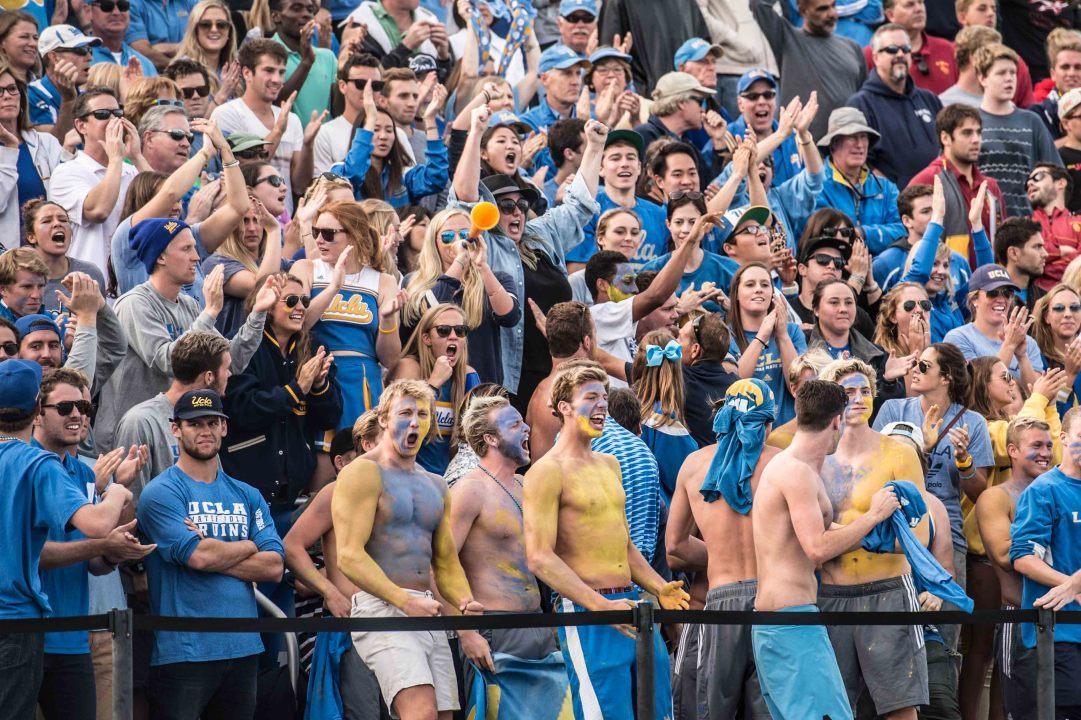 The University of California Board of Regents will discuss the school's proposed move from the Pac-12 in a closed session at its upcoming meeting on Sept. 22. Stock photo via Mike Lewis/Ola Vista Photography

UCLA’s move to the Big Ten appears to be far from a done deal.

The University of California Board of Regents will discuss the school’s proposed move from the Pac-12 in a closed session at its upcoming meeting on Sept. 22 at 10 a.m., according to the agenda posted on its website. The subject is listed as UCLA Big Ten Membership – Potential Legal Issues and Financial Impacts.

UCLA and USC were unanimously approved as Big Ten members on June 30, with the move slated to come into effect in August 2024.

UCLA’s departure specifically has been met with resistance from both the UC regents and California Governor Gavin Newsom, who was critical of the school’s lack of transparency and demanded an explanation for their reasoning.

Both parties expressed concern over how the LA school leaving would impact other UC campuses.

In a recent open session discussion on UCLA’s plans, general counsel Charles Robinson made it clear that the Regents had the authority to block the move by withdrawing the authority over conference membership delegated to each chancellor.

“For this particular matter, the regents could say, ‘We want to act and therefore we do not want the (UC) president or the (campus) chancellors to act in this area,’ and simply assert that,” Robinson said, according to The Mercury News.

While blocking UCLA’s move to the Big Ten is something that the Regents have the power to do, it would set a precedent that could have significant blowback.

As John Sandbrook, who was the chief of staff to former UC President Mark Yudof and a longtime UCLA assistant chancellor under Charles Young, said in a LA Times article in July:

“If the regents set the precedent that any action taken under delegations of authority can be undone by the board, any loan agreement for a new campus building, the acceptance of a gift, the naming of a building — all of those matters would then be subject to question.”

UCLA’s departure would result in a significant financial loss for the Pac-12, primarily due to the school’s campus being located in such a massive media market like Los Angeles.

Some have proposed that the Regents could insist that UCLA use its revenue distributions from the Big Ten to reimburse Cal for any losses incurred.

If I could guess what punitive action the UC Regents takes, UCLA could be required to share a portion of Big Ten TV revenue to Cal to offset financial damages from a diminished Pac deal.

If Cal joined the B1G, that value would be zero. So UCLA should support a Cal B1G invite.

If UCLA is blocked, USC would still depart for theB1G and the Big Ten would then add Oregon or Washington or both.

I think that they would try to go for another private institution to add to the conference just in case they’re problems again with the state letting Oregon or Washington join.

Maybe…but can you think of another private school that would be worth it? In swimming it’s easy to say Stanford, but I’d love to hear why Stanford isn’t already being heavily courted. There must be a good reason for that.

I think they’d go down the road with Washington before they’d just ‘settle’ for another private school. The list of private schools with enough cachet for this is very, very short. Notre Dame is at the top of the list by a country mile, but Notre Dame/Big Ten feels independent of what’s happening with USC/UCLA.

All of the commissioners keep preaching ‘patience,’ that they’re not going to rush. Maybe they’d approach Washington or Oregon differently, but I still think… Read more »

If UCLA was blocked from joining, do we think USC would still make the move?

My personal opinion is that they would. That’s still a big pot of money. I think the calculus by the Big Ten would be “well, the Pac-12 is dying anyway, so having USC/the LA market will continue to grow in value, even without UCLA.”

“This market appears to be the main reason why the Regents are contemplating taking action and blocking UCLA’s move out of the conference, but not USC’s.”

Slight error: USC is a private university and isn’t subject to the UC Regents.

I still have zero clue why they’re leaving in the first place. This move makes no sense. Geographically and culturally separate. Financially taxing. Just for the big conference name and potential TV deal? How much money were these school ADs paid to make this decision?? These schools can compete against each other individually. They don’t need to be in the same conference to do it.