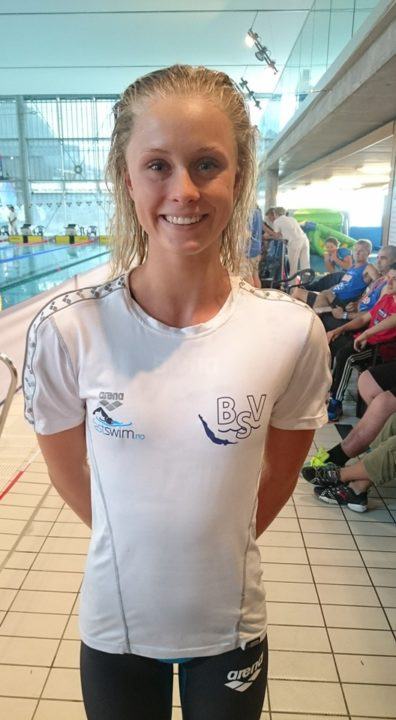 Elise Næss Olsen, a fly/free specialist from Norway, has made a verbal commitment to Florida State University for the 2017-18 season. Current photo via Elise Olsen

Elise Næss Olsen, a fly/free specialist from Norway, has made a verbal commitment to Florida State University for the 2017-18 season. At only 19, Olsen already has a list of stamps in her passport from representing Norway in international competition. She holds several Norwegian junior records -in both short and long course meters- in freestyle, butterfly and backstroke.

“Having considered a number of excellent programs I decided on FSU for several reasons; As a sprinter, I very much like and agree with Coach Studds´s training philosophy and the chemistry was great from day one with him and his coaching staff.  The «tailored and individual» approach recognizing each athletes background and need is something that played a key role in my decision. FSU has the facilities and resources to build a great program and I am very much looking forward to be part of its development. Coming from Europe, the fact that Coach Studd’s has a background from European swimming was played a significant role in my choice of going FSU.”

Her top times are: