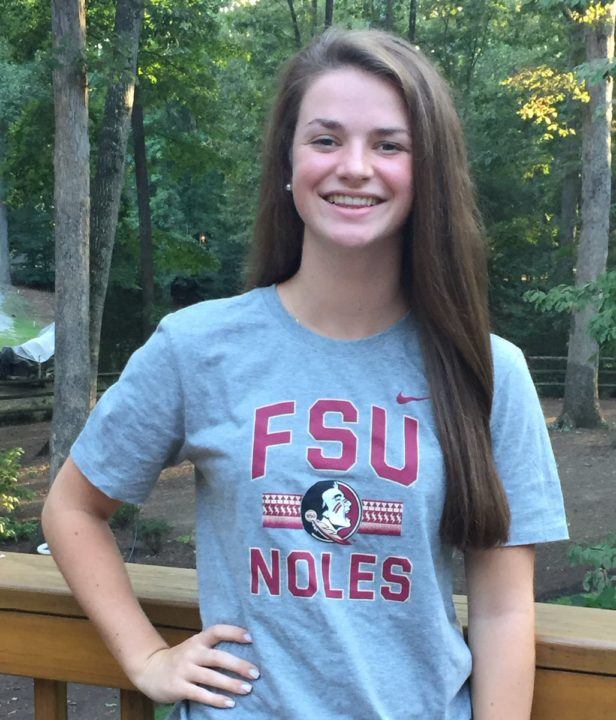 Hailey Ladd of Poseidon Swimming and Trinity Episcopal School in Richmond, Virginia made a verbal commitment to swim for FSU in 2017-18. Current photo via Ted Sallade on Twitter

Hailey Ladd of Poseidon Swimming made a verbal commitment to swim for the Florida State University Seminoles for 2017-18. Ladd is a senior at Richmond, Virginia’s Trinity Episcopal School. At the 2015 Virginia Independent Schools Athletic Association State Meet, Ladd led off Trinity Episcopal’s record-breaking 200 medley relay (in 27.54). She was also a member of Trinity Episcopal quartet that broke the VISAA record in the 400 free relay in 2014. Individually, Ladd placed third in both the 200 free and 500 freestyle events in both her sophomore and junior years.

Poseidon head coach Ted Sallade congratulated his swimmer on her FSU commitment with the following tweet:

Ladd ended her junior year season on a strong note at the NCSA Summer Swimming Championships, where she finaled in the 200m free, 400m free, and 100m back. She notched personal bests in the 50/100m free and 100m back, earning her first Winter Juniors cut in the latter. Ladd’s top times include: