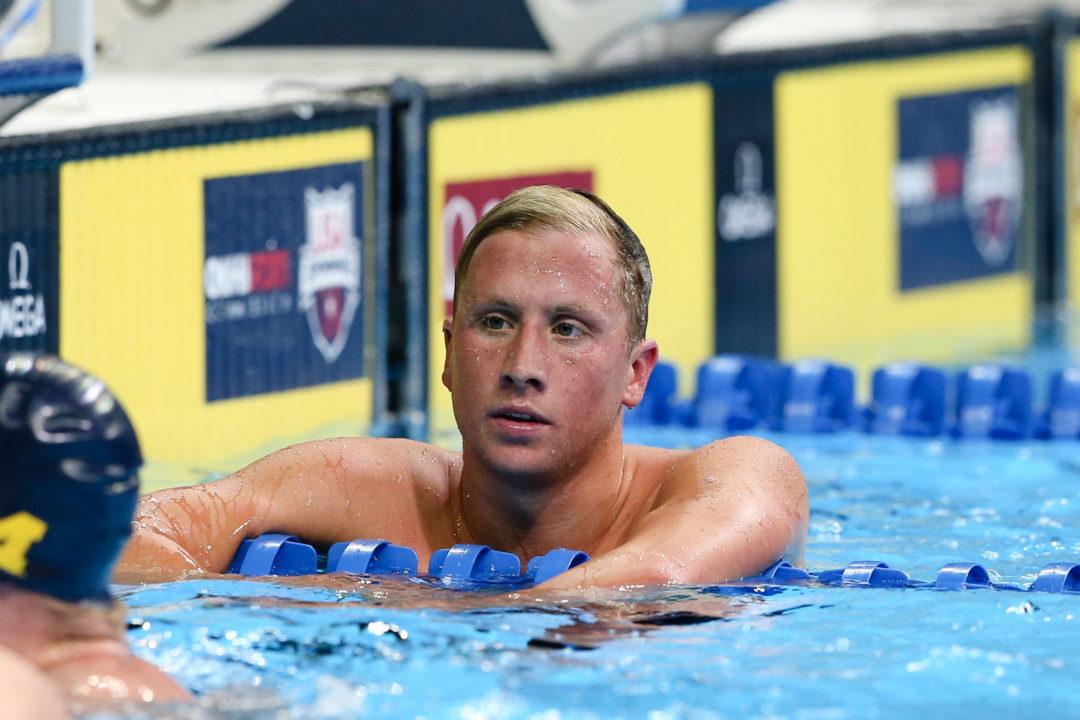 On the last day of the 2016 TYR Invitational, we finally got a chance to see 2016 Olympian Jordan Wilimovsky race his marquee 1650 free. As expected, he blew the field away, posting a 14:48.94 to win by almost forty seconds and just miss the NCAA ‘A’ cut by four seconds. His time positions him at the #3 time in the country this year, while he smashed his own Northwestern pool record by more than six seconds.

Meanwhile, Wildcat freshman standout Valerie Gruest Slowing continued her siege on the distance free events with a win in the women’s mile. Her time of 16:01.28 topped 2016 NCAA scorer Genevieve Miller of Air Force by more than ten seconds– Miller touched 2nd in 16:13.14. Moreover, Gruest Slowing chopped big time off of Lauren Abruzzo‘s meet and program record of 16:10.40. While Wilimovsky might be graduating soon, the Wildcats have reloaded with a new distance starlet in Gruest Slowing, who currently holds the #3 time in the country this year.